How much does television shape the world we live in? TV is surely more a reflection of society than a driver on it, yet there are some shows that have a significant impact on the way we live.

MasterChef, it is said, has in the past decade resulted in a foodie revolution, triggering ambitious attempts to recreate croquembouches and terrines across the nation. In the same way, can we assume that The Bachelor Australia has changed the way we pursue relationships? Has there been anuptick in people wooing their intended by taking them kayaking and then lighting a thousand candles in the living room? 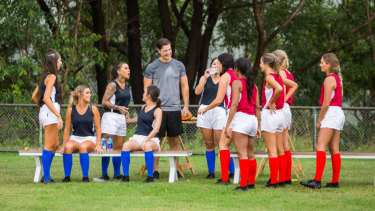 Game on: Matt Agnew selects his best players in The Bachelor Australia.Credit:Network Ten

One assumes that The Bachelor has not impacted our day to day lives to any meaningful extent, as most people still seem to prefer dating one person at a time to taking on a couple of dozen and eliminating them from their life one by one. In fact, on the whole, dating shows haven’t really changed the way we date: when Perfect Match was big in the '80s, for example, the public didn’t begin quizzing potential partners before seeing their face, then going to the Whitsundays for their first date.

But it's possible these shows influence us in more subtle ways. When we watch The Bachelor, we don't feel any huge desire to take a stranger on a river cruise, but if we watch for long enough, maybe we do begin to develop a vague sense that love is a lie and romance a myth.

That's not something you'll find in the press releases that the show puts out, but what other message are we supposed to take from a show where a man declares that the best way to find a life partner is to have 20-odd random women viciously battle each other for his attention? 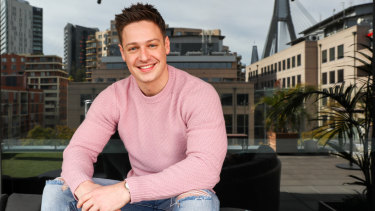 Matt Agnew turned to reality TV in a bid to find love, or something like it. Credit:Edwina Pickles

What else are we to make of a large group of women who enter a chase for a man without having the slightest idea who the man is, and then miraculously find he just happens to be the one they’ve been waiting for all their lives? How are we to interpret the doggedly insistent pretence put up that the Bachelor himself "organises" all the dates, when we know full well they're devised and set up by producers, who then shoot the man himself a text letting him know where to show up the next morning?

Clearly, this is not a show about the joys of love and romance: it's a show that exists to teach us that love and romance are illusory shams. The Bachelor sends the unambiguous message that in order to forge a lasting relationship, getting to know someone on a deep emotional level and building a powerful connection based on shared passion and intimate understanding is, on the whole, no more or less effective than pashing on with 20 strangers on a series of candlelit sofas in between forcing them to play football or shoot bows and arrows to prove their worthiness.

If The Bachelor method is a reliable way to find love, then frankly, love must not really be a thing.

Other shows have picked this theme up and run hard with it. Married at First Sight, a show best described as being about people who do not get married at first sight, promotes the idea that love is basically indistinguishable from hatred.

The newest addition to the genre is The Proposal, a show that gets people to propose marriage to someone they met for the first time in the previous hour. Now, we all know that there is simply no way these people can possibly have fallen in love during that hour. We know that the proposals in The Proposal are not the products of actual romantic commitment, but the show is telling us that this is as good a way of kicking off a marriage as any. If we accept the premise, we're accepting that love is, at best, unnecessary: at worst, it doesn't even exist. 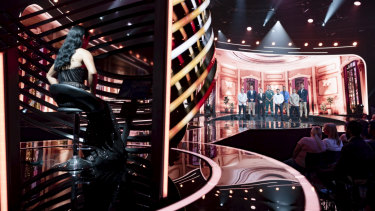 This might sound like I'm slamming these shows, but is it really such a bad thing that we have shows to teach us – particularly the younger generation – that love and romance are nothing but artifice?

In the real world, believing oneself to be in love is usually the first step on the road to pain and misery. It's probably a positive development that we have television programs that educate us on how unnecessary real love is. As The Bachelor shows us, all you really need to be happy is someone you can make out with in a pool, a group of attractive people to insult behind their backs, and a bland man who shows up at your house occasionally to give you a card. If you can manage to shut down a racecourse every now and then that’s good too, but not strictly necessary.

Isn't it a relief to know that you can have a long-term, fulfilling relationship, without risking the mess and confusion of "love"? It is to me. And without The Bachelor and its ilk, I'd never have known. We should all be eternally grateful.