The Walking Dead plot hole: Why did Walkers act differently in series pilot?

The Walking Dead wouldn’t be the gripping, high-octane horror it is without its flesh-eating Walkers. Over the past 10 seasons, AMC viewers have watched as fan-favourite characters have died at the hands of the reanimated corpses. However, an interaction Rick Grimes (played by Andrew Lincoln) had with one of the dead in the very first episode of the series has left fans scratching their heads.

How did Walkers act differently in TWD pilot?

In the pilot episode of The Walking Dead, an unsuspecting Rick Grimes awakens in a hospital.

Blissfully unaware of the apocalyptic-style outbreak currently sweeping the country, he had no idea what horror laid ahead.

So when he saw a little girl outside of a gas station, it was only instinct he try to talk to her.

Wearing his sheriff’s uniform, Rick spotted the blonde child among a pile-up of abandoned cars. 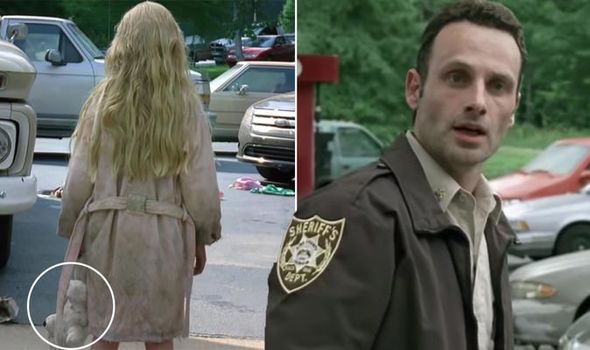 Rick heard her footsteps on the other side of the car he was standing on and laid on the floor to see who it was.

As he watched her feet shuffle along the pavement in her slippers, the girl bent over and picked up an abandoned teddy bear.

The little girl began to walk off but Rick called after her. 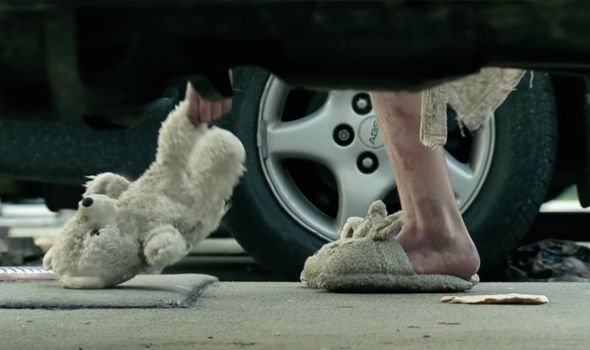 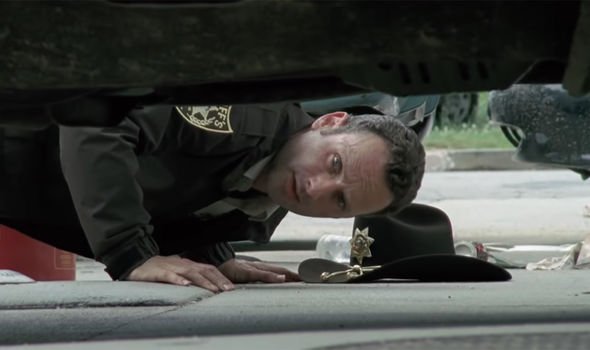 Little did Rick know the girl was actually a Walker and she turned around with a huge chunk of her face missing and clouded pupils.

Rick looked on in horror as the girl clocked on to where he was.

The Walker began running towards Rick who was forced to pull out his pistol and shoot her in the head.

While the tense and bloody nature of the scene isn’t atypical of The Walking Dead, the Walker’s capabilities are completely different from what fans have been used to.

There are two plot holes from the pilot scene which haven’t gone unnoticed – the fact the girl can run and the picking up of the teddy bear.

Throughout all of the subsequent 10 seasons, a Walker is never shown running towards one of the living.

Also, the Walkers’ intellectual capabilities are nowhere near high enough to register an object on the ground, let alone to then pick it up.

Numerous times in the series Walkers have walked into open holes in the ground, spikes and fires – why would this one have the nous to pick a toy up?

The blunder hasn’t gone unnoticed by YouTube viewers who have rewatched the scene online.

One TWD fan commented: “Hold on, these zombies back then were much faster AND picked up teddy bears and s***?”

A second added: “Why did the zombie girl (zombie), pick up the bear exactly?”

While a third picked up on another detail saying: “Dang that wife Walker tried to open the door, and this girl Walker picked up a teddy bear?!?”

Why this Walker could behave in this way was never mentioned on the series.

The Walking Dead season 10 returns to AMC in February 2020.