Home » TV & Movies » The Walking Dead World Beyond: Is Rick Grimes working for the CRM?

The Walking Dead World Beyond: Is Rick Grimes working for the CRM? The Walking Dead: World Beyond is a new coming-of-age series which tells the story of life after the end of the world through much younger eyes. The series follows a group of teenage friends who leave their university campus in Nebraska to locate Hope (played by Alexa Mansour) and Iris’s (Aliyah Royale) father, who had been helping the Civic Republic Military (CRM). The CRM also saved Rick Grimes (Andrew Lincoln) in the original series and fans believe he too could be working for the advanced group of survivors.

Is Rick Grimes working for the CRM?

The Walking Dead: World Beyond is different to the original series in many ways, but one of the main crossovers is the introduction of the CRM.

In the first episode of the sequel, CRM lieutenant Elizabeth Kubleck (Julia Ormond) is flown in to speak with the Campus Colony.

Her organisation, which is recognised through their use of black helicopters, helped save Rick Grimes after he sacrificed himself for the rest of the group in the original series.

Fans are curious to find out where the CRM is based, and they believe it could be Philadelphia, although Elizabeth tells Hope and Iris their father is in New York.

Wherever they are based, there is a high chance Rick is being held there against his will, as Elizabeth lied to the girls about their father’s whereabouts. 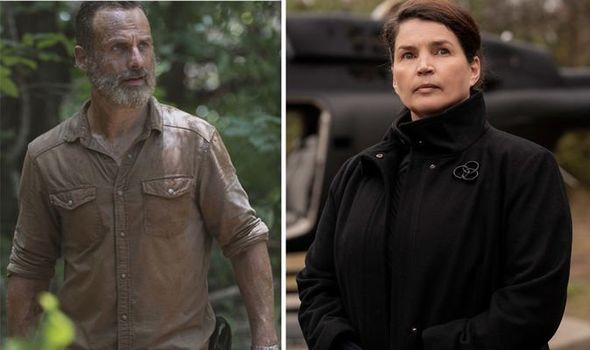 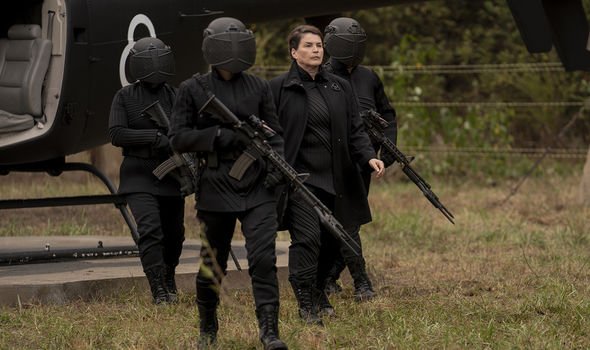 After she had given the girls the map to find their father and they had left the campus, she and her men killed the remaining survivors at the university.

Fans then discovered the CRM could in fact be an enemy group, and they may be using Rick as a weapon against other survivors.

Superfan George Drake explained the idea in a YouTube video, saying: “The obvious topic when it comes to World Beyond is Rick Grimes. By the time World Beyond is set, Grimes has been at the CRM for just over three years.

“From what we’ve heard, there’s a chance that he’s either a general for the CRM, which is unlikely if Rick knew what they were doing, or he’s working for them.

“We’ve seen what [soldiers] have had to do for Elizabeth, they are all killing innocent people at the order of some leader. 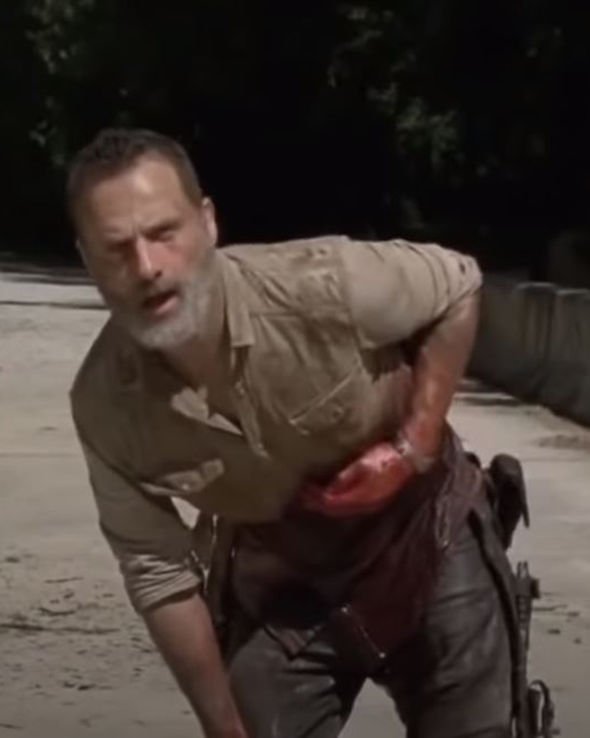 “The more information we get, especially of course from this episode is Rick Grimes is one hundred per cent being held against his will.

“There’s a chance he has lost his memory but that wouldn’t really affect much considering the CRM are either way going to hold him back.

“We know what happens to people who have seen what the CRM are up to.” In the sequel series Iris recalls to Elizabeth how the CRM does not let anyone in or out of their base, not do they let anyone communicate with their people.

Fans have given mixed reviews about the series so far but they are keen to find out more about Rick’s whereabouts. One fan said: “I found the episode underwhelming but definitely not enough to lose interest.

“I like where this is going, and it would be really interesting if Rick is a general in the CRM and makes an appearance. Seeing Rick Grimes from an outside point of view.” 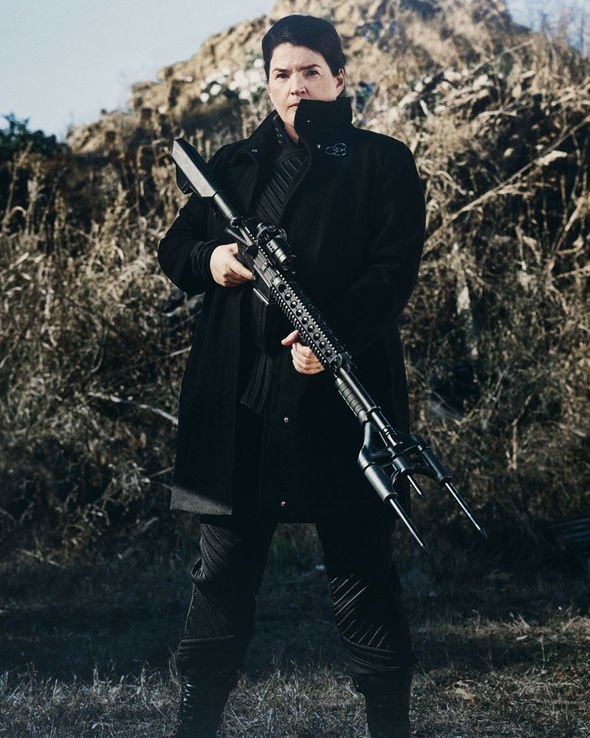 The cast members have spoken previously about the idea of coming across Rick on their adventures, and actress Royale said she believed Iris and Rick would make a great team.

If the group is successful in locating one of the CRM bases, there could be some references to Rick in future episodes. However fans may be sad to learn they probably won’t be seeing him in person.

Instead they will have to wait until the release of the Rick Grimes films in order to find out what happened to Rick after he was rescued by the CRM helicopter.

Plenty of fans have spoken positively about the series so far, with one saying: “I loved it, it was very well done and the kids feel so real, it reminded me of the kind of people I was in school with when I was their age and how they seem to feel about the world they live in is well thought out it seems and I am excited to see where they find themselves in the coming episodes and future second season, if I had to take a guess I would say that Elton I think his name was? With the suit, will be a rising star.

“He seems to have an inquisitive nature about him but also has the makings of a future experienced survivor, I can’t wait to see what they do with him, I think the shy guy might be the first to die of the kids but that only because very little about him has been revealed, he was new to the campus it seemed and he may come from a similar upbringing as Carl Grimes, he’s definitely the wildcard in my opinion.”

None of the original Walking Dead characters are due to cross over into the world of the sequel series due to the time jump.

Fans are keen to find out how Ormond’s character Elizbeth develops throughout the series, as she starts to come to terms with her actions at the university.

She has clearly sent the teenagers down a dark path, and the question remains as to whether she continues to lead them to their deaths.

The Walking Dead: World Beyond airs on AMC and Prime Video