In this edition of Theme Park Bits:

I wanted to start today’s Theme Park Bits with a book recommendation. That’s right, before we dive into the theme-park news, you might want to hear a little bit about Stephen Silverman’s new book The Amusement Park: 900 Years of Thrills and Spills, and the Dreamers and Schemers Who Built Them. Silverman’s book, which is available right now on Amazon, is an all-encompassing text that covers nearly a century’s worth of various theme parks from all across the world. If you thought that Disneyland was the start of the amusement-park craze, you’ve got a lot to learn. Silverman talks about everything from Disneyland to Coney Island’s rise to fame in the 1800s to the earliest pleasure gardens in Europe. Trust me when I tell you: if you like theme parks (and if you’re reading this, I’m taking a wild guess that you do), you’ll want to check this out.

Now, let’s get to the current state of theme parks. As you might have heard, Star Wars: Galaxy’s Edge is coming to both Disneyland and Walt Disney World. Walt Disney World’s summer won’t be quite as busy as Disneyland’s, because Disney’s Hollywood Studios won’t be opening its Galaxy’s Edge until late August. But Walt Disney World’s preparing itself for lots of guests, having just announced its plan for Extra, Extra Magic Hours at DHS, Animal Kingdom and the Magic Kingdom. For DHS, what this means is that through September and October, the park will open every day at 6 a.m. for any Disney Resort guests. Animal Kingdom and the Magic Kingdom will open at 7 a.m. during that period as well. It seems extreme (though Disneyland opens at 7 a.m. three days a week with its own Extra Magic Hours), but that’s just one more sign of how busy these parks will get. Make sure you’re ready to go super-early this fall, folks! 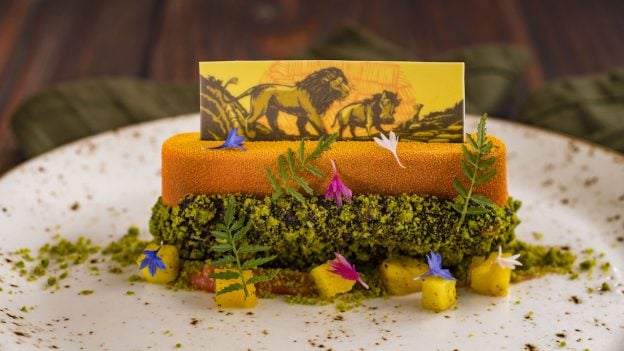 If you’re traveling to Walt Disney World this summer, never fear — there’s plenty for you to do as well. That includes getting a good meal at Jiko – The Cooking Place at Disney’s Animal Kingdom Lodge. Jiko is often rated one of the best Disney World restaurants to begin with, but starting June 30, you can indulge in a limited-time three-course experience themed to The Lion King. The experience also includes live music, as musicians play both “vibrant African melodies” and selections from the film’s soundtrack. The food looks quite delectable, including clam, lobster, and ribeye, too. Of course, you might think it’s a bit weird to eat meat in an experience themed to The Lion King, but…well, don’t think about it too hard. Moving over to Anaheim, maybe you’re like me and you’re an ex-Annual Passholder. It’s true — I used to have one, and I loved it, but the pass simply became too expensive. Disneyland has just announced a new program to help potentially alleviate that for some guests, with the Disney Flex Passport. The new pass has an admittedly very limited amount of blackout dates between now and June 2020; as long as you’re not intending to use it in the last two weeks of December, the rest of the year is open….kind of. For most dates, you’ll have to try and make a reservation, sometimes up to 30 days in advance. The new pass is “just” $599 (which is both a lot of money, and a lot less money than the other Annual Passes), but that reservation window might make things potentially even busier at the parks. The program starts May 21, if you’ve got the cash to drop.

Let’s stay in Anaheim for another story about the Marvel expansion in Disney California Adventure. As you may already know, the big new attraction arriving there is a Spider-Man ride. Now, we have leaked blueprints of the ride, and they suggest a good deal about what the ride might be like. From what the rumored information suggests, this will be a 3-D ride; the blueprints call to mind the ride and track layout of none other than Toy Story Midway Mania. The source linked here suggests riders will have web-shooters in this attraction instead of a midway shooter. It’s…a little disheartening to see a familiar ride layout get possibly duplicated, but it’s also hard to lay too much judgment on an attraction that hasn’t gone live yet. Here’s hoping there’s more to the story than this.

Moving on, let’s talk once more about Disney and technology before wrapping up today. Disney patents lots of new technologies or revisions to current tech in building out theme-park updates. But the latest is particularly interesting as it relates to refurbishments: they’re patenting a drone-based painting system. The system would allow for drones to paint and repaint structures, and do so consistently. As the article notes, some painters who repaint a structure might do so slightly differently from the original painter, whereas the drones would be able to do so the same way each time. When thinking about how often rides and buildings go down for refurbishment, this kind of tech could speed things up without sacrificing quality.