Despite This Is Us taking a break before the final season, there’s still too much to unpack. From wild theories about that flash-forward scene with an ailing Rebecca (Mandy Moore), to who Kevin (Justin Hartley) and Madison (Caitlin Thompson) will end up with, there’s still one character that summons die-hard viewers from all corners of the world in his defense: Jack Pearson (Milo Ventimiglia). 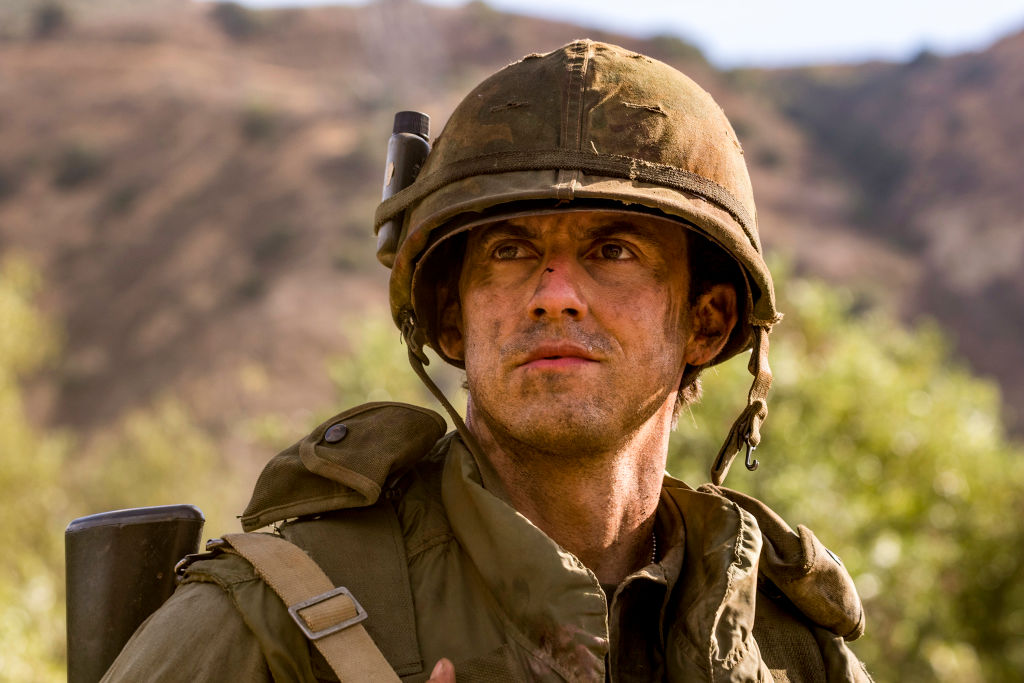 Though Ventimiglia’s character hasn’t been around as much in season 5, Papa Pearson remains ever-present in the threads of This Is Us. The character has technically been dead since the pilot episode but that didn’t keep viewers from falling head-over-heels for him.

While Jack is often portrayed as an impossible standard for men to live up to, he does have flaws. Episodes in the past have touched on Jack’s use of alcohol to cope with traumatic experiences and even went as far as putting a wedge between he and Rebecca.

Still, some don’t think writers did the character justice, placing him on too high of a pedestal instead of zeroing in on what makes him a more relatable human (flaws).

“He can’t be perfect and level-headed and sane all the time,” a Redditor posted. “Humans are complex. We just never see him having any bad days, any day when he’s extra mad or unreasonable. Besides the drinking thing, he’s always the perfect human – everyone else has a flurry of issues constantly.”

“As much as I love Jack, people that perfect just don’t exist and it’s very important to show their flaws,” another said.

The original posted added that the portrayal of Jack might stem from a writer’s deliberate choice.

“I believe what the writers are trying to show is that we are all seeing Jack from a very coloured lens, these are all memories of Jack by people who loved him, and now that he’s dead, and it’s been a while, they can’t bear to think of the less perfect aspects of Jack. Glorifying the dead, as it were,” they wrote.

Others say Jack’s storyline is unnecessary

Whether in the context of Jack’s flaws or his presence as the “hero” of the family, there are some viewers who believe the story could exist without so much screentime for the patriarch.

“Jack is NOT the main character of the show. I see it as the Big Three’s story,” a Redditor wrote.

Another said, “I love the future glimpses we get more than the past and I understand Jack and Rebecca are foundational to the story but…I’m kind of over looking at the past.”

“I don’t care for the show to tell me how great he was in every scene, it’s not interesting, it doesn’t add anything new to the stuff we already know,” this fan added.

“Other characters come to the forefront and do a lot more of the emotional heavy lifting,” another said.

While many chimed in to state similar opinions, the discussion invited a swath of Jack Pearson defenders.

In defense of Jack Pearson, ‘This Is Us’ captured one of the most traumatic deaths in TV history

Jack’s death in season 2 of This Is Us rocked TV forever. Though it had been teased with little clues leading up to the big event, it was his very normal, very quiet death that felt the most unsettling. When a gifted slow-cooker shorted, a fire erupted and (eventually) burned the Pearson house to the ground.

Previous episodes revealed Jack and Rebecca forgot to buy batteries for the smoke alarm but luckily, Jack awoke to the scent of smoke and got his family out safe and sound. When he went back in for the family dog, however, he inhaled far too much smoke.

Fans watched with bated breaths as hospital staff cleared him to go home and just as everyone let their guard down, he had a heart attack — thanks to the previously diagnosed heart condition he never revealed — and died on the hospital bed, unbeknownst to Rebecca who was on the phone at the time.

Why some say Jack Pearson ‘is’ the story

That said, Jack’s death has been central to the story from the beginning because he’s been dead the entire length of the series. His pieces are only told in retrospect through various lenses of grief and memory. Any mention of Jack’s place catching immediately calls for defense and Jack fans aren’t having it.

“Take out Jacks story and this show doesn’t exist. Take out any of the Big Three’s story and the show could still exist,” a fan wrote on the same Reddit thread.

“Jack is basically where it all begun,” another said.

“His life and death are really the centers of everything. Personally, I love Jack. He does have his flaws, but I see him as the ideal husband and father. I don’t care if it’s a realistic image or not,” another added.

And finally, “And as a person who has lost a parent, the kids have all the rights to whine about their dad dying — this is something that never leaves you regardless of the big 3’s ages. This show isn’t for you and if you can’t see that, then I don’t know.”

Whether you’re Team Jack or not, there’s only one season left of This Is Us and we’re positive it’ll have fans even more divided over Jack, or any other character.

This is Us, tv, tv shows
World News