TIPPING Point fans swoon over a 'hot' brunette – but she also left them baffled after ignoring major clues from host Ben Shepherd.

The presenter, 46 graced screens on Wednesday afternoon as the host of the daytime game show. 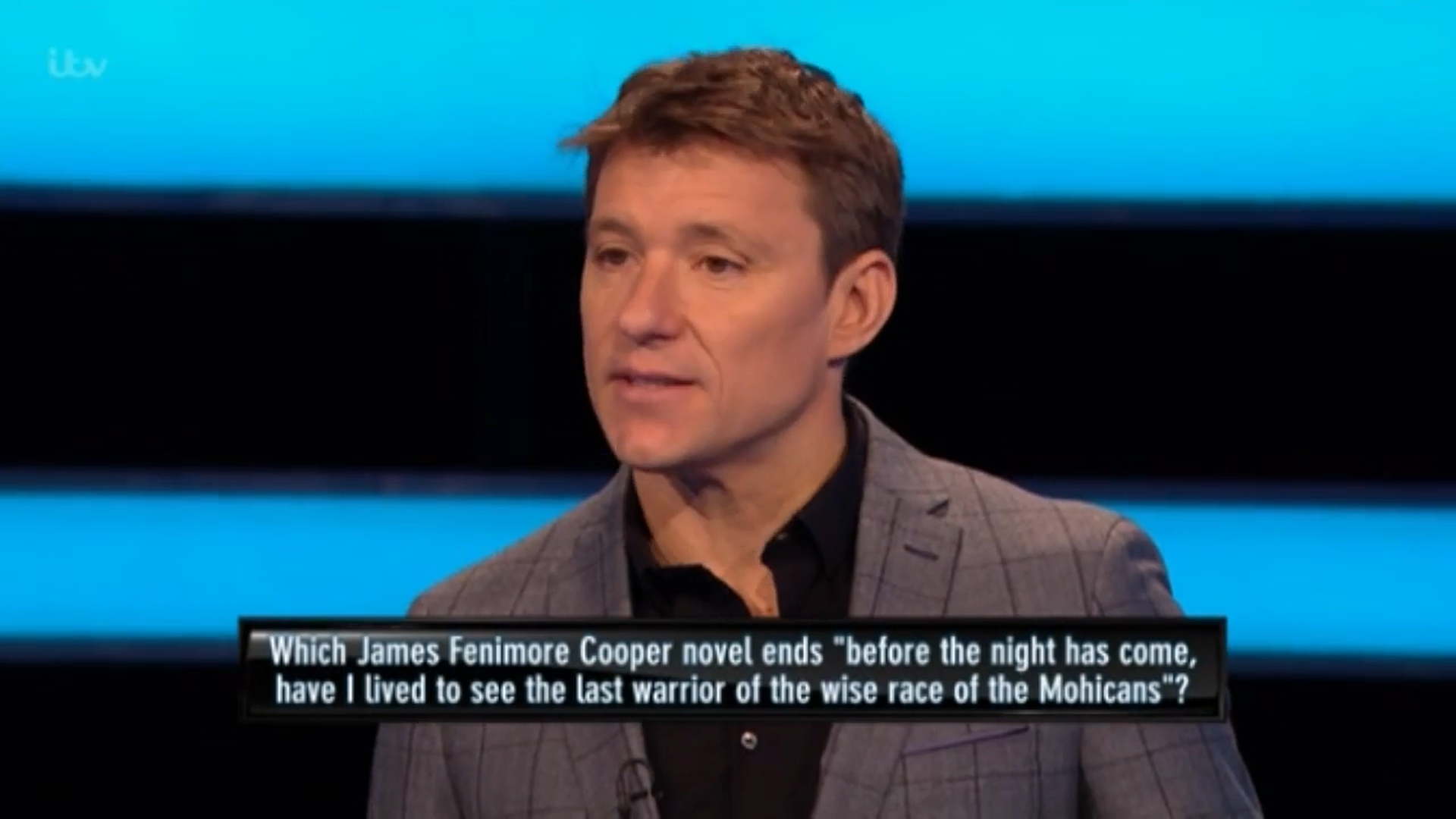 The throwback episode saw contestant Leanne leave fans hot under the collar, but they were shocked to see her pass on a question despite the answer being right in front of her.

In the final round to see who would play for the £10,000 jackpot, Leanne was up against fellow contestant Chris.

However, she passed several questions to him including this one which Ben read: "Which James Fenimore Cooper novel ends "before the night has come, have I lived to see the last warrior of the wise race of the Mohicans?"

Leanne said she did not know the answer, which was "The Last of the Mohicans" and viewers were shocked she did attempt to answer the question. 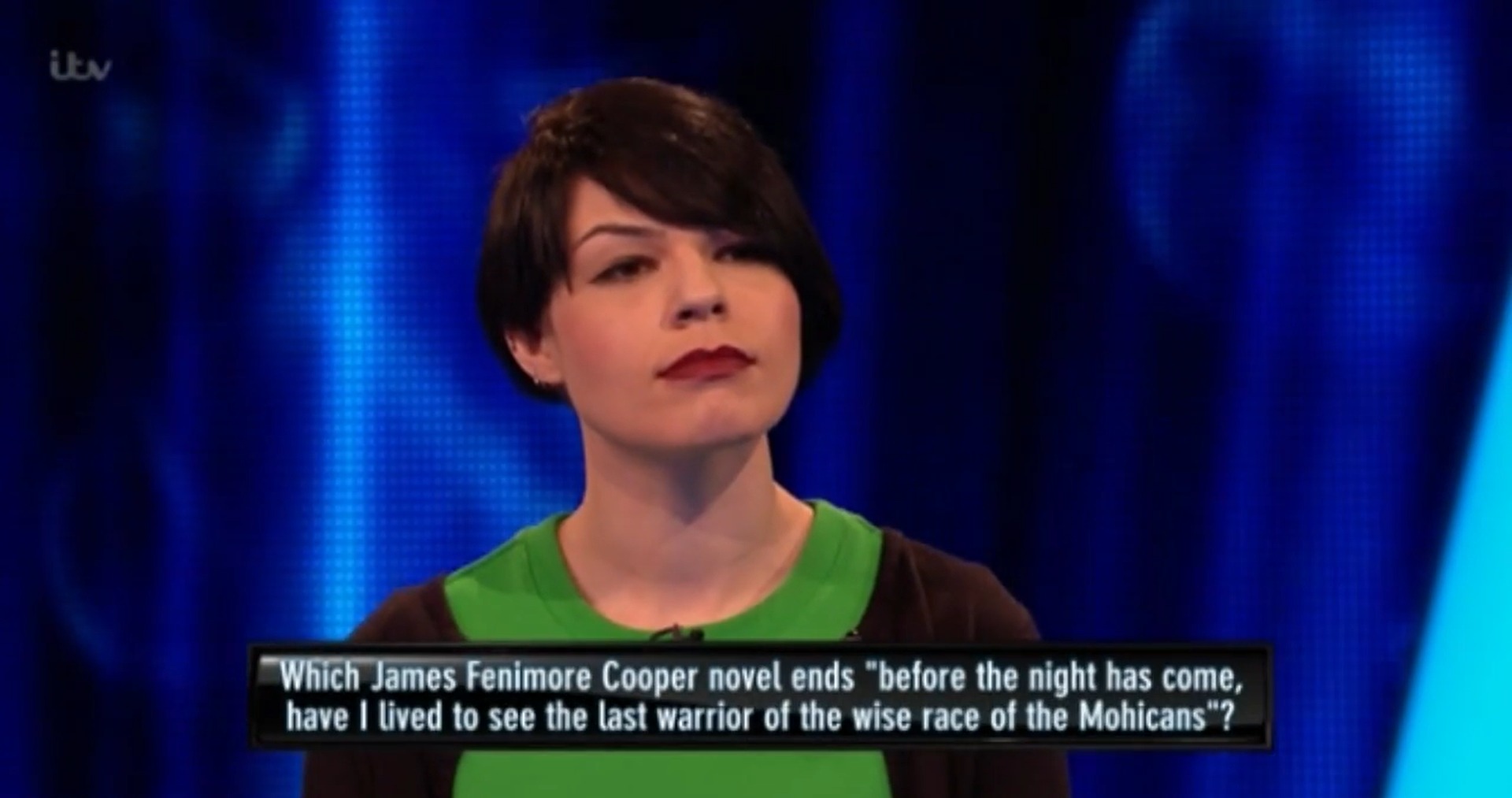 One viewer wrote: "The answer is literally right in front of you, why pass? #tippingpoint."

Another added: "Answer in the question klaxon #tippingpoint."

While this fan penned: "I think Leanne made a made a mistake there." 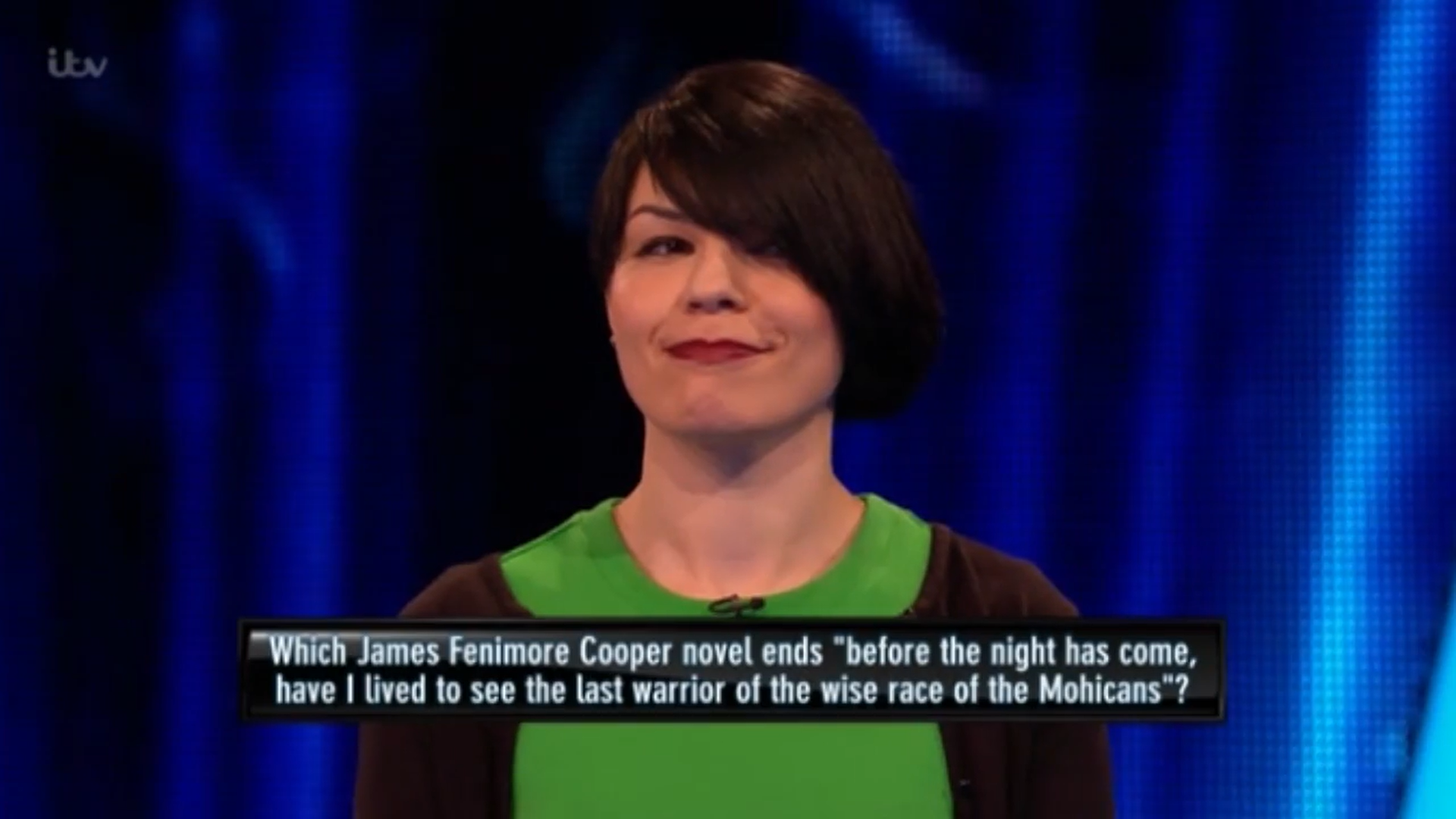 Despite passing on some questions, Leanne did eventually make it to the final round and went on to win the £10,000 jackpot.

Fans gushed as one tweeted: "Leanne is quite hot!"

While another added: "I hope Leanne wins."

This third fan cheekily wrote: "Leanne an optical consultant. I’ve got something she can take a butchers at."