The Green Mile is one epic Tom Hanks movie. The movie is over three hours long, adapting Stephen King’s serial novel. Still, the role of death row executioner Paul Edgecomb required more than just Hanks. Here’s how the movie portrayed Edgecomb before and after.

The Green Mile came out on 4K UHD in February joining other 4K Tom Hanks movies like Saving Private Ryan, Apollo 13 and Forrest Gump. The enclosed Blu-ray still includes all the bonus features from the film’s initial DVD release. In those, Hanks describes his makeup tests to play Edgecomb as an old man, but they didn’t work.

Did Tom Hanks play the old man in ‘The Green Mile’?

The Green Mile begins with Edgecomb in a senior home telling his story to a neighbor. After the prison story it returns to the present. Director Frank Darabont considered having Hanks play Edgecomb throughout. He even commissioned both Rick Baker and Greg Nicotero to test old age makeup, but neither worked, by Hanks’ own admission. 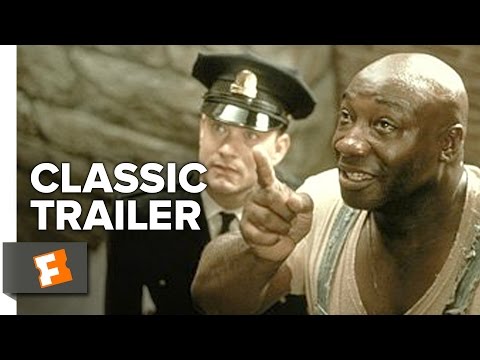 “Frank was anxious to do a lot of tests and we did two huge days of all day makeup tests because it takes about 6 hours to get into that stuff,” Hanks said. “We did two different versions of it and on a still photograph it looked fantastic. And if I was sitting in a chair all by myself it looked fantastic  but as soon as you brought in the real actors or put me in a rest home with a bunch of other folks, the authenticity and the credibility of the film was going to be leached right out.”

“When he found Dabbs Greer and we met for the first time, I think he felt confident enough to go that direction,” Hanks said. “Being a filmmaker, it’s a bold choice. He doesn’t know if he can go off and find a guy to play old Paul Edgecomb. When he did it was an amazing shuffle of the deck. You couldn’t imagine doing it any other way. He was Paul Edgecomb as much as I was.”

If you have the equipment and get a chance to revisit The Green Mile in 4K, the resolution makes subtle differences. Most of the film takes place on death row, where you can see the 35mm film grain in the old brick walls, and detail in the paint chipped cell bars, as well as the frayed edges of John Coffey (Michael Clarke Duncan)’s shirt and overalls.

Whenever they leave the prison, the outdoor light and colors explode. In the bookends, Edgecomb and his friend’s red raincoats burst out of the green foliage. When Edgecomb visits Hammersmith (Gary Sinise) to question Coffey’s conviction, they sit on his bright porch and it’s all foreground with the details in their tree branch chairs. A magic hour sunset under a tree is glorious.

But mostly, The Green Mile is a death row tale. There are a lot of shadows on death row and those are even darker in 4K.