The ITV scooped the top prize at the bash while its BBC rival picked up best actor for Danny Dyer and best newcomer for Kara-Leah Fernandes. 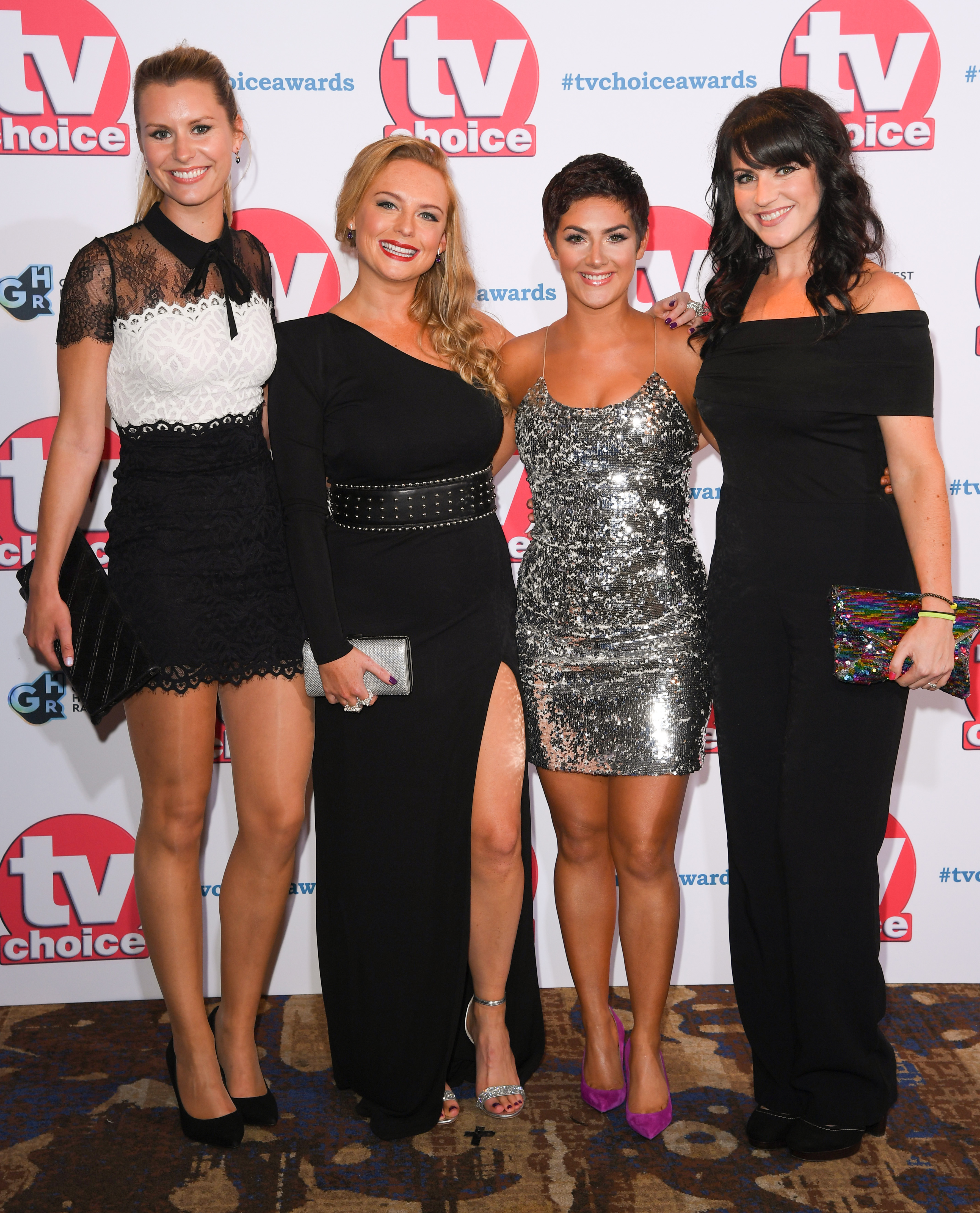 Danny told the audience: "I'm very grateful for my life.

"I've made a lot of mistakes, well-documented. I'm a human being made up of many flaws, all glued together with good intentions."

It was a strong night for ITV as a whole with This Morning scooping the best daytime TV show gong. 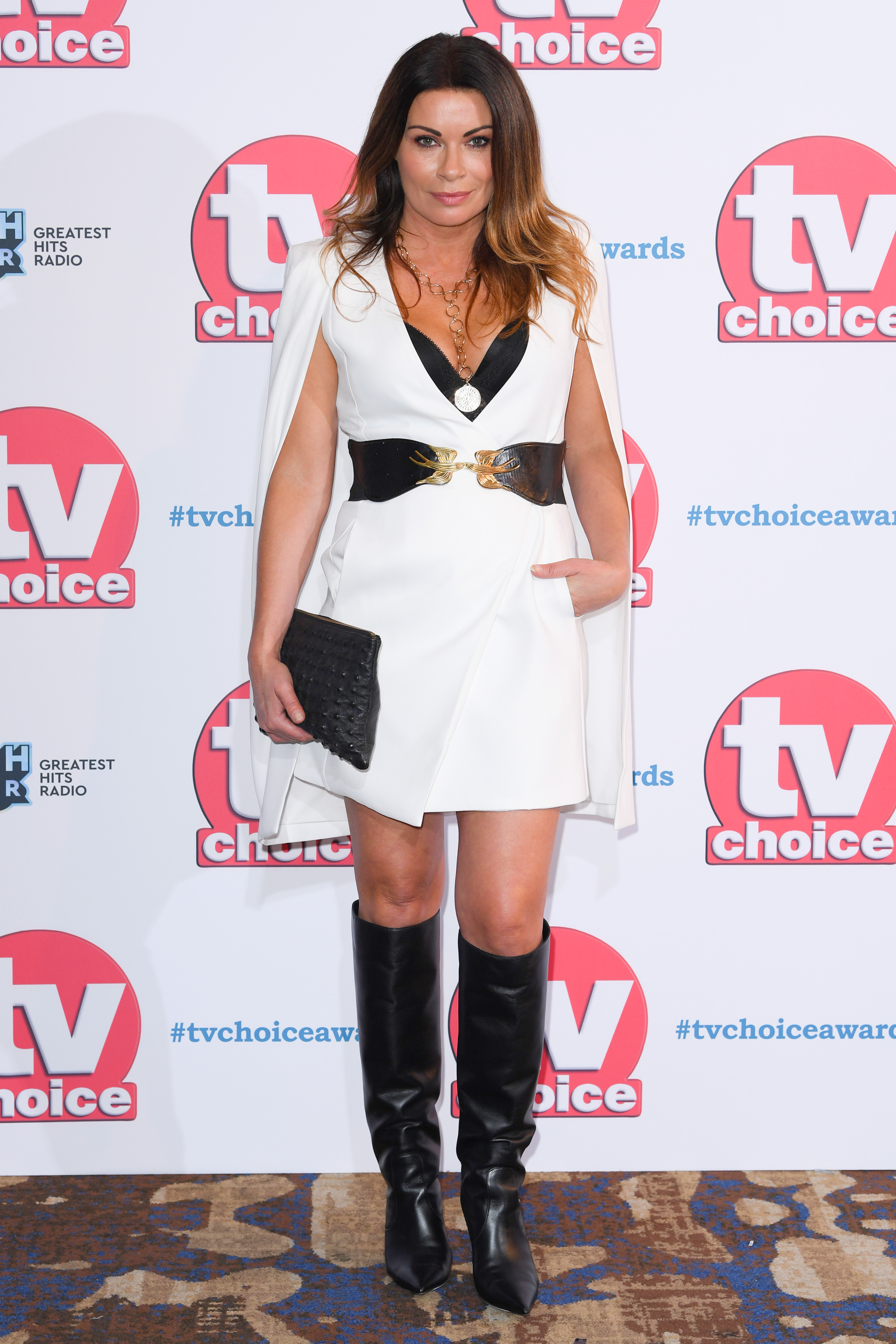 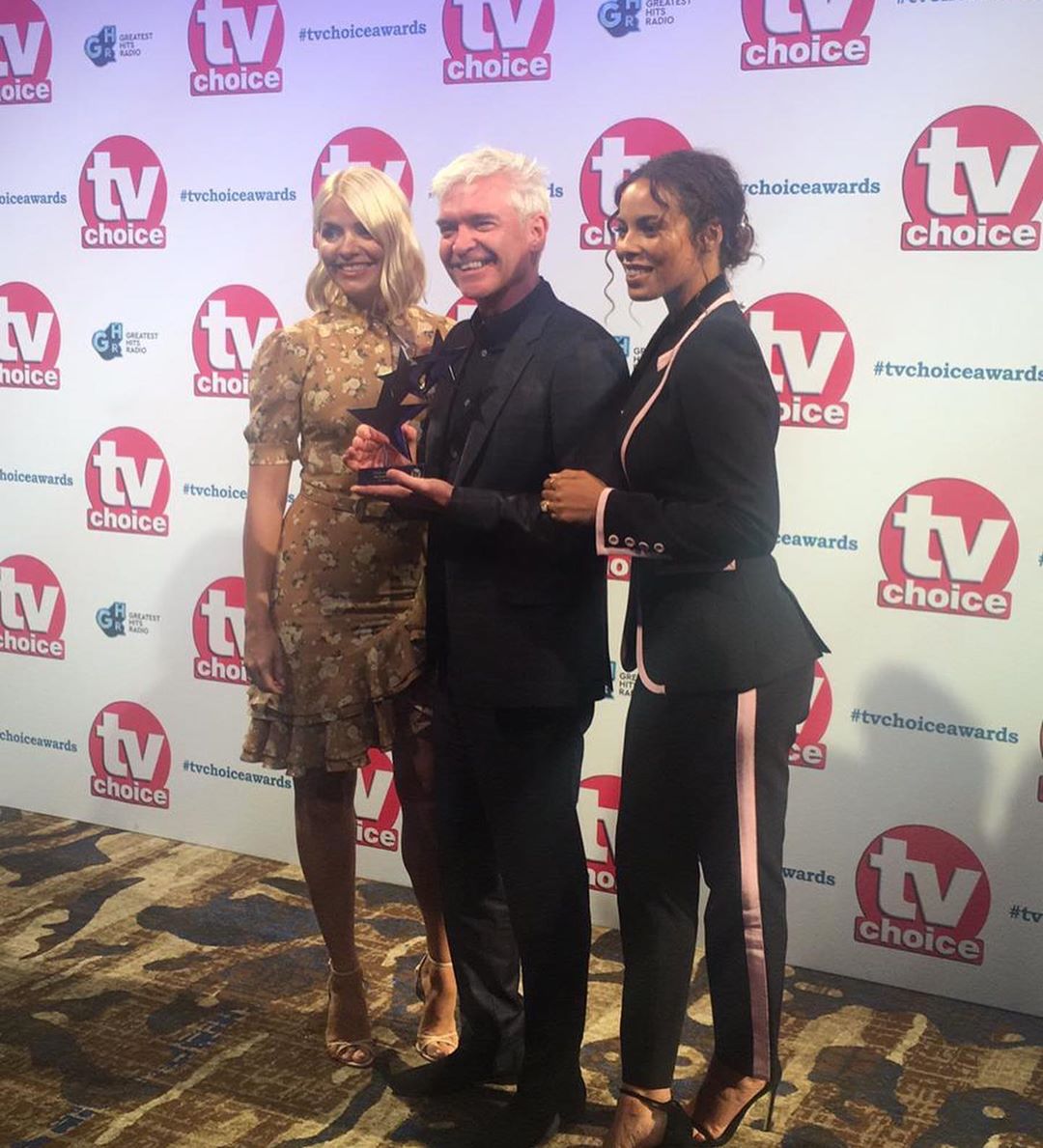 He told Holly Willoughby: "I love you."

His co-host replied: "I love you."

However, Good Morning Britain's Piers Morgan had the audience in hysterics as he called them "snivelling little b*******" for beating his own show to the award. 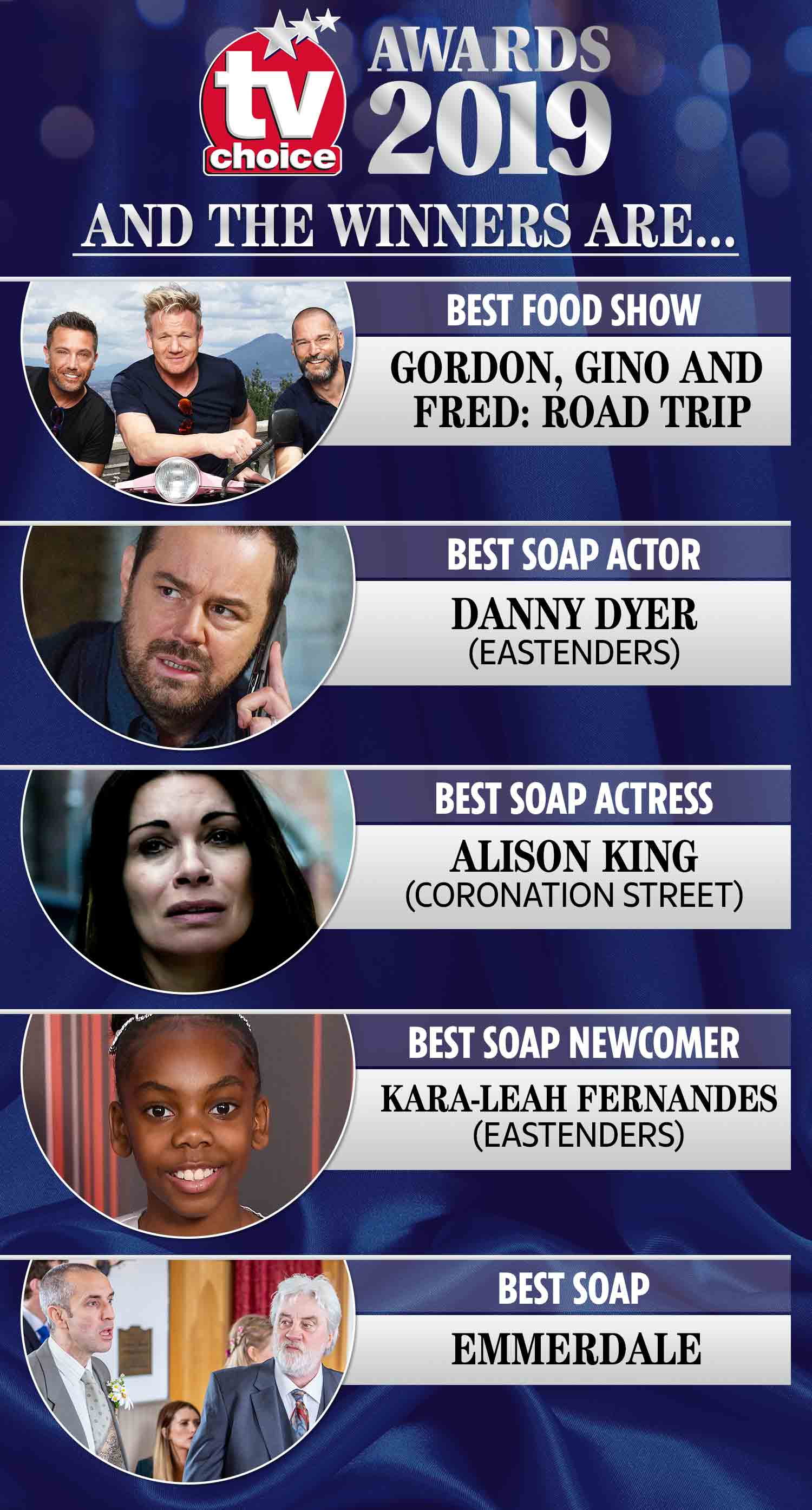 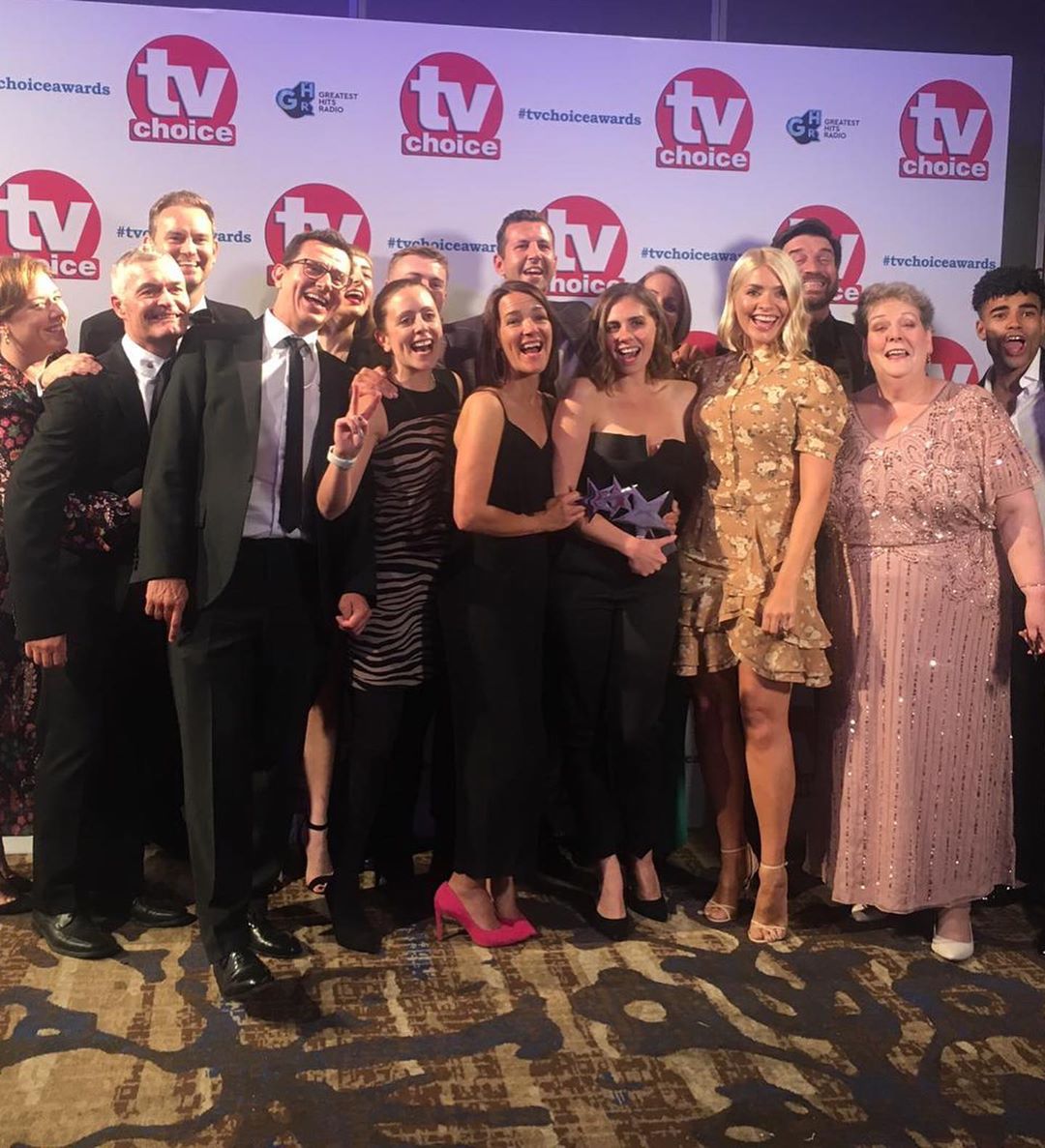 He went on to present Lorraine Kelly with an outstanding achievement award.

At the podium accepting her award, Kelly railed against social media and the harm it can do to young people.

She said: "They have to deal with some really vile things on the internet.

"That cannot continue. Don't look at the comments, don't take those comments to heart. They're horrible, nasty ants with megaphones."

The award for best food show went to Gordon, Gino and Fred's Road Trip and Ricky Gervais' creation After Life won the honour for best comedy.

Blue Planet Live has been hailed as the best factual show, while wildlife presenter Chris Packham chose the moment to lay into I'm A Celebrity for its "animal abuse".

Drawing boos from the audience, he said: "I'm A Celebrity. Can you please think about not abusing animals on your programme?"