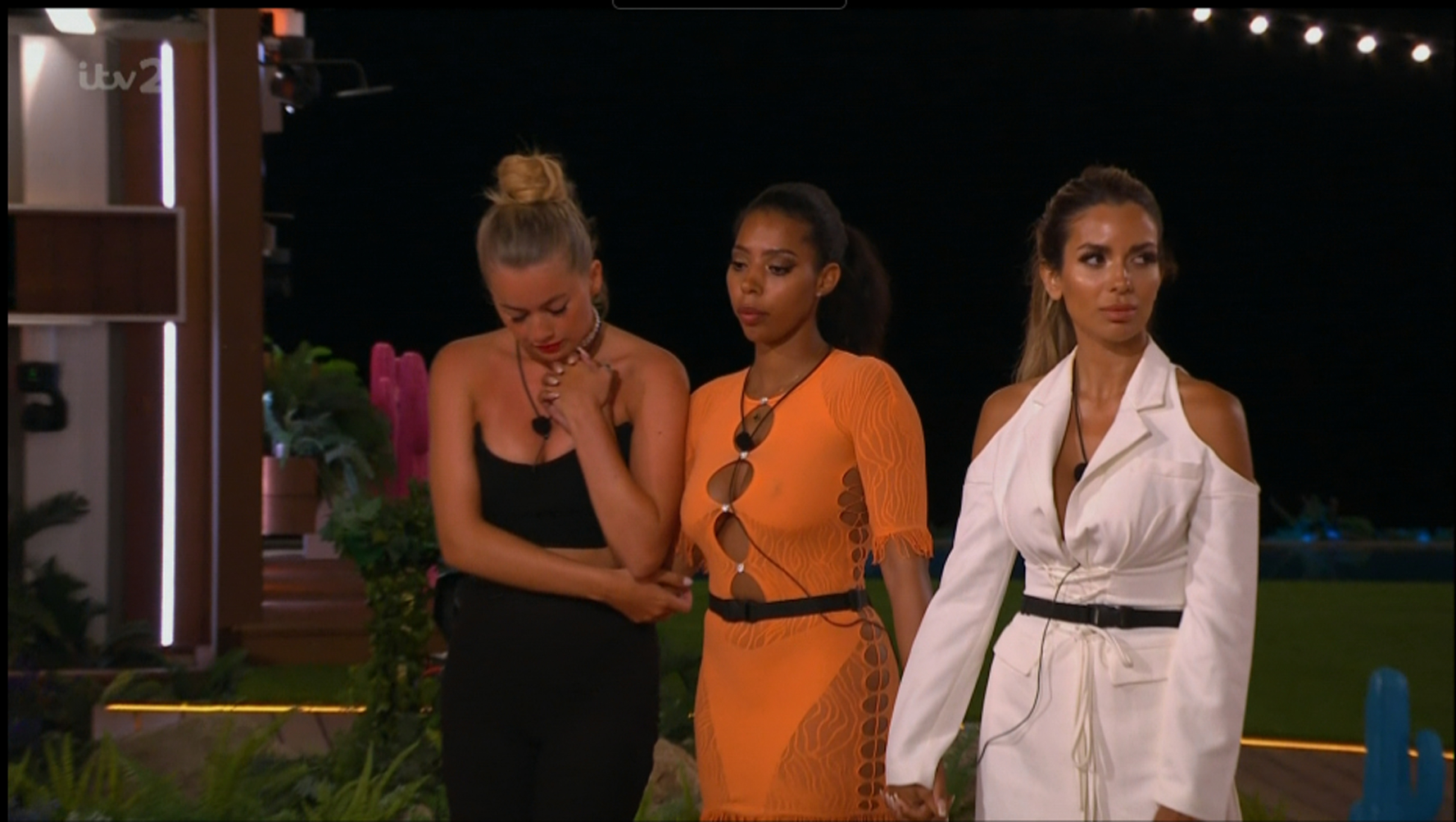 Tonight’s Love Island has started off in explosive fashion, with two islanders dumped from the island after a public vote delivered their sentence.

On Monday evening, viewers had to deal with a nail-biting cliffhanger after it was revealed that Amber Beckford, Ekin-Su Cülcüloğlu, Tasha Ghouri, Andrew Le Page, Ikenna Ekwonna and Jay Younger were at risk of elimination.

The rest of the contestants looked on in shock as they sat the firepit, waiting to find out who would be packing their bags next.

In the end, it turned out that Ikenna and Amber’s time on the island had come to an end, with tears shed as they said their goodbyes.

‘I literally am shocked, I don’t know how to feel,’ Indiyah Pollack said, having been coupled up with Ikenna before deciding they were better off as friends.

Tasha shared to the camera that she couldn’t stop shaking over the shocking announcement, later telling Andrew that she was going to ‘break down’ after his name was called as someone who was at risk.

She even told Andrew that if he’d been sent home, then she would have gone with him.

Despite not feeling a romantic connection with Ikenna, Indiyah broke down in tears in the villa, covering her eyes as she was consoled by Paige.

‘I’ve already sent someone home, and then two people that I’m really close with…’ she said while crying, trailing off as she received a hug from her friends.

However, it looks like a new relationship could be on the horizon for Indiyah, as Dami has made it clear he’s keen to get to know her on a romantic level.

Despite his excitement over pursuing Indiyah, Dami described Amber’s exit as bittersweet, saying he would miss his former partner in the villa.

After bidding farewell to two of their friends, the remaining stars are due to take part in a gripping game of truth or dare tonight, that’s sure to shake things up.

Plus, the Hideaway is going to be open once more, with Paige Thorne and Jacques O’Neill chosen by the others as the couple most deserving of some raunchy alone time.