Season six of Vikings will be the final outing of the History Channel’s epic drama. The last outing is going to be hitting screens in early December with carnage breaking out. The show is highly likely to see some major deaths as the series bows out with many predicting the demise of shieldmaiden Lagertha (played by Katheryn Winnick).

During the course of Vikings, many characters have been killed off.

Ragnar Lothbrok (Travis Fimmel) met a horrible fate after he was betrayed and thrown into a venomous snake pit.

Another character to meet a sad end was Sigurd Snake-in-the-Eye (David Lindström), who was murdered by his own brother Ivar the Boneless (Alex Høgh Andersen) during a disagreement.

One of the most shocking deaths in Vikings was Ragnar’s second wife and psychic Aslaug (Alyssa Sutherland), who was killed by her rival Lagertha. 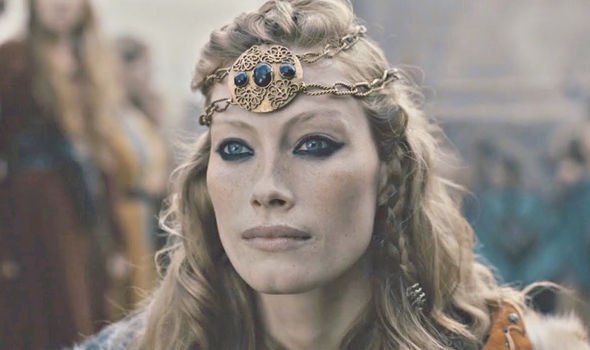 The scene was one of the tensest confrontations in the show as the two women squared up to one another.

Lagertha accused Aslaug of “bewitching” her husband and taking her kingdom, suggesting she was the one who had been usurped and not the other way around.

However, things became even more heightened when Aslaug informed Lagertha of Ragnar’s death.

A stunned Lagertha continued on and challenged Aslaug for Kattegat with the latter refusing to fight.

Aslaug went on to renounce the kingdom and her titles in exchange for safe passage from Kattegat.

But as Aslaug walked away, Lagertha shot her in the back with an arrow, killing her instantly.

Speaking about her death in an interview from 2016, actress Sutherland said she had been “waiting for this to happen”. 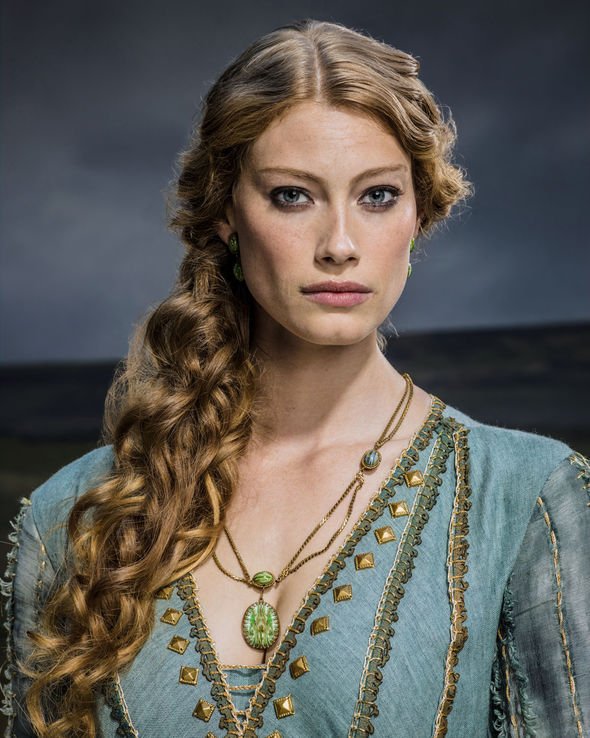 She told Entertainment Weekly: “I figured my character had been introduced in such a controversial way, the only thing to do with her was to get rid of her at some point. I actually thought that it would happen earlier, to be honest!”

Sutherland was given a six-week heads-up before the scenes were shot.

She explained how she discovered Aslaug’s demise, saying: “One of the producers came up to me on set. The cameras were being set up to start filming a scene I was in. I had hair and makeup around me doing touch-ups.

“The producer came up to me and said, “Alyssa, I’d love a quick chat with you. When you’re done here, we’ll go for a walk.” I just went, “Oh, what? Am I getting killed?” I was totally joking. 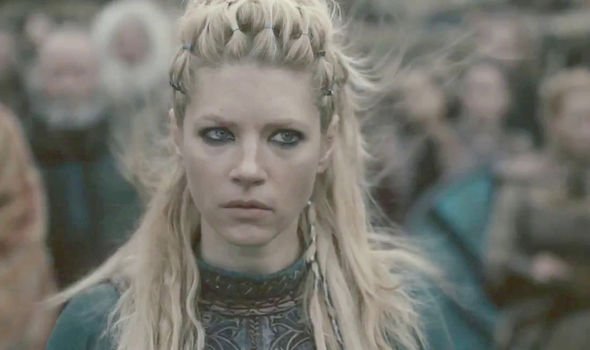 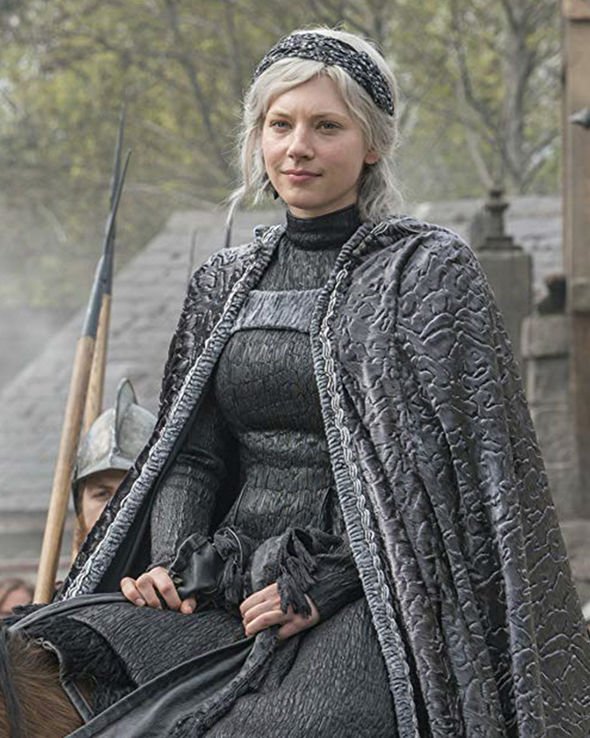 “I wasn’t fearful, thinking that’s what was happening. He just looked at me, and I went, ‘Oh, I am! And now I’ve basically gone and told everyone!’”

Sutherland suggested her onscreen alter-ego provoked Lagertha into killing her.

She said: “I think that’s her Viking way of being killed. There’s a lot of layers to it. If she just went walking off somewhere else, what was she going to do? Die of old age?

“That’s not a very dramatic death for her. The Vikings believed in dying in battle, being famous.”

While it’s not clear why she left, it appears to be part of the narrative direction of the series.

Since Vikings, Sutherland has starred in The Mist, Timeless and Blood Vessel.