'Virgin River': A Difficult Scene Caused an Actor a Ton of Anxiety

Netflix’s Virgin River is based on the beloved novels by Robyn Carr. At its core, the series is a romantic drama. The storyline centers on Mel Monroe (Alexandra Breckenridge), a Los Angeles-based nurse who moves to Virgin River for a fresh start. She strikes up a relationship with Jack Sheridan (Martin Henderson), a retired Marine who co-owns the town’s bar. However, other residents of the small town are equally as important.

In the third season of the series, fans were introduced to Tara Anderson (Stacey Farber) who came back home to be with her mother and baby sister. Now, Farber says one difficult scene caused her a ton of anxiety. 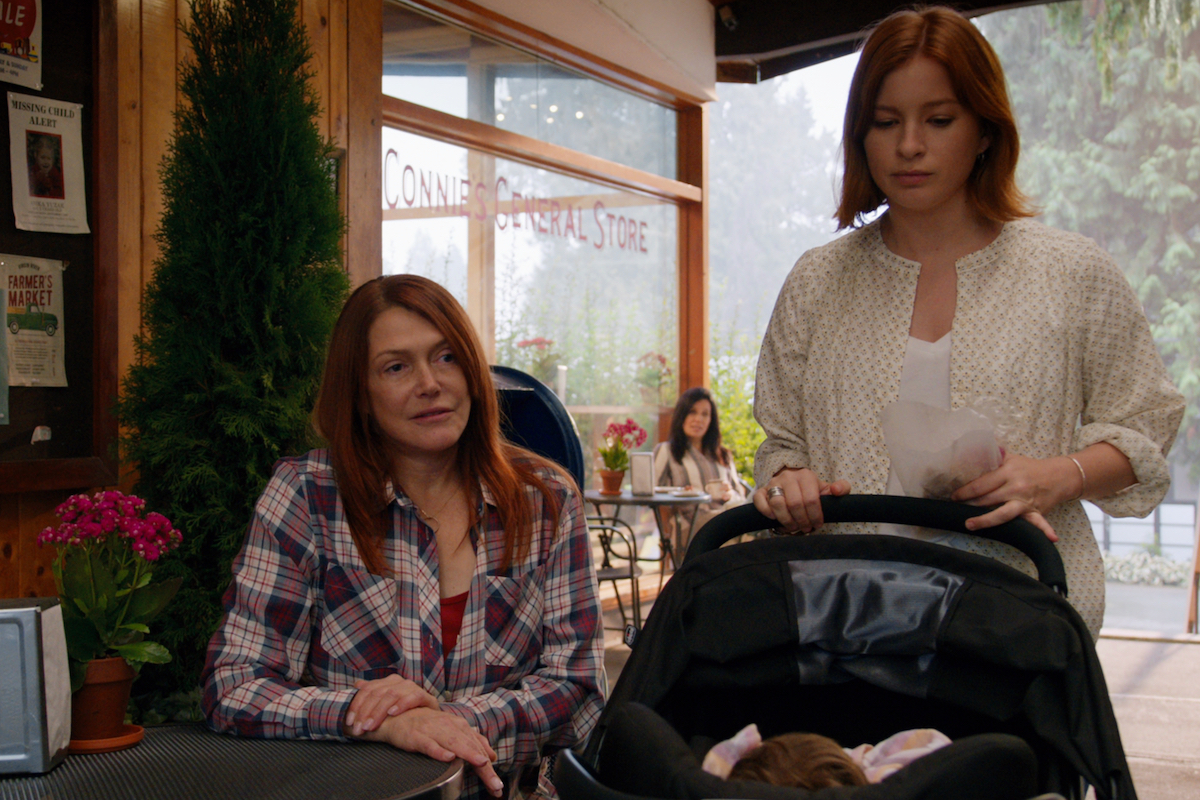 While much of the focus of Virgin River is on the romance between Mel and Jack, other characters are also getting their shine. In the series, Farber portrays Tara Anderson, a young woman who returns to her hometown following the death of her father to aide her mother, Lilly (Lynda Boyd) in the care of her baby sister.

However, Tara soon learns that her mother has been diagnosed with pancreatic cancer and she doesn’t have much more time. Season 3 showcased Lilly and Tara’s bonding. But when it came time for the difficult scenes, Farber said she struggled some.

A difficult scene caused Stacey Farber a ton of anxiety

Virgin River Season 3, had a ton of challenging scenes. It dealt with sexual assault, emotional abuse, pregnancy, and everything in between. Tara also dealt with the loss of her mother Lilly who had been diagnosed with cancer. On the show, Tara was the one who found her mother after she died in her sleep. The scene took quite a toll of Farber.

“It was really hard actually… I was really nervous about it,” the actor told Hallmarkies Podcast via Express. “Especially those later episodes, I read the scripts, and I remember my mom was in town visiting me in Vancouver, and I was super stressed and didn’t think I’d be able to pull it off. It’s very dramatic; it’s probably the most intense thing I have had to perform.”

Farber said she had a lot of “performance anxiety” with the role at first, but the kind and compassionate cast and crew helped her pull it off.

Before snagging the role of Tara, Farber actually auditioned to portray Jack’s sister Brie on the series. As we know, Brie is a powerful attorney who arrives in Virgin River amid a “leave of absence” for work. She eventually began hooking up with Brady (Ben Hollingsworth). Later, Mel learned that she had run from her home and work after being sexually assaulted by her boyfriend.

“I got the booking in Vancouver in the pandemic, so I was just so grateful to have a job,” Farber told Express. “I don’t think people know this, but I actually taped an audition for the role of Brie first. And then I made a tape for the character of Tara. I didn’t know how popular the show was when I started, so I just did my thing.”