This series of AMC’s The Walking Dead focuses on the remaining groups of survivors and how they clash. Throughout the series so far fans have seen Carol (played by Melissa McBride) and Ezekiel (Khary Payton) grow close. But viewers are worried about how long Ezekiel will last as he has cancer.

The relationship between Carol and Ezekiel has not always been a breeze as at the end of season nine we saw the two split up.

The show runner for the series, Angela Kang, spoke to CinemaBlend about what the future has in store for the couple.

She said: “The interesting thing is we always went at this season knowing that by the end I felt like Carol’s fairytale comes to an end, and she has to go into the next chapter of the story.

“The sad reality of couples who lose a child is that it often breaks up the marriage. Whether it’s because [the death] itself is the thing that causes the problem, or it just reveals the cracks that were always there. 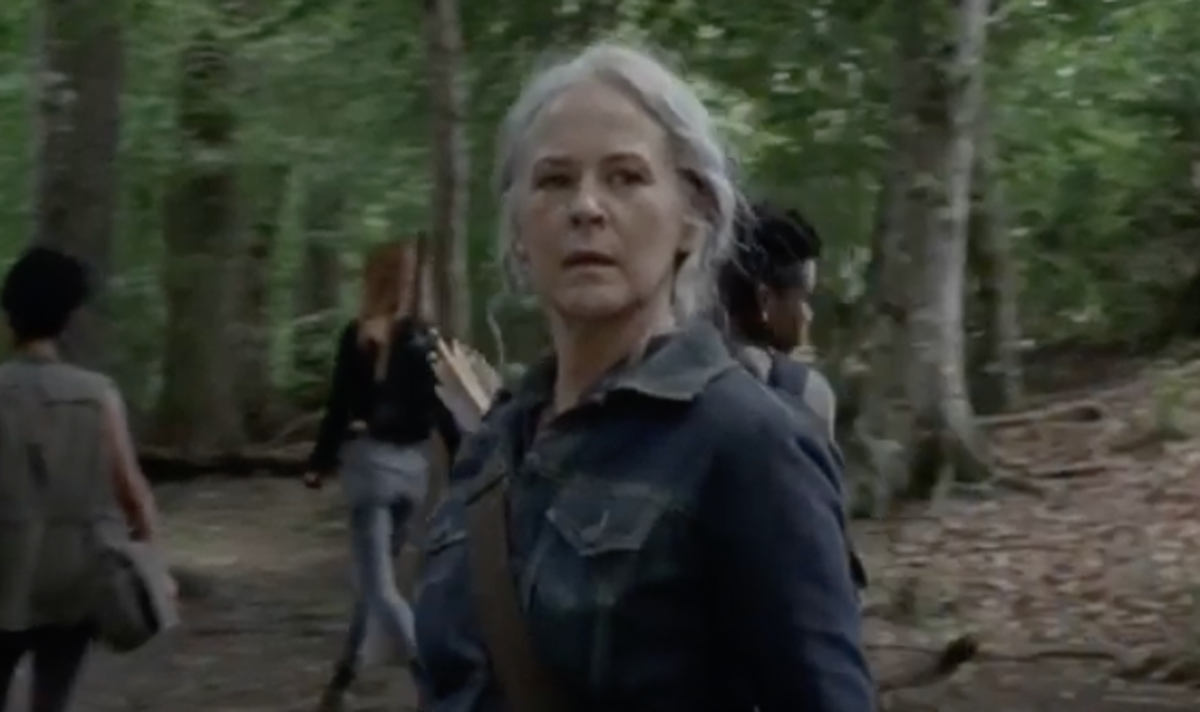 “That’s something that’s actually a common thing that happens with couples, and we wanted to kind of explore the truth of that happening.”

In the series Henry (Matt Lintz) is adopted by Carol and Ezekiel after losing his real family.

But he is killed off by Alpha (Samantha Morton) who disguises herself and infiltrates a group to capture several residents.

She captures Henry and decapitates them, placing their heads on wooden pikes to mark the border between the Whisperers and the other communities.

The loss of their adopted son left Carol and Ezekiel in a bad place and Carol’s future keeps returning to the dark side. 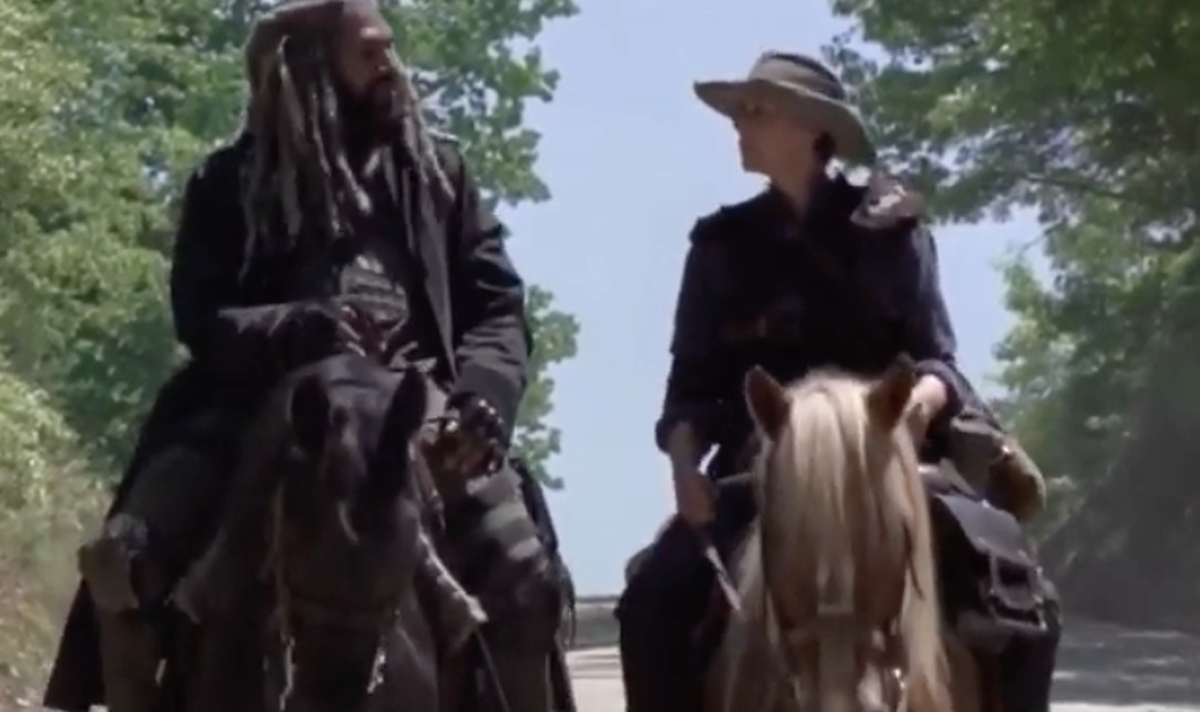 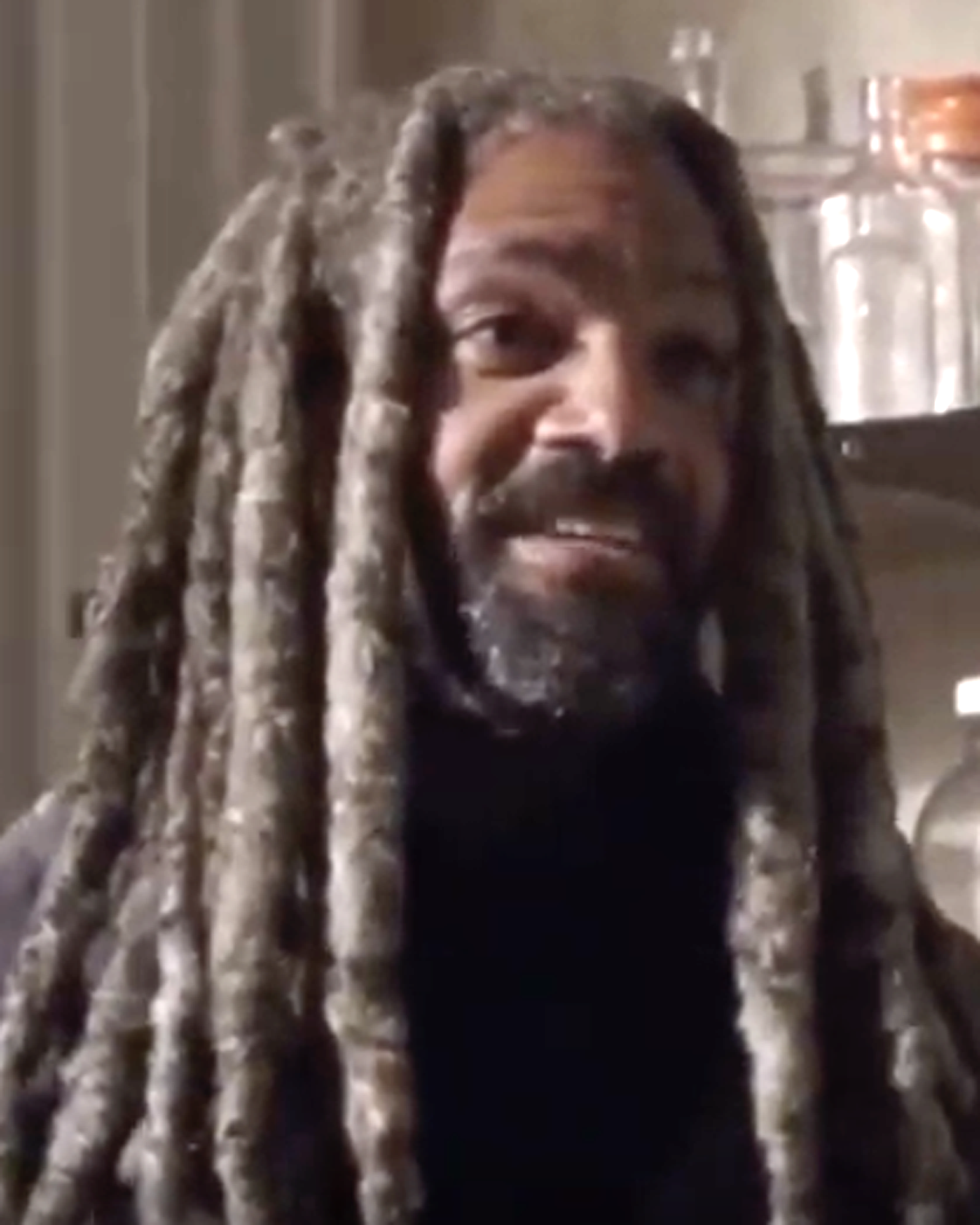 The show runner did hint about the couple coming together again in season 10, saying: “There’s a lot of really great stories we have planned for Carol and Ezekiel, and I think splitting them actually gives us some really interesting avenues going forward.”

Fans have taken to Reddit to discuss whether Carol is aware of Ezekiel’s illness. He realised he had thyroid cancer after finding a lump on his neck.

He had noticed the growth a month earlier and had felt it grow since. But said he was not surprised as some of his other family members had the same disease.

A fan on Reddit posted a question and answer session with an anonymous source which reveals how Carol finds out about the cancer.

Ninjapancake10 posted the interview, with one question asking ‘what do Carol and Ezekiel talk about [in the next episode]?’

The post said: “Carol sees his tumour, and they have sex. Afterwards Ezekiel asks if it would have happened on any other night, if they didn’t know they were going to die that night.

As the source has not been revealed it has not been confirmed whether this is how the next episode will play out.

But judging from what has been said it seems any previous troubles between the couple are now water under the bridge.

The post also reveals how Daryl (Norman Reedus) finds out about the cancer, as Ezekiel decides it is no longer necessary to wear a scarf to hide the tumour.

The post says: “Daryl comes downstairs, asks him if he’s okay and he says ‘no, I got cancer, but it’s okay, you know what I mean?’

“Daryl tells him he’s sorry, and even tough the two of them never really had much to say to one another, he knows what he’s been through.”

The next episode is set to be an emotional one as Ezekiel’s health secret is finally revealed to his friends and allies.