Wavelength, the production company behind such films as Won’t You Be My Neighbor? and Farewell Amor, has revealed the 2022 recipients of its WAVE Grant. Ana Verde, Hannah Patterson, Amy Omar, Andrea and Sofia Riba, and Justine Chen each will receive $5,000 to create their first short film alongside production mentorship from Wavelength’s executive team.

The WAVE Grant, which stands for “Women at the Very Edge,” aims to help a first-time female or non-binary filmmaker of color with the production of their first short documentary or narrative film (under 30 minutes). In addition to the $5,000 grant, Wavelength will provide mentorship in the producing, development and post-production of the filmmaker’s story as well as fundraising and distribution strategy. 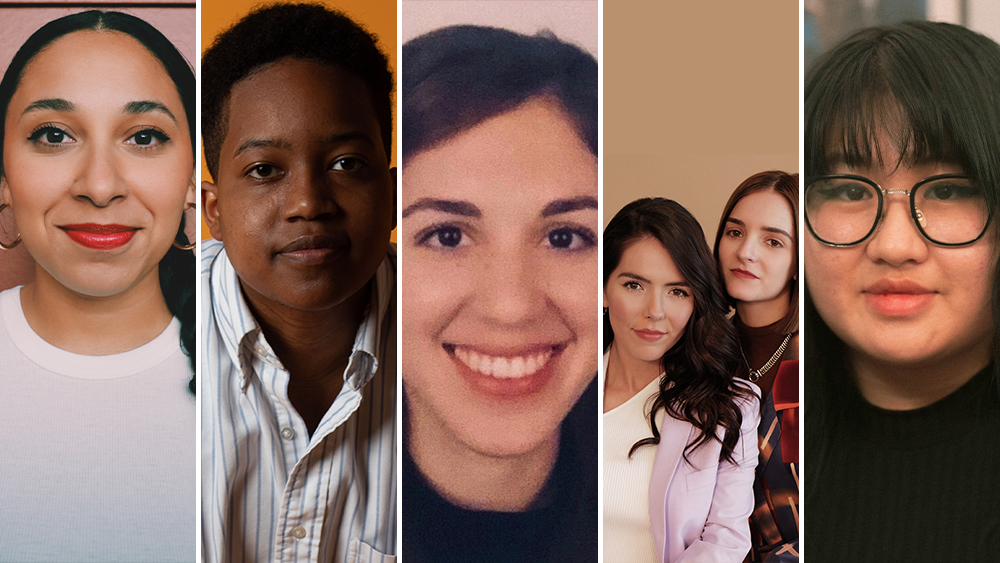 Read the bio for the third annual WAVE grantees below.

“We are honored to expand our WAVE Grant to include five recipients this year,” said Jenifer Westphal, founder, CEO and executive producer at Wavelength. “For the past three years we have been consistently blown away by the diversity, talent and resourcefulness the grant attracts and are honored to add more voices to our growing class of filmmakers.”

Here is more about each of this year’s WAVE recipients, from Wavelength:

Puerto Rican and Venezuelan writer and director, Ana Verde, is currently producing her first short film in Puerto Rico, ¡Me Ahogo! (I’m Drowning). The film follows a seamstress whose daughter asks her to move from Puerto Rico to the United States to make more money, triggering recurring daydreams of drowning in the ocean, wearing the quinceañera dress she is making.

Atlanta-based director, DP and filmmaker Hannah Patterson hopes to turn her proof-of-concept short, Late to the Party, into a television series about BIPOC LGBTQ+ coming-of-age in their 20s and 30s. The film follows a Trans man on his 25th birthday as he runs into his ex-best friend who ghosted him after he confessed his feelings for her; but she doesn’t recognize him post-transition. Patterson’s goal is to tell a common story through a perspective that hasn’t been seen.

New York-based Turkish-American writer, entertainment lawyer and aspiring filmmaker Amy Omar is currently writing and directing her first short film, Breaking Fast with a Coca Cola. This film is a coming-of-age comedy that follows two Turkish American teenagers who decide to fast for Ramadan for the first time, longing for community and traditions of their own. Amy’s goal as a writer/director is to share compelling stories of underrepresented communities, particularly Middle Eastern, and create a platform for fellow filmmakers to push boundaries with their authentic narratives.

Andrea Riba is a Mexican-American filmmaker with first generation experience and urban alienation in the metropolis, which is at the heart of her work. Andrea is the director of American Girl, which she co-wrote with her sister, Sofia Riba. In addition to co-writing American Girl, Sofia is also the lead actor. She looks to create and embody compelling characters in her work. This film follows a lonely Chicana worker named Rosario as she aims to dethrone her TV idol to win a cash prize and save her family from eviction.

Currently based in Los Angeles, Justine Ellen Chen (she/they) is a Chinese-American filmmaker and photographer interested in exploring displacement and dissonance of identity as it relates to mental illness, gender, and cultural identity. Chen’s film “Inheritors” follows a Chinese American young woman as her mother, and grandmother grapple with her younger sister’s psychiatric hospitalization, investigating the ways emotional isolation, generational grief, and lack of communication cause inevitable confrontations and concessions that structure immigrant family relationships.

The Long Road To Oscar: The Journey Of Each 2022 Best Picture Nominee