Home » TV & Movies » What You Need to Know About The Crazy 'Last Christmas' Twist Ending, Explained

What You Need to Know About The Crazy 'Last Christmas' Twist Ending, Explained 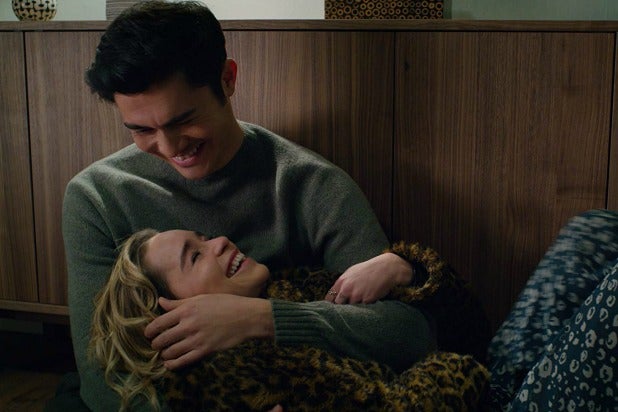 (Major spoilers ahead, obviously, for the ending of “Last Christmas”)

But best of all, it’s a movie that I’ve discovered I enjoy during any season, not just around the holidays. I’ve found it weirdly comforting to watch during quarantine.

Obviously, I really enjoyed “Last Christmas.” So I’m not writing this as a way of mocking this movie. The twist we’re about to discuss is really wild mostly just because it defies your expectations about what a romantic comedy is and because most folks aren’t going to be coming into this thing expecting any kind of major twist. But, to me, “Last Christmas” isn’t just different from romantic comedy standards — it’s more than just a romantic comedy as well.

So let’s get into it. I’m gonna kinda talk through the plot of the movie now The story here focuses on Kate (Emilia Clarke), whose family moved to London in the late ’90s as refugees from Yugoslavia. As a result, they’re all kinda messed up and have a lot of emotional baggage. As Kate’s mom (Emma Thompson, who also co-wrote the film) notes early on, she has no social life because “all my friends were murdered.” Mom is also worried that they’re gonna get kicked out of the country because of Brexit, and Dad (Boris Isakovic) drives a cab all the time because just being around his family brings up a lot of trauma.

In addition to all that stuff, Kate has some extra baggage she’s dealing with. As we learn midway through “Last Christmas,” she had a heart defect of some kind that put her in the hospital on the brink of death, until she received a new heart from someone who had died. Ever since, she says, something has just felt wrong. So she drinks a lot, eats unhealthy food, hooks up with a lot of random guys, and is just generally incapable of having a roommate without doing stupid things that get her kicked out. Kate also avoids hanging out with her family, though she eventually has to sleep at her parents’ house because otherwise she’d be homeless.

Kate also works at a Christmas store, run by a woman who goes by Santa (Michelle Yeoh). Santa notes that ever since Kate returned to work after her illness that she hasn’t been the same — she sucks at her job and forgets to lock up the store one night, which of course has disastrous consequences.

Enter Tom (Henry Golding), a random dude who catches Kate’s eye when he’s standing outside the store one day. The two start talking and they quickly become tight. Tom shows her around to various London spots she never knew about, and talks her through her emotional struggles. We only know about the whole thing with her heart because she told Tom about it.

After they hang out a few times — and after the store gets ransacked because she forgot to lockup — Kate realizes she needs to be proactive about getting her life together. Before, she was upset and vaguely suicidal in a “I’m on a quest to drink myself into an early grave” kind of way. Now, thanks to her therapeutic hangout sessions with Tom, which brought out an awareness of the growing frequency of her major screwups, she is no longer overly enthusiastic about the inevitable sweet embrace of death.

Kate’s relationship with Tom is certainly emotionally intimate, but not really physically, though they do kiss a couple times. They never end up hooking up, though.

So it turns out that Tom is a ghost. A year before the events of the film, he was riding his bike in the street and got hit by a truck. And it’s his heart that is currently inside Kate’s chest. Yes, it’s that line from the song the movie is named after — “Last Christmas I gave you my heart.”

It’s not totally clear what the mechanics of the situation are, but the only way to interpret these events that feels internally consistent is that Tom really was a Christmas ghost who knows he’s dead and is trying to help Kate out as she struggles through everyday life. One night, for example, he brings her back to the apartment he lived in before he died, and earlier he made a comment about how he didn’t have a phone because he’d locked his in a cupboard — and that phone was still there a year later. A simple hallucination wouldn’t tell Kate where he lived or that his phone was in the cabinet.

There’s also nothing that indicates that Kate had looked Tom up after she got out of the hospital and went on a tour of places he frequented.

I recently spoke with director Paul Feig about this twist, and here’s what he had to say specifically about what’s up with Tom: “You can interpret Tom however you want. I mean, sometimes you can say he’s like, he’s a ghost. Other times, you think he’s just a part of her. To me, I just think he’s just a part of her and so they’re all wrapped in each other because there is no separation between the two of them and so, you know, he’s in there, his spirit is in her.”

So I think we have to take this story at face value, which I’m totally okay with — it’s a romantic comedy twist on “A Christmas Carol,” with Tom basically functioning as a Christmas Spirit who is here to help Kate better herself. Which works, I think.

If you want to read more from my conversation with Feig about that twist, you can do so here.