When ABC Said No, Brooke Smith Created Her Own Emmy Campaign with David E. Kelley’s Blessing

Brooke Smith began her career as a pop-culture icon: She was Catherine Martin, the “American Girl”-singing kidnap victim of Buffalo Bill in the 1991 “Silence of the Lambs.” Since then, Smith has had dozens of film and TV roles including Sheriff Jane Greene on “Bates Motel,” nurse Frances Simpson on two seasons of “Ray Donovan,” and two seasons as Dr. Erica Hahn on “Grey’s Anatomy.” Along the way, she’s also become one of countless character actors who has never been nominated for an Emmy.

Currently, she’s a recurring character as Merilee Legarski in ABC’s David E. Kelley drama, “Big Sky,” appearing in eight episodes of the show’s 16-episode first season. When Smith learned that the show’s For Your Consideration campaigns would include series leads Katheryn Winnick and Kylie Bunbury, but she would not be submitted for Emmy for Best Supporting Actress in a Drama Series, she decided to take matters into her own hands.

Do-it-yourself Emmy campaigns are rare and usually happen when there’s a discrepancy of opinion between the shows and their studios. In 2019, “Game of Thrones” stars Alfie Allen, Carice van Houten, and Gwendoline Christie self-submitted for Emmy consideration. Similarly, in 2018 the producers of the then-Netflix sitcom “One Day At a Time” rented a plane with their own funds to fly over Los Angeles in an effort to nominate series lead Justina Machado.

Smith’s mother was legendary PR rep Lois Smith, but being her own press agent made the actress nervous. “Why is it that it’s so hard to self-advocate?” Smith told IndieWire. “I had a feeling of, ‘Well, how lucky am I that I even got to play this part. Isn’t that enough?”

Smith’s anxiety is not without cause; DIY campaigning can be a subject of industry derision or suggest a kind of deluded narcissism: If the network didn’t see fit to put her forward, the logic goes, why should the industry support her? Smith sees it differently: After more than 30 years, when does an actress finally stop paying dues and get rewarded for her accomplishments?

Smith is frank about the struggles of being a working performer outside of the A-list. “In Hollywood you’re either making gajillions or you’re really not making much,” Smith said. “I don’t know what people think we make.” Smith said she lacks a publicist, doesn’t own property, and still needs to find a way to put her kid through college. “I made more on ‘Silence of the Lambs’ than I was offered very, very recently,” she said.

“Big Sky” creator David E. Kelley believes Smith should be recognized for her role as Merrilee. “As a show, you want to put your best foot forward and Brooke is certainly a part of that,” he said. “She did incredible work for us. It was nuanced and complicated; she was driving drama one moment and dark comedy the next. Good acting is good acting and character actors are hard to find. You’re looking for people to play adult roles, complicated roles where the human pathology is nuanced. It’s the reason Brooke keeps getting hired: She’s an extremely smart actress.” 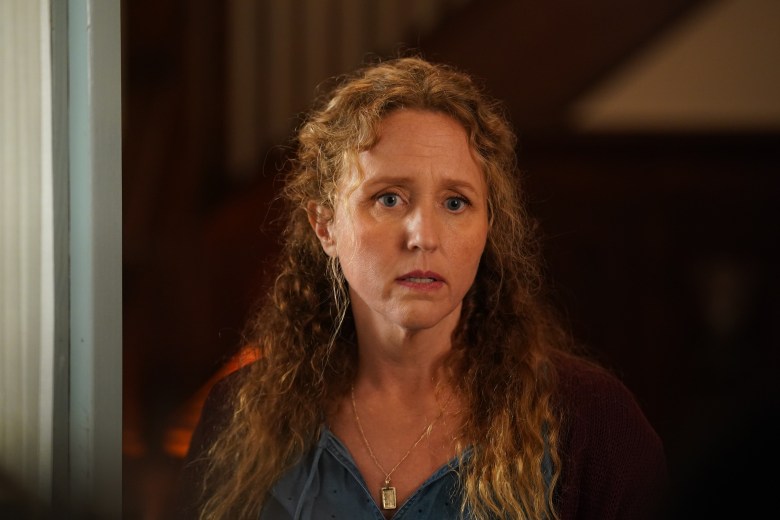 So why is Smith having to campaign herself? In an internal document obtained by IndieWire, ABC congratulated Smith on her performance, but cited that as a “recurring character” rather than a “series regular,” she could not participate in FYC panels. The best she could hope for was being part of the episodes that the network sent out to prospective voters. (ABC did not respond to a request for comment.)

Kelley said he wasn’t surprised when Smith approached him about her campaign, but he offered no input to the network in regards to who should be nominated. “I leave that to the powers that be at ABC and the studio,” he said. “We make the shows and if you’re lucky enough to get awards we’re grateful for them, but the real reward for us is making a show that we’re proud of — or, in this case, a character that we can stand behind, which would be Merrilee.”

Any Emmy campaign requires a serious case of playing the odds and a network or studio will champion those who, while good, also have the greatest chance of securing a nomination. When Mike Royce and Gloria Calderón-Kellett campaigned Machado, they were vocal about how Netflix saw them as a smaller show and, from an odds standpoint, didn’t see them as a safe bet. When you add in a significant number of cast members, that feeling only intensifies.

In a 2019 interview with IndieWire, “Game of Thrones” actress Allen didn’t cite HBO as the main reason he had to self-submit, but emphasized how a large cast can be prohibitive. “I think there’s just so many main characters in Thrones that if HBO were to kind of play that game of submitting everybody diplomatically, it would be really tough,” he said.

That said, the Emmys FYC panel in which Smith was told she could not participate boasts 11 actors from the series, including John Carroll Lynch who plays her husband. “Some of the series regulars went home before I did,” said Smith, who packed up her dog to move to Canada in the middle of a pandemic to do “Big Sky.” 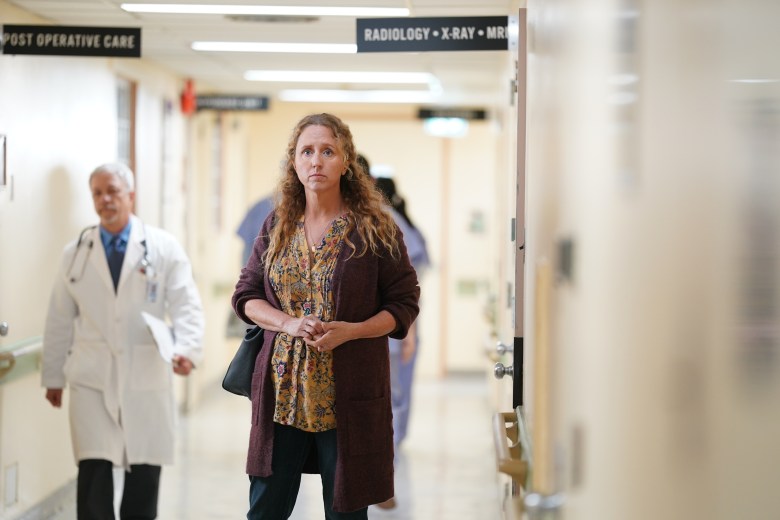 Smith admits she’s still got imposter syndrome when it comes to acting. “I was never the ingenue. I was never the pretty girl,” she said. Now 54, Smith said she seriously contemplated getting out of the industry entirely when she turned 40 to become a real estate agent. “My friend, who’s a very successful character actress, was like, ‘No, you’re just starting to fit into yourself,” she said.

Since Smith began her campaign, she’s gotten a groundswell of support from her friends and peers, including Kelley. Smith said she emailed  friends in the TV Academy asking them to consider her work, and received praise from several prominent performers for being proactive.

“These days, it feels like it’s got to be a hobby if you want to be a character actor,” said Smith. No matter what happens with her campaign, Smith said she’s grateful for the opportunity of “Big Sky” and getting work with Kelley. ABC renewed the show for Season 2, but Kelley won’t be its showrunner, Smith doesn’t know if her character will return.

“I felt like this arc of this character had enough going on that I felt like I should push, that’s all,” she said. “I’s also that weird feeling of being, you know, you’re in a David Kelly show… So you feel like, okay, I’m with all the popular people, but I’m still somehow the freak.”