Home » TV & Movies » When does Rick die in The Walking Dead?

When does Rick die in The Walking Dead? 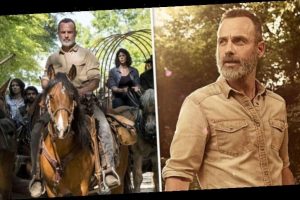 Andrew Lincoln became a global superstar thanks to his turn as the zombie apocalypse survivor Rick Grimes in The Walking Dead. The British actor played the part for the best part of a decade before bowing out to work on other projects including a series of Walking Dead films following his character. However, fans of the horror series are curious to know when Rick will finally meet his end in the franchise.

When does Rick die in The Walking Dead?

Fans can breathe a sigh of relief, Rick is not going to be leaving the world of The Walking Dead any time soon.

In fact, the opposite is true amid reports Lincoln will be reprising his role in The Walking Dead as the show prepares to end.

AMC has yet to confirm the news but it would make sense for the former lead character to come back for one final hurrah.

This theory was compounded after The Walking Dead dropped a cryptic image on Twitter to mark Thanksgiving in America, featuring a characters from the show around a table for dinner in an old-style portrait. 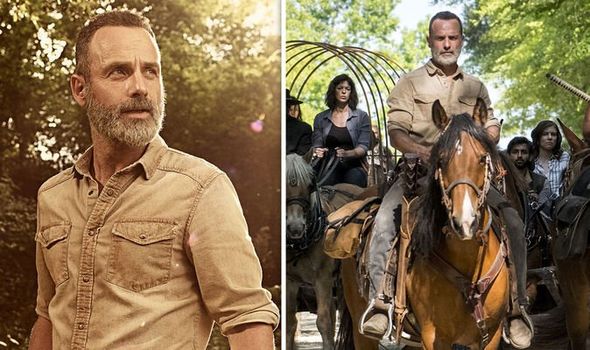 We will use your email address only for sending you newsletters. Please see our Privacy Notice for details of your data protection rights. The Walking Dead: Rick Grimes’ 2021 teased by director on Twitter

In the background of the painting was the silhouette of a man on horseback, whom many have interpreted to be Rick making his comeback.

He is also confirmed to be appearing in his own spin-off film series from the phenomenally popular zombie drama with the movies already in the works.

Former Walking Dead guest director Rosemary Rodriguez hinted the first shot of Rick in his first big screen outing could hopefully be coming at some point this year, depending on the state of the coronavirus pandemic.

In response to a post on The Walking Dead’s official Twitter page asking for fans to share their hopes for the show in 2021, Rodriguez seemed to allude to the Rick films. 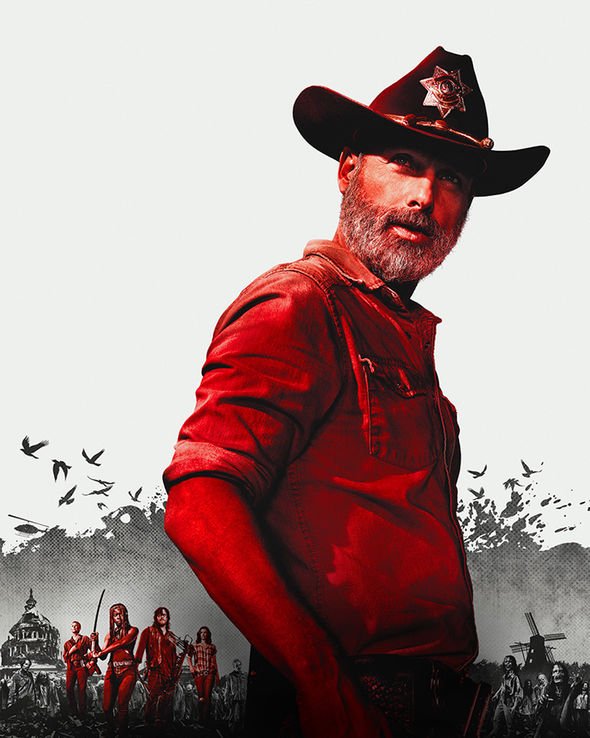 She posted: “Finding Rick Grimes on the big screen!” before adding the hashtag “#TWDFamily”.

This is by no means conclusive proof but is likely to raise the hopes of fans everywhere desperate for an update on the movies.

Rodriguez has previously helmed three episodes of the AMC show including The Obliged, the penultimate instalment to Rick’s exit episode.

Season 11 is expected to premiere in its usual autumn October slot with the show having its usual midseason break before coming to an end in 2022. 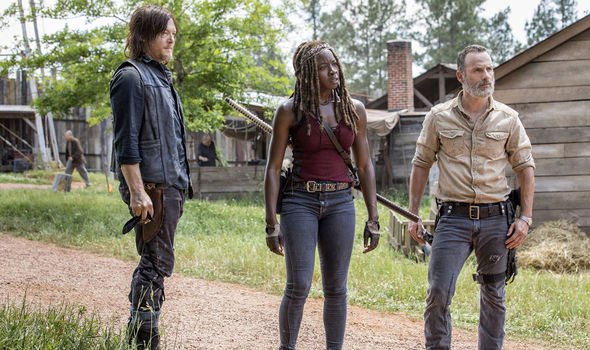 Those wondering about Rick’s comic incarnation will be interested to hear Rick is actually dead in the comics after meeting a tragic end.

He was killed by a character called Sebastian Milton, the son of Commonwealth leader Pamela Milton.

Sebastian broke into Rick’s home and is thought to have accidentally shot him after threatening him with a gun.

Once the first bullet was fired though, Sebastian decided to kill Rick and shot him several more times for good measure.

Rick’s son Carl Grimes (Chandler Riggs) found his father’s reanimated corpse in the bedroom and had to kill him once and for all.

Thereafter, Sebastian was imprisoned for life and became a hate figure for murdering Rick in such a manner.

He explained: “That was one of the things Robert [Kirkman] said to me years ago he was planning but I was never 100 percent sure that he was going to do it.”

Even though Rick has died in the comics, it looks like the character has a long life ahead of him in the screen adaptation.