Home » TV & Movies » Who Is Andrew Gray From Bling Empire And What’s His Net Worth?

Who Is Andrew Gray From Bling Empire And What’s His Net Worth? 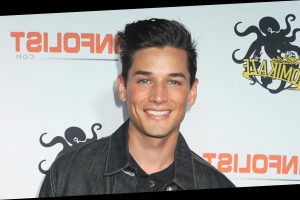 With all the hubbub around Netflix’s reality show, Bling Empire, fans are itching to learn more about the cast and their better halves. As for Kelly Mi Li, who describes herself as “self-made,” her relationship with actor Andrew Gray has people buzzing with their constant breakups and makeups. Although Kelly rolls with an elite crew, Andrew has no problem keeping up thanks to his impressive resume.

However, Kelly set herself apart from the group as the one who doesn’t have time or the luxury to go to lunch with the girls. With her work as an entrepreneur and film producer, Kelly clearly values a strong work ethic. “I work very hard,” she said on the Netflix show (via Bustle). “Success didn’t come easy; being an entrepreneur is not a nine to five. You’re on it 24/7.” Luckily for Kelly, Andrew definitely shares her career goals, but the status of their relationship ended with a cliffhanger, per RealityTibBit.com, so it’s unclear if Kelly and Andrew are reaping the benefits of their lucrative jobs. Keep scrolling for more details about Andrew.

Andrew Gray made bank as the Red Power Ranger

Long before Andrew Gray and Kelly Mi Li were an item, the actor worked tirelessly in hopes to see his face on-screen. His most well-known role was as Troy Burrows, better known as Red Megaforce Ranger, in the 2013 show Power Rangers Megaforce, which led him to star in the film Power Rangers Super Megaforce: The Legendary Battle in 2015, per Bustle. He is also recognized for his role in the 2019 movie Shadow Wolves and his short film Spilt Milk — which he wrote, produced, and acted in — is in post-production, according to IMDb.

In addition to acting, Andrew owns a production company called Knight Owl Studio and he has his own website dedicated to selling his Red Ranger merch — way to corner the market! With all of his many endeavors, TheCinemaholic.com estimated his net worth to be around $2 million, which is not too shabby for an artist. However, it’s nothing compared to some of the cast of Bling Empire.

Andrew, Bling, from, Gray, is, Who
World News