Home » TV & Movies » Why 'The Mandalorian' Is the Top Entertainment Franchise

Why 'The Mandalorian' Is the Top Entertainment Franchise 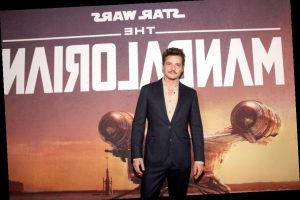 The Mandalorian is a Disney+ series that has earned major acclaim in the year that it has been streaming. The show, which draws a lot of inspiration from classic Western films, has been applauded for helping to reinvigorate the Star Wars franchise, uniting many fans for the first time in years. With the second season of The Mandalorian now streaming, fans are more excited about the show than ever before — and recently, the series was named the top entertainment franchise out of a truly elite group of contenders.

What is ‘The Mandalorian’ about?

When The Mandalorian debuted on Disney+ in November 2019, the Star Wars fan community was very divided. With the controversial sequel trilogy on everyone’s minds, many fans were cautious to commit to another Star Wars show. Still, The Mandalorian blew everyone away, with critics and fans alike praising the originality and character development.

The show follows a lone Mandalorian warrior, who completes various quests around the galaxy. Never showing his face and keeping his emotions in check at all times, the warrior, known as “Mando” to his associates, is hired to retrieve a mysterious child named Grogu. Rather than deliver the child to the Imperial forces that apparently wish to harm the child, Mando goes on the run to protect the infant and ultimately reunite Grogu with his own kind.

In the process, Mando encounters a number of significant characters in the Star Wars universe, including rogue Jedi Ahsoka Tano and fellow bounty hunter Boba Fett.

‘The Mandalorian’ was voted the top entertainment franchise

There’s no doubt that fans love The Mandalorian. In spite of that, few probably could have predicted that the series would be voted as the top current entertainment franchise of 2020.

According to Variety, the strategy and insights firm NRG recently conducted more than 350,000 interviews about 700 entertainment franchises. The end goal was to determine audience attitudes toward these various franchises, including which ones are considered to be the most thought-provoking and inspiring. The survey also went into detail about which franchises are considered to be the most “bold,” an element that helped to determine popularity as well as true entertainment value.

The Mandalorian topped the list, ahead of such powerhouses as Avengers and John Wick. One factor for the show’s popularity is likely how original it is, but there are some other reasons why the show is ranked No. 1 as well. As series creator Jon Favreau pointed out, The Mandalorian contains echoes of all the genres that inspired the original Star Wars trilogy — space adventure, samurai films, Westerns, and WWII adventure movies.

What are the other top entertainment franchises?

The Mandalorian may be No. 1, but in the NRG survey many other popular shows and movies ended up in the top 20 as well.

Just behind The Mandalorian came Avengers, Stranger Things, John Wick, Black Panther, Guardians of the Galaxy, The Witcher, Ozark, Spider-Man: Into the Spider-Verse, and Black Widow to round out the top 10. Also included in the top 20 were Mario Bros., Toy Story, The Lion King, and Hamilton.

Overall Netflix ended up taking more spots in the top 20 than Disney+, though Disney+ had the No. 1 spot. Ultimately, with the entertainment landscape changing so drastically as a result of the COVID-19 pandemic, next year could look very different in terms of the top movies and TV shows.