Home » TV & Movies » Will Whoopi Goldberg be in the 'Sister Act' Remake?

Will Whoopi Goldberg be in the 'Sister Act' Remake?

We all miss Whoopi Goldberg‘s movie career after making some near-classic comedies in the 1990s, something she’s mostly given up (other than some exceptions) in favor of ringmastering The View.

While we can understand why co-hosting the latter show is valuable in discussing today’s most pressing political issues, it makes a new generation almost forget she was an iconic big-screen comedian.

One of those classic comedies she made was Sister Act, a film with a simple premise, yet became a cottage industry. It spawned a sequel, plus a very successful Broadway musical still touring across the country.

After the initial film and an immediate sequel in 1992 and ’93, revisiting the role 26 years later might sound a bit contrived. Rather than go this route, it’s looking like a reboot will become a reality without Goldberg in the lead. 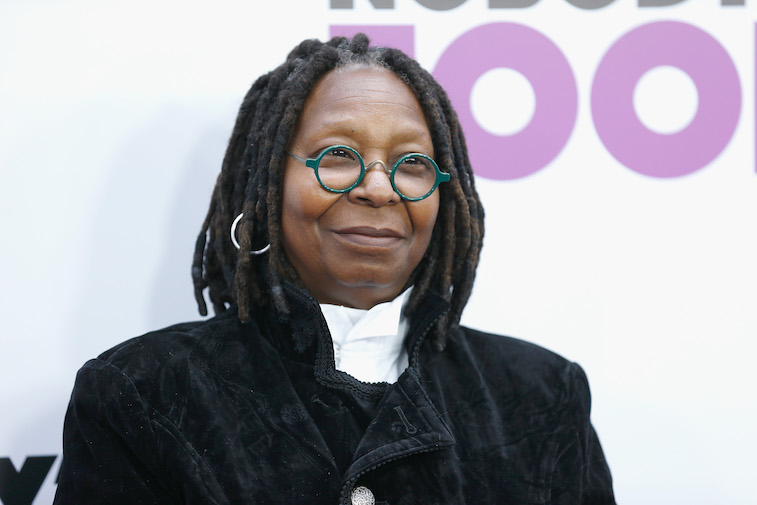 Should ‘Sister Act’ really be remade?

The posited theory by Daniel Radcliffe that the Harry Potter franchise (and many other movie franchises) will get a reboot eventually seems to indicate he might have predicted Hollywood future trajectory. Studios may have a 20-year plan already set in stone toward rebooting everything ever made with a few originals thrown into the mix now and again.

While there may be consternation from moviegoers about having to endure reboots of classic films they’ve grown up with, there is some creative validity to remakes. After all, Hollywood did do that already during the golden age as well. However, the remakes were dressed up so much with big stars, different dialogue, and even plot situations, you could hardly tell it was a retread.

There should really be a creative precedent to wait at least 20 years before any remake goes into production. Those in Hollywood are hardly waiting this long of late. Yet, Sister Act was over a quarter-century ago, outside of not feeling that way if you remember seeing it as a kid or young adult.

At the movie’s heart is a great premise: A lounge singer having to go into the witness protection program and hiding in a convent full of nuns. Had an algorithmic program created such a plot, it would have drawn on numerous movie tropes from mafia films to The Sound of Music to create the perfect plot formula.

Recent reports have Goldberg only doing a cameo in the remake

It’s a bit painful to think of an original star from a classic movie making a cameo in the re-do. Despite Goldberg looking nearly identical now to when she did both Sister Act films, it’s inevitable she’ll be relegated to a cameo if the reported remake goes forth.

We’ve seen those kind of crossover cameos before if you include such iconic actors as Charlton Heston appearing in a 2001 Planet of the Apes remake, plus Bill Murray showing up in the 2016 Ghostbusters.

Both of those examples are notably lesser efforts compared to the originals. One thing producers can’t seem to contemplate is some movies capture rare chemistry you can’t really duplicate.

Can we say the same of the original Sister Act without producers boldly thinking they can successfully recreate the magic? Perhaps the better route is to flip it on its ear and just do a movie adaptation of the Broadway musical.

With musicals back in vogue, Broadway versions of other classic movies may be next

We’ve lost count on how many Broadway musicals exist now based on classic movies or other media. Thanks to movie musicals having some popularity again, what are the chances of a big screen Sister Act musical being the better bet?

The latest news on that doesn’t give many details other than Whoopi Goldberg’s cameo appearance. She apparently wanted to play the lead, but Disney wanted to go in a different direction.

Should it be an adaptation of the musical, catching the same casting magic as the original will be nearly impossible to recreate. We almost wish for remastered re-releases of the originals rather than taking time to recreate chemistry you arguably can’t capture twice.