Yes, the Iron Throne Is Still Standing on Game of Thrones

In “The Bells,” the penultimate episode of Game of Thrones, Daenerys Targaryen destroys King’s Landing for no apparent reason—other than moving the story where it needed to be in time for the series finale. Drogon listens to his mom when she says “Dracarys!” because he’s a good boy, but he maybe doesn’t realize he’s torching innocent citizens and soldiers who already surrendered. Eventually, Daenerys begins to destroy the Red Keep, the castle built by her ancestors to house the ruler of the Seven Kingdoms.

Much of the Red Keep falls, including a grand staircase, the cellar through which Jaime and Cersei try to escape, and the courtyard that housed the famed painted map of Westeros. But there’s one thing the episode doesn’t show at all: the Iron Throne. Does it even even exist anymore? Did Daenerys destroy her life goal while seeking revenge on the innocent? Probably not. Despite her rampage of horror, the Iron Throne is likely still standing—for now. 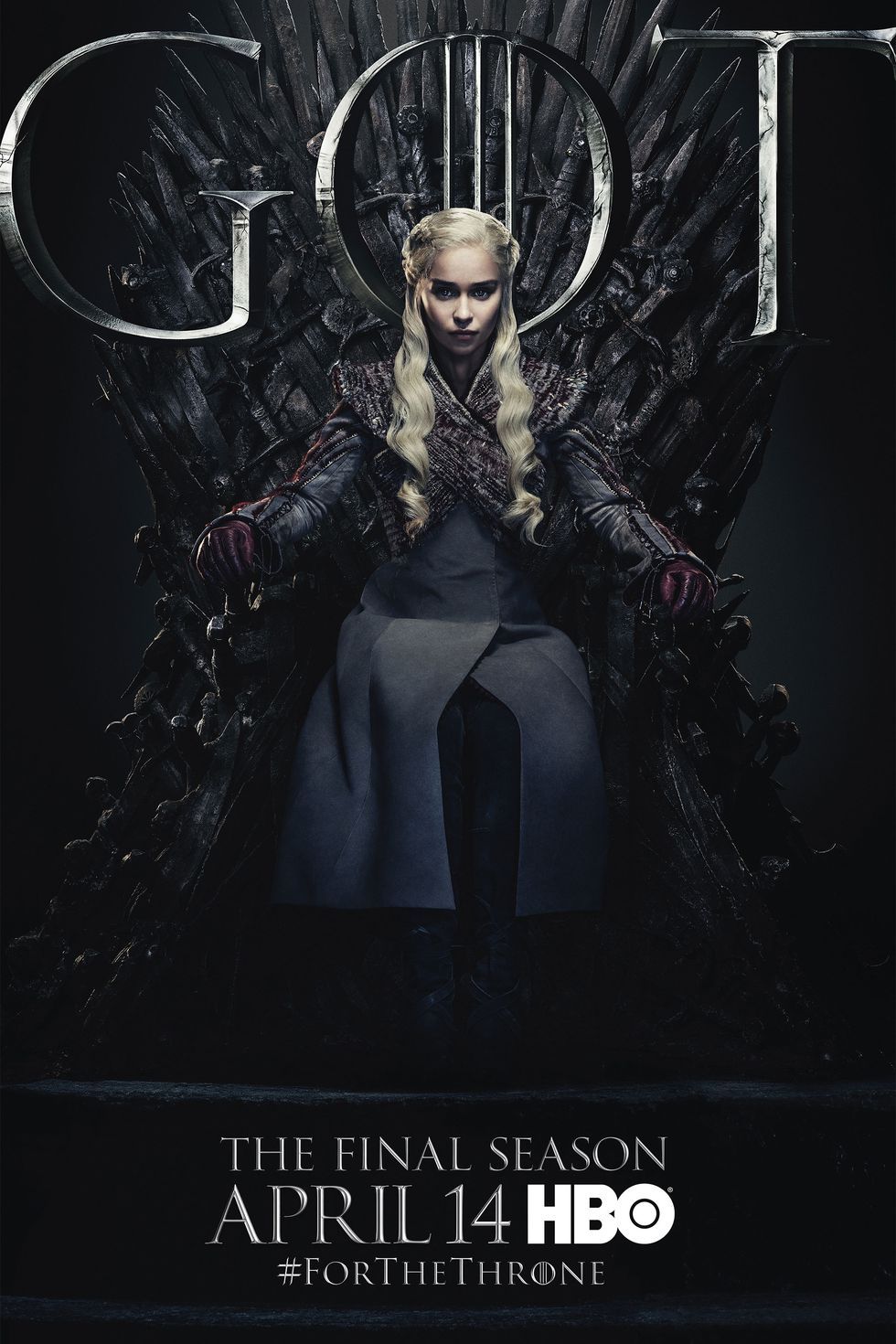 The Iron Throne is the driving force of the show and Daenerys’s role on it, so if it did get destroyed, we would’ve seen it onscreen. Plus, the Iron Throne is likely still intact thanks to a scene from Season 2 Episode 10, “Valar Morghulis.”

In the House of the Undying in Qarth, Daenerys has a vision of herself walking into the empty throne room in the Red Keep. The roof is gone, and the room is covered in what appears to be snow (in hindsight, it’s probably ash from Drogon’s attack). In her vision, Daenerys gets within an arm’s reach of the Iron Throne, but never gets to touch it. We’ll probably see a very similar scene in the final episode, with Daenerys thinking she’s finally succeeded. But no matter what happens in the Game of Thrones finale, one thing is almost certain: The Iron Throne, like many characters on Game of Thrones, is likely not long for this world.

There will be a leader by the end of the show (please let it be Sansa), surrounded by wise counsel (Davos, Bran, and Tyrion if he doesn’t die). But the Iron Throne will likely be destroyed before they sit on it, marking the end of the throne and the dangerous game people played to secure it.