Twenty eight female inmates were subjected to a ‘night of terror’ where they were sexually assaulted and two were raped by dozens of male prisoners who bribed officer with $1,000 to give them access to women’s wing of Indiana jail, lawsuit claims

A group of 28 women have filed a lawsuit claiming they were repeatedly raped and attacked in a southern Indiana prison after an officer sold a key to the women’s wing to a male inmate.

Lowe is also facing separate felony charges after being arrested last October in connection with the horror incident, where he gave inmates access to secure areas of the jail in exchange for $1,000.

Dozens of women were subjected to a ‘night of terror’ by the male prisoners, which went uninterrupted for at least two hours on 24 October 2021. The men used the keys given to them by Lowe to access the women’s wing where they covered their faces so they could not be identified, and proceeded to yell and threaten to harm them if they pressed an emergency call button.

Twenty of the women have lodged a lawsuit against Sheriff Jamey Noel in both his individual and professional capacity.

Eight more women, all named as Jane Does, are also suing the Sheriff’s department, Lowe and unnamed jail staff, but they are not suing Sheriff Noel individually.

The civil lawsuits both claim Lowe gave the male prisoners keys to the female jail pods in exchange for money. 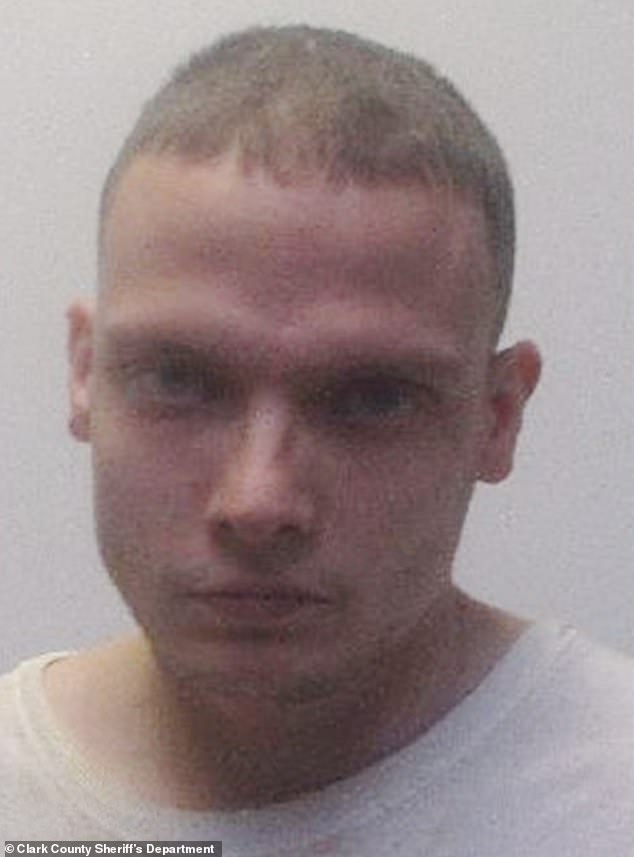 Clark County Sheriff’s Department, ex-corrections officer David Lowe and unnamed jail staff in Jeffersonville are being sued by 28 female inmates who were raped and sexually harassed in a ‘night of terror’ after he gave male inmates a key to the women’s wing in exchange for $1,000 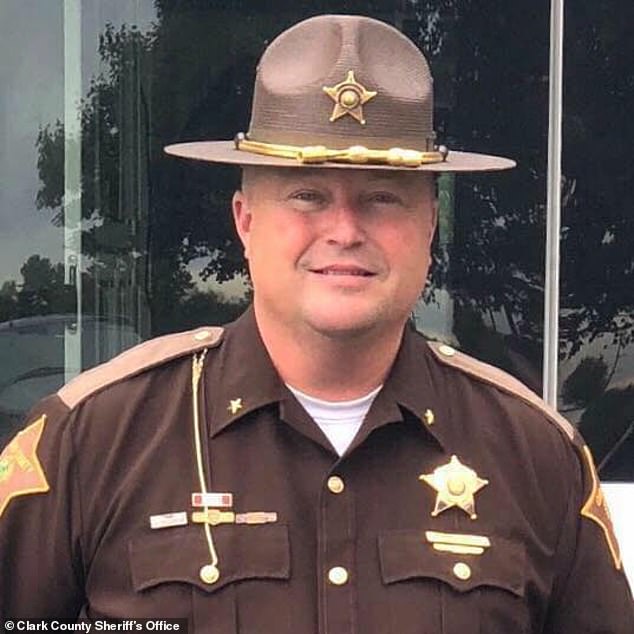 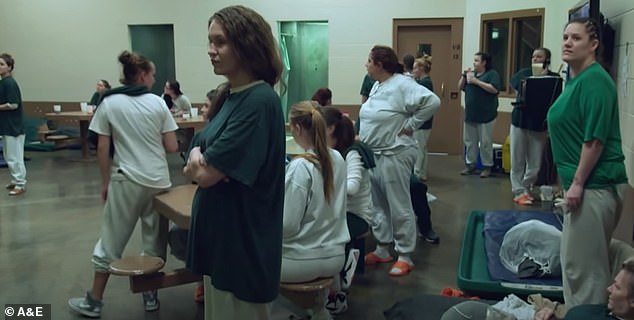 Clark County Jail allowed A&E to film its 60 Days In reality TV show in the male and female wings. Pictured: An image from the reality show in 2016 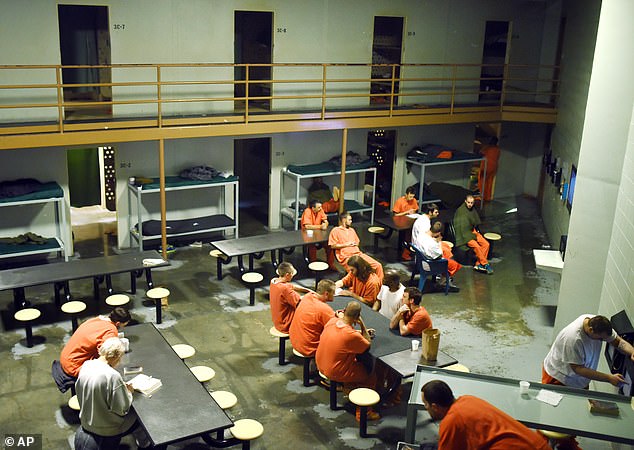 He was investigated immediately after the incident, before being arrested and fired.

At around 11.30pm two men came in and threatened to kill the women if they tried to call for help from prison staff. 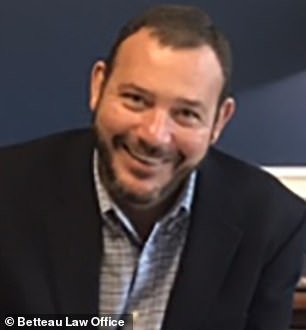 Attorney Bart Batteau represents 20 of the women suing. He told DailyMail.com that he believes footage of the horrific incident exists

Multiple men then entered the pods, grabbing and groping the female inmates and exposing their genitals to them. Some of the women were forced to hide in the bathroom or ‘dark corners’ of their dormitory.

The alleged attacks lasted for hours, and at least two women were raped during the brutal and sustained attacks.

The civil lawsuit said: ‘As a direct and proximate cause of the actions of Defendants, [the female inmates] suffered horrific physical and psychological injuries.’

Part of the second lawsuit reads: ‘Amazingly, even though there were surveillance cameras positioned in locations that showed the male detainees accessing the woman’s Pods.

‘Even though the incident involved multiple male detainees and dozens of victims over an extended period of time, not a single jail officer on duty that night came to the of Plaintiffs and the other victims.’

After the attack finally stopped the victims were punished by jail staff losing their ‘dark’ privileges so that ‘lights remained on in the female pods for the next 72 hours’.

Clark County Sheriff’s office defended itself in a statement to DailyMail.com, saying that the incident was ‘the result of the unforseeable criminal actions of a rogue corrections officer.

‘The individual in question chose to abandon his training, ethics and morals and made the unilateral decision to mortgage his career and future by allowing inmate access to the jail keys.’

Lowe, the ‘rogue officer’, has been charged with trafficking with an inmate, aiding escape and official misconduct, with his trial set for November this year.

Bart Betteau and William McCall III, who represent 20 of the group of women, confirmed that the majority had since ben released from prison.

Speaking to DailyMail.com Betteau said: ‘My belief is that there is video because there always is.

‘We have requested what we can but enough time hasn’t ran for them to have to provide it. We believe that evidence will be available.

‘The first thing we want is changes to be made. This is absolutely horrible. You can feel how horrifying it is when you talk to the women.

‘They were in a place of security, when male inmates barged in there for a number of hours, doing what they want including raping women, and nothing was done about it.

‘There are buttons on the inside of the door in case of emergencies, in the main pods to let the jailers know, and nothing.

‘Again this is a video covered area, and they do nothing. They are meant to do standard walkthroughs that jail officers do and nothing.

‘Until you look these women in the eye and hear them talk about it you can’t understand their horror.’ 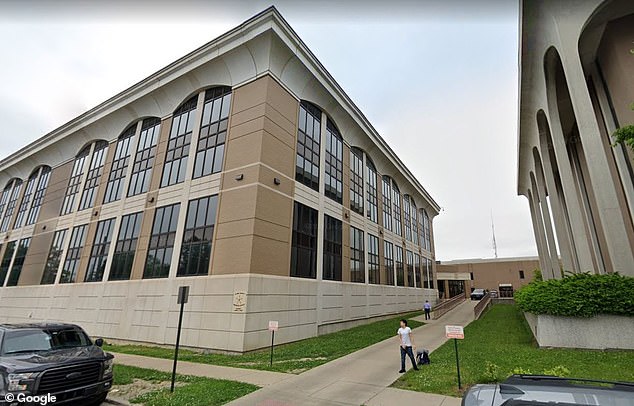 The Clark County Jail in Indiana is used as the backdrop for the reality TV show 60 Days In, in which a volunteer pretends to be prisoner and their daily life in prison is filmed around the clock

Clark County Sheriff’s department said in its statement that jail command became aware of the incident when a lawyer called to report that his client had informed him that male inmates had obtained the keys and entered the women’s pod.

It said that an immediate investigation began, which included reviewing security video, recorded interviews with all male inmates, corrections officers and more than 40 female inmates.

‘The sheriff’s detective division has continue to interview female inmates who were present in the pod that evening and these interviews have yielded information that is in direct opposition to the allegations made in the civil suit,’ the department said in a statement.

‘Further the investigation seems to indicate that there was a systemic plan by individuals who were incarcerated that evening to develop the narrative that makes up the crux of the claims in the civil case.’

The department added that it ws ‘committed to debunking those untruths that have been alleged by those who are attempting to reap financial gain from the crimes of David Lowe’.

Clark County Jail has previously participated in a television show called 60 Days In where volunteers pretend to be incarcerated on the A+E Network. It’s understood that the show, which is currently airing, was not filming during the incident.

Clark County Sheriff’s department did not respond immediately for comment when contacted by DailyMail.com.