Five young men have been charged in connection with the death of their fraternity brother, who succumbed to alcohol poisoning after a booze-soaked party earlier this year.

Zavier Larenz Brown, 21, Jonathan Anephi Vu, 22, Mohamed Ibragim Kharaev, 21, Caleb Gavin Valleroy, 20, and Jonathan Gabriel Villicana, 21, were all members of the Sigma Alpha Epsilon fraternity at University of California, Irvine, when fellow member Noah Domingo died one weekend in January after a night of drinking as part of the fraternity’s “Big Brother Night.” Domingo, 18, had joined the fraternity several month prior, and Brown was his “Big Brother.”

Domingo died in the early morning hours following the party at an off-campus fraternity house in the city of Irvine in Southern California’s Orange County. Brown, Vu, Kharaev, Valleroy and Villicana were all on the lease. There was no evidence that any of the five young men engaged in hazing in connection with Domingo’s death, according to a press release from the Orange County District Attorney’s Office.

The Orange County Coroner’s Office ruled that Domingo had died around 3:30 a.m. on Jan. 12, hours before Irvine police received a frantic 911 call about the unresponsive teen at 9:42 a.m. Toxicology tests found no other substances besides alcohol in his system, according to the coroner’s office.

Domingo was a freshman at University of California, Irvine, where he was majoring in biology so he could study kinesiology and hopefully one day become an NBA trainer, his father told ABC Los Angeles station KABC. 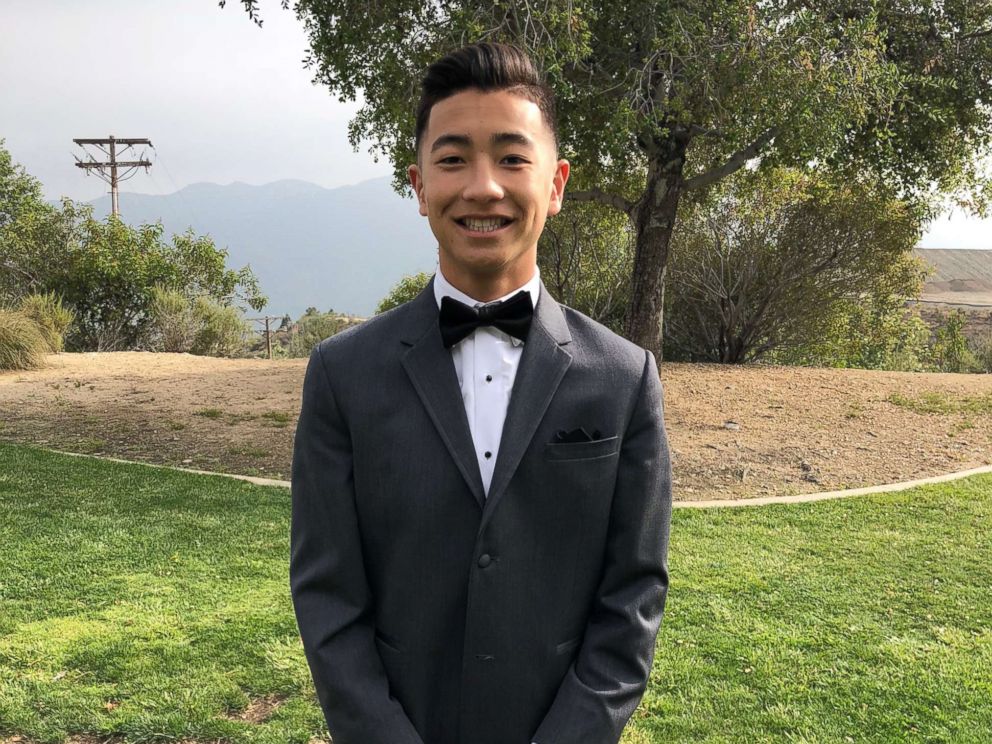 Brown, Vu, Kharaev, Valleroy and Villicana have all been charged with one misdemeanor count of violating the Irvine Municipal Code for allowing a party or gathering where underage drinking is permitted, according to the district attorney’s office.

Brown faces a maximum of 18 months in jail if convicted on all counts, while Kharaev, Vu, Valleroy and Villicana all face a maximum jail sentence of six months if convicted.

It was unclear whether any of the five young men have hired attorneys.

”Providing alcohol to those under the legal drinking age is reckless and dangerous, especially in an environment that is notorious for excessive drinking by young people who may not understand the potential risks of their behavior,” Orange County District Attorney Todd Spitzer said in a statement Wednesday. “Unfortunately, current law prevented prosecutors from filing anything more than a misdemeanor in this case. The furnishing of alcohol to a minor that results in great bodily injury or death should be a felony, and the Orange County District Attorney’s Office is pursuing legislation to make that change.”

Sigma Alpha Epsilon was placed on interim suspension at University of California, Irvine, as the school reviewed the incident amid the ongoing police investigation. Edgar Dormitorio, vice chancellor of student affairs at University of California, Irvine, said in a statement back in January that the school will also “examine the larger context in which this tragedy occurred” and work with the Greek community to make sure behavior aligns “with university policies and their own values.”

The fraternity’s national headquarters also suspended chapter operations at the school during its own review of the incident.

“We are heartbroken by the death of our UCI brother, Noah Domingo,” Mike Sophir, the CEO of Sigma Alpha Epsilon, said in a Jan. 14 statement. “Our thoughts and prayers are with his family and friends, and we appreciate the support the university and its staff have provided to students in this difficult time.”