A DISGUSTING stench hit thousands of homes across the West Midlands overnight.

The foul smell – described as being like sewage, manure, cheese and vomit – spread from Birmingham throughout the county. 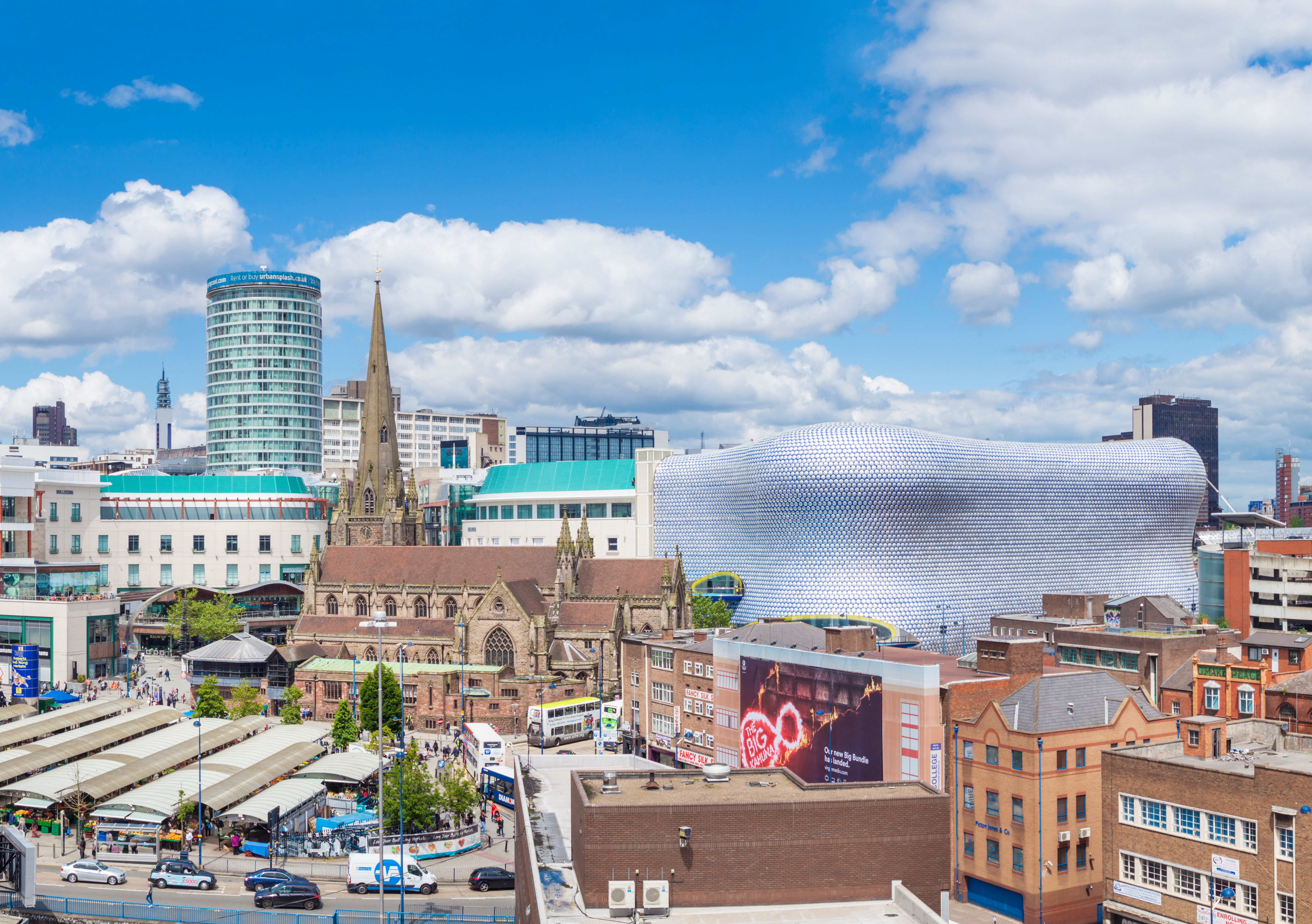 Many appalled residents took to social media to tell of their horror – with some convinced it was being deliberately pumped out to stop people leaving home.

The bizarre conspiracy theory was sparked by some Brits suggested the Government could be trying to encourage people to stick to the coronavirus restrictions.

One local told the Sun: "There's a horrid smell in the air over the Midlands.

"My friend lives 20 miles away from me in Wednesbury and she can smell it.

"It can't be a weather condition as I've never smelt anything like it in my 36 years existence except on a farm."

This week new lockdown measures came into force in the West Midlands after the number of coronavirus cases rose.

Ministers announced the partial lockdown in Birmingham and two neighbouring boroughs, Solihull and Sandwell, on Saturday.

The ramped-up rules mean a ban on different households meeting indoors in the three areas – except for those in a support bubble.

Is this a new strategy to get everyone wearing masks?

The West Midlands mayor Andy Street announced the new measures on Friday as the region's R rate stood between 1.0 and 1.5.

The restrictions affects about 1.6 million people and run alongside wider national rules brought in on Monday.

One person tweeted: “What is the god awful smell of sh*t in the air being smelt all over the west Midlands?”

While another added “Well, there’s a smell polluting the Midlands – is this the end?”

And a resident jokingly suggested: “Boris must be responsible for this poo smell in the West Midlands so no one goes out.

"No one seems to be able to confirm where it’s coming from. I can however confirm that it smells like s****y cheese!”

Another added: “Is this a new strategy to get everyone wearing masks?”

And one Brit took it one step further saying: “My sister has got so many conspiracy theories on why the whole of the West Midlands suddenly smells like s**t…

According to NHS Digital data, the seven-day rate for the city to September 8 showed 78.2 cases per 100,000 with 892 cases over the period – among the highest in Birmingham since April's peak.

Speaking of a potential lockdown in the area on September 10, Health Secretary Matt Hancock said: "We are seeing some sharp rises in cases across many parts of the West Midlands.

"And so we do take these decisions on a localised basis." 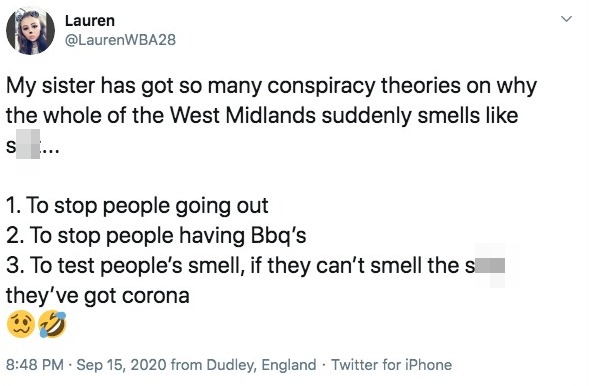 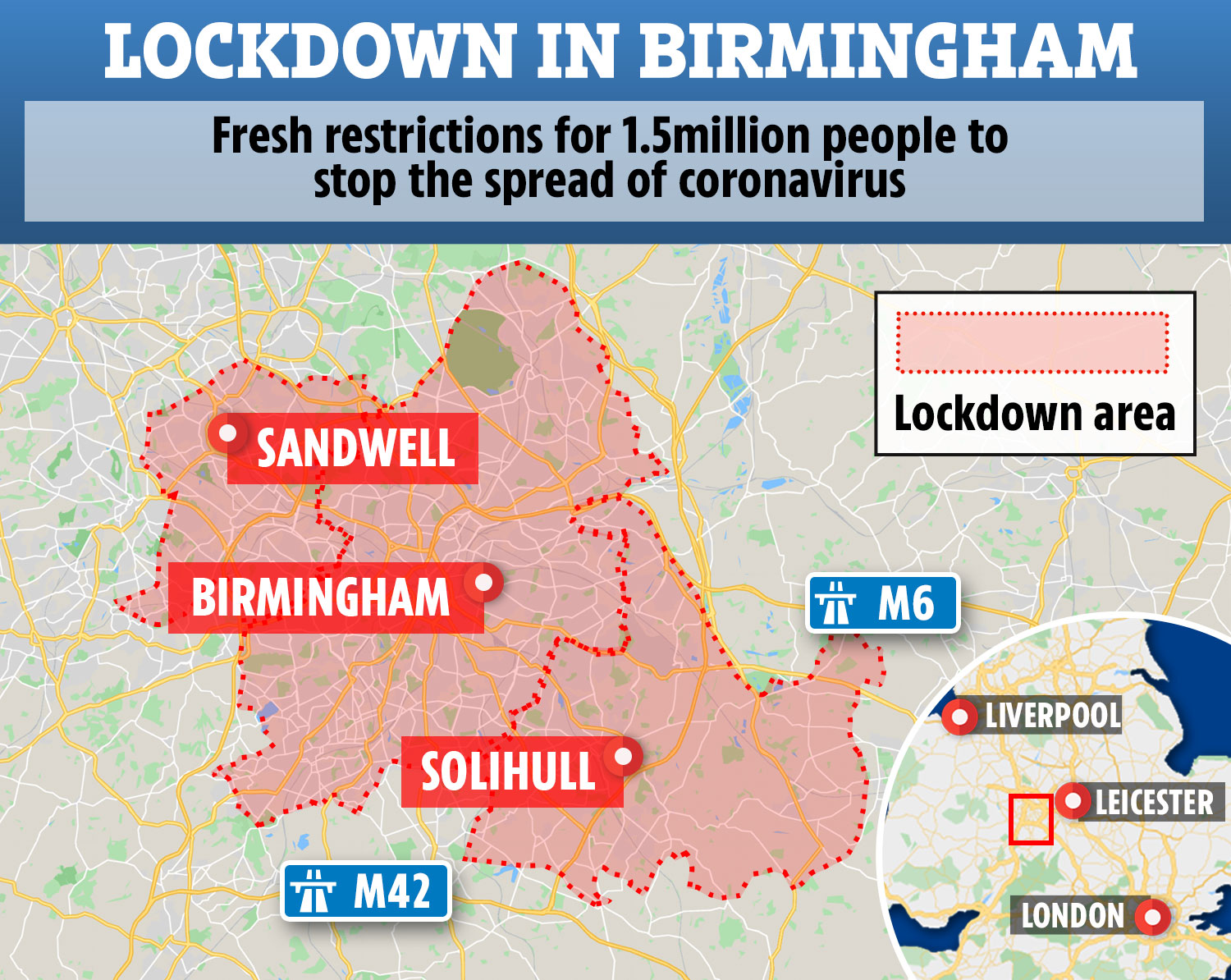