A brutal period in Victoria’s history is set to be retold as part of the Yoo-rrook Justice Commission, the state government’s truth-telling inquiry into the wrongs committed against Aboriginal people after white settlement.

One of the most difficult of these truths to confront will be the wave of slaughter unleashed in the mid-1800s, when Indigenous people were massacred by white pastoralists and explorers across the state’s frontiers. 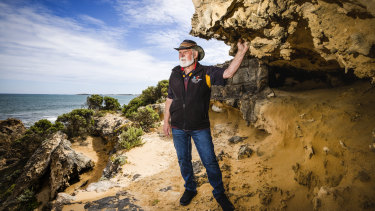 Robert Lowe wants to tell his family story of an Aboriginal massacre in Victoria’s west.Credit:Nicole Cleary

Lyndall Ryan, from the University of Newcastle’s Centre for the History of Violence, has spent years researching the widespread killing of Aboriginal people by colonisers.

On her map of the massacres, Victoria is covered in horrifying dots — each one representing the indiscriminate killing of at least six Aboriginal people. But two clusters stand out: one in Gippsland, and a larger one in Victoria’s Western District.

Professor Ryan identified about 50 massacre sites in Victoria, with at least 1200 Aboriginal people believed to have been killed from the 1830s until the 1850s. Information was gathered from written sources, such as letters, memoirs and newspaper reports.

The majority were in the west of Victoria, she said, near the settlements of Portland and Hamilton.

At one site near Portland, known as Convincing Ground, almost the entire Kilcarer Gundidji tribe was killed by whalers in either 1833 or 1834. Estimates of the number of deaths range from 20 to as many as 200 people.

“There were some very dramatic massacres in Gippsland as well,” she said. “But when you look at the map, and the Western District, it looks like a major killing field.”

The period before the gold rush, when the massacres took place, was a time of pastoral expansion through the Western District, said Professor Ryan. Australia, in the search for early prosperity, was riding on the sheep’s back.

“It turns out to be great sheep country, it was also a good kangaroo hunting ground as well,” she said. 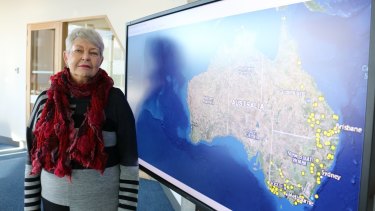 Professor Lyndall Ryan has researched the history of massacres of Indigenous people in Australia.

The massacres of Aboriginal people are a controversial and contested aspect of white settlement in Victoria. For more than a century, the killings were rarely discussed by the wider public until the first map of the massacres was released by the Koorie Heritage Trust in 1991.

“It was impactful and controversial,” said Yorta Yorta man and Koorie Heritage Trust chairman Ian Hamm of the map’s reception.

“People didn’t realise what had happened in Victoria as part of the colonisation process. It opened up a chapter of Victoria’s history that people didn’t want to talk about.”

The number of massacres that took place in Victoria is believed to be even higher than those listed in official sources. 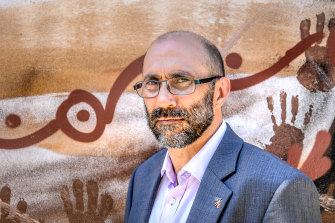 ‘The victors get to write history’: Ian Hamm.Credit:Justin McManus

Stories of massacres passed down through generations of Indigenous families are expected to be uncovered by the commission.

“The victors get to write history,” said Mr Hamm. “That will be an important part of the truth-telling commission’s role. It will be told from the Aboriginal perspective.”

Monash University Indigenous Studies Centre professor Ian Clark, whose study of massacres and killings in western Victoria based on archival material and limited oral history found in excess of 90 sites, said complete numbers could not be known.

“There was a deliberate silencing,” Dr Clark said.

‘There was a deliberate silencing. Indigenous communities have many stories they have kept to themselves which I expect will come out during the truth-telling.’

“Indigenous communities have many stories they have kept to themselves which I expect will come out during the truth-telling.”

Peek-Whurrong man Robert Lowe has carried the memory of his great-grandmother surviving a massacre his whole life.

According to the account, Alice Dixon Clarke was walking to a shelter near Warrnambool in the 1800s with a group of Aboriginal people when her companions ate poisoned food given to them by a farmer.

“The ones who ate the poison didn’t make it to the shelter,” Mr Lowe said. “She survived it, that’s the story my grandmother told me.” 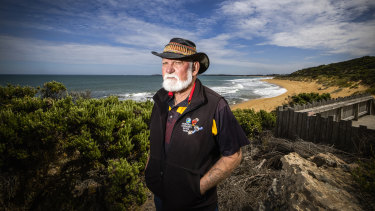 ‘The ones who ate the poison didn’t make it to the shelter’, says Robert Lowe. Credit:Nicole Cleary

Mr Lowe’s family passed the story down through generations of oral history at the Framlingham Aboriginal Mission, but the account has never featured in historical records.

Only when Mr Lowe’s own children encouraged him to give classroom talks did he begin to share his family memories.

“We were told by our elders never to tell our stories,” Mr Lowe said. “We kept all the stories to ourselves.”

Gunditjmara man Michael Bell, a member of the First Peoples’ Assembly, said he wanted more discussion and promotion of historic massacre sites in the south-west of Victoria. 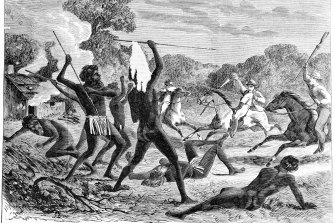 An 1867 image by Samuel Calvert from the Illustrated Melbourne Post, depicting Aboriginals and white settlers “in battle”. Credit:State Library of Victoria

“The internal wars of Australia need to be acknowledged,” Mr Bell said.

“It’s about restoring Australian history and telling it how it is.”

The Yoo-rrook Justice Commission will host public hearings about social, economic and health disadvantage, and the role colonisation and discriminatory government policy have played in fostering that disadvantage.

The commission will hear Indigenous stories from the time of colonisation through to the stolen generations and up to the present day, aiming to educate the public and generate momentum for legislative and cultural change.

That commission was tasked with investigating human rights abuses committed from 1960 to 1994, receiving more 22,000 statements from victims.

More than 7000 applications were made for amnesty for crimes committed during apartheid, with over 1000 granted.