He lives 15,000 kilometres away in the United States, but David Nelson was so moved by the tragic story of a young Jewish man’s 1946 death in Melbourne that he organised a gravestone for him.

In soft rain on Sunday at Fawkner cemetery, in Melbourne’s north, 11 people attended the consecration of the monument to Kurt Kriszhaber, which is engraved with the Star of David. 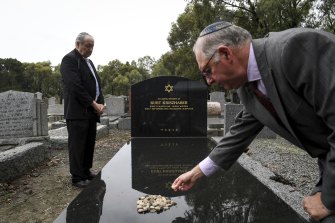 Teacher and lay cantor Michael Cohen recited psalms, then said in English and sang in Hebrew the Memorial Prayer, asking God to grant Mr Kriszhaber “proper repose under the sheltering wings of your presence”.

Mr Nelson, who watched by live stream from Florida, has spent three years pursuing the recognition Mr Kriszhaber did not receive upon his death. 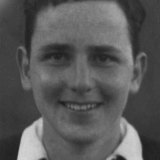 In 2018 Mr Nelson – an education assistant at the Holocaust Museum and Cohen Education Centre in the city of Naples, Florida – read a 1941 letter in his museum’s collection that Mr Kriszhaber wrote from an internment camp at Tatura, near Shepparton in central Victoria.

In the letter, addressed to New York woman Sally Faktor, a frantic Mr Kriszhaber, aged 20, asks Ms Faktor – believed to be a relative or friend – if she knows what has become of his relatives in his native Vienna, Austria.

Mr Nelson, a former journalist, “started digging around on the internet” and found Mr Kriszhaber’s father was murdered in Auschwitz concentration camp in Poland.

His aunt and uncle were taken to the Minsk ghetto, where they were killed. His grandparents died in Theresienstadt concentration camp. His mother had died when he was a boy.

Mr Nelson discovered that Mr Kriszhaber was a “Dunera boy” — one of more than 2500 men, mostly Jewish refugees, who fled to England only to be arrested as enemy aliens and sent to Australia in poor conditions in 1940 on the ship HMT Dunera.

They were imprisoned for over a year, first at Hay in NSW, then at Tatura, Victoria. While many returned to the UK, some such as Mr Kriszhaber stayed and joined the Australian Army’s 8th Employment Company, which did logistics work. 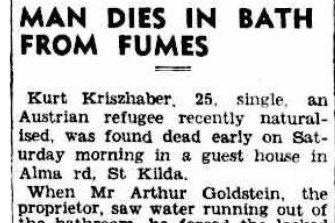 An article on Kurt Kriszhaber’s death in The Argus on September 9, 1946.Credit:National Library of Australia – Trove

Mr Kriszhaber was discharged from the army, and in September 7, 1946, days after he obtained Australian citizenship, he died due to a gas leak while taking a bath in his Alma Road, St Kilda, lodging house. He was 25 years old.

Mr Nelson found that Mr Kriszhaber’s sister, Martha, had survived in New York. She lived until 1986 and did not have children. 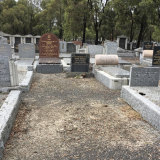 The blank grave site before the tombstone was added.

Mr Nelson was shocked when his niece, who lives in Melbourne, discovered Mr Kriszhaber’s burial site, in Fawkner cemetery’s Jewish section, was unmarked.

State Trustees gave Mr Nelson permission to install a gravestone, and he raised $5000 through crowdfunding.

About 100 people donated from across the world, including $500 from a Jewish organisation, Mosaica, in Jerusalem and a Florida woman who gave $500 after hearing a talk by Mr Nelson.

Mr Nelson, who is originally British and who is not Jewish, feels he has righted a wrong in giving Mr Kriszhaber’s grave a name.

“I thought it was terribly sad that he died without anybody knowing about him, who he was or anything, and his family had been destroyed in Europe,” Mr Nelson said.

Ron Reichwald, president of the Dunera Association, the son of a Dunera Boy and one of the donors, said Mr Kriszhaber’s story was “horribly tragic” after Mr Kriszhaber had “escaped the ravages of war”.

He said Mr Nelson’s actions were “magnificent. He went beyond the call of duty. He stumbled on to this by accident and he followed it right through. It’s a selfless act.”