Johannesburg: Five southern African nations that host most of the world's elephants are demanding the right to sell ivory.

They say communities that live alongside the pachyderms, which destroy crops and occasionally kill people, must be allowed to benefit from their trade.

The Presidents of Botswana, Zimbabwe, Zambia and Namibia, as well as Angola's environment minister, met on Tuesday in Kasane, Botswana, to forge a common policy toward elephant management. 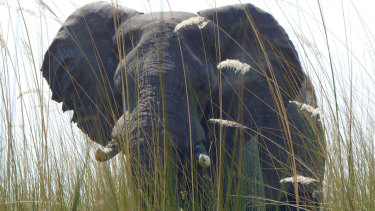 Ivory sales currently require approval from the international community through the Convention on International Trade in Endangered Species of Fauna and Flora (CITES).

Elephant poaching in the region has surged since ivory trading was banned and ivory stockpiles, most from natural deaths, continue to grow, they said. Conservationists dispute that the moratorium has stoked the illegal killing of elephants and oppose ivory sales. CITES was due to meet this month in Sri Lanka, but the meeting was postponed after the Easter bombing attacks in the country.

"Let us resolutely affirm our position on elephant management and speak with one voice for our communities," said Emmerson Mnangagwa, President of Zimbabwe, which has the world's second-biggest population of elephants after Botswana. "That one size fits all approach from CITES of banning everything disregards the good efforts of our governments and is neither sustainable or advisable. We must reject it."

The number of elephants in Botswana has surged to 160,000 from 55,000 in 1991, according to the government, increasing conflict between humans and elephants. The larger population moves across the five countries in a border region twice the size of the UK known as the Kavango Zambezi Transfrontier Conservation Area, which comprises swamps, grassland and riverine habitat.

"We cannot continue to be spectators while others debate and take decisions about our elephants," Botswanan President Mokgweetsi Masisi said at the summit. 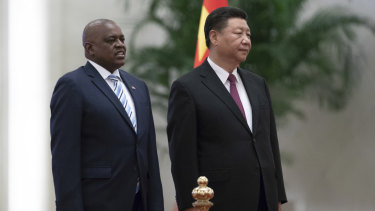 Masisi, who the BBC reported gave stools made from elephant feet as gifts to his counterparts at the event, has called for a lifting of the hunting ban in Botswana. His government has suggested selective "cropping" of elephants to benefit communities. Critics, including his predecessor Ian Khama, say the approach will damage the tourism industry and is geared toward winning rural votes for the ruling Botswana Democratic Party in elections in October. Tourism accounts for a fifth of Botswana's economy.

Africa lost as many as 111,000 elephants in the decade to 2016 as a surge in poaching in the east of the continent caused the population's biggest decline in the past 25 years, according to the International Union for Conservation of Nature. Most ivory is sold illegally to East Asian countries.

The five countries also resolved to conduct transnational aerial surveys to establish a more accurate population estimate and to provide more incentives for communities to co-exist with the world's largest land mammals.

"I listened this morning to all the experts lecturing us and I wanted to ask where they come from?" said Hage Geingob, Namibia's President. "If they are from Europe or the US, I wanted to ask them how they destroyed all their elephants, but come to lecture us."

Species of elephant, such as the Cyprus dwarf elephant, or animals closely related to elephants, including mastodons, became extinct in North America and Europe thousands of years ago.