A mother has slammed Aldi for ‘risking her baby’s life’ after a thermometer she bought there failed to show her daughter’s dangerously high temperature.

She gave her some medicine but hours later she still felt hot, so her mother called the NHS 111 hotline.

Paramedics were rushed to the family home in Todmordern, West Yorkshire where they re-took the baby’s temperature and found it was dangerously high – 39.1C.

Ms Cochrane-Dyer spent three days in hospital with Meredith while she underwent meningitis and sepsis checks. 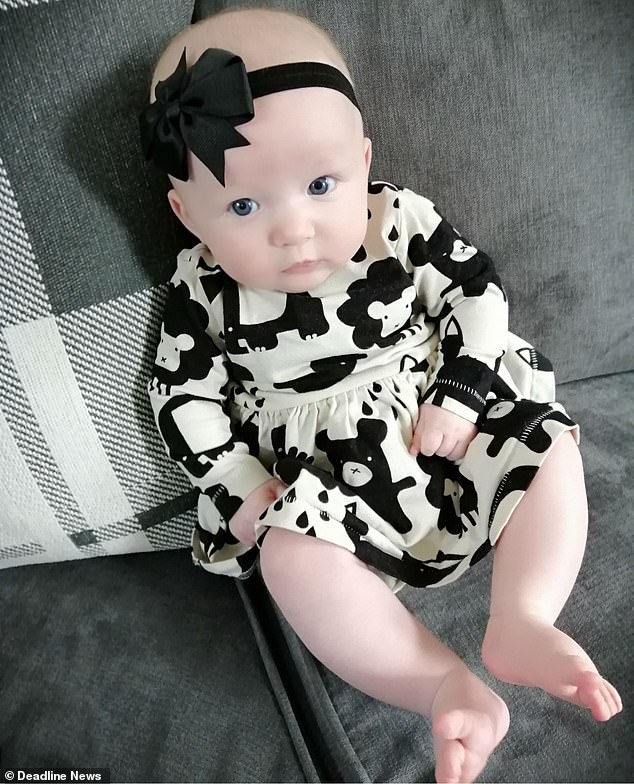 Angela Cochrane-Dyer, 35, used the £15 contactless thermometer to measure her 16-week-old daughter Meredith’s temperature when she fell ill last month. She claims it gave her false readings

The youngster made a full recovery, but Aldi has now recalled the product, with Ms Cochrane-Dyer desperate to warn other parents about her experience.

She wrote on Aldi’s Facebook page: ‘To say I’m upset is an understatement. I purchased one of your forehead scanning thermometers for my new baby.

‘When she seemed unwell on Monday, I used the scanner regularly throughout that day with readings of between 36.7 degrees and 37.4 degrees. I gave her medicine anyway as she felt hot to me.

‘Later that afternoon, she seemed to be really burning up so took her temperature with your scanner again giving me a reading of 36.9 degrees.’

Referring to the accurate reading taken by paramedics, she said: ‘As she is only 16 weeks old, this kind of temperature is quite serious and I feel your thermometer delayed me seeking important treatment.

‘I don’t want anything else from this post but for you to recall this product so that this or something much more serious, doesn’t happen to anyone else.’

Lisa Lunniss wrote: ‘This is really bad. Thank goodness you are so vigilant and thank goodness for warning others.’

‘That’s why you will find that most medical/health services use digital ear thermometers these days.’

Jill Hatton posted to say she had suffered a similar experience. She wrote: ‘I have a version bought last year. Same problem, ended up at the chemist buying head strips and one for under the arm.’

Speaking today Angela said: ‘I’m glad I went with my gut and disregarded the thermometer but someone else might not.

‘I don’t want anything else from this post but to raise awareness and urge anyone who has one to return it.’ 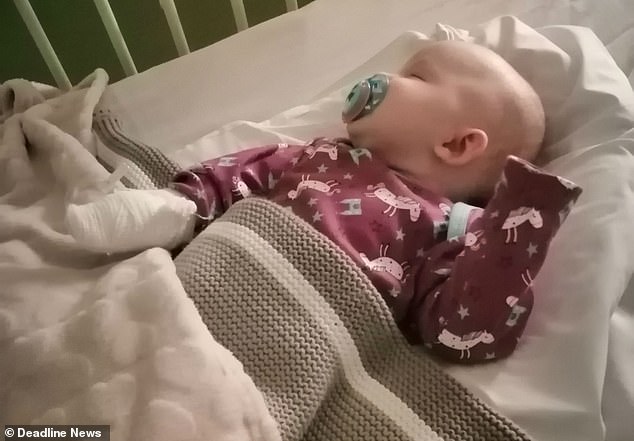 The Aldi device gave her readings between 36.7C and 37.4C – not high enough to be classed as having a fever (38C). But paramedics later revealed Meredith’s temperature was actually 39.1C 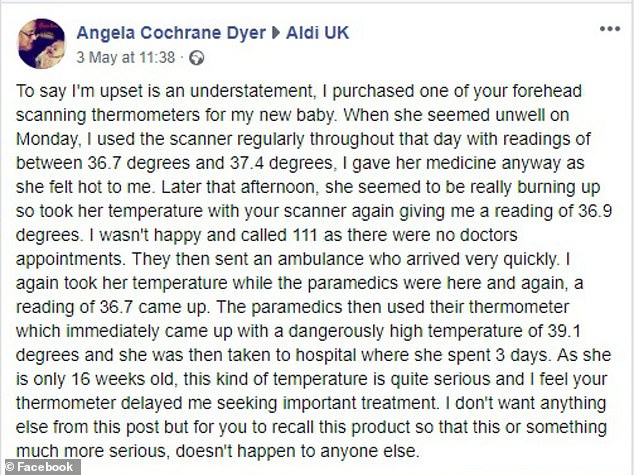 She took to Aldi’s Facebook page to complain, claiming the product had put her baby’s life at risk

Aldi today confirmed the thermometer is no longer for sale but insisted this was due to a limited-time sales promotion.

A spokesman said: ‘We are working with our suppliers to find out whether this product was giving false readings and, if it was, what may have caused those readings.

‘Our initial findings suggest that dirt on the thermometer may have compromised its performance.

‘We are sorry to hear of Ms Cochrane Dyer’s experience and wish her daughter a speedy recovery.’ 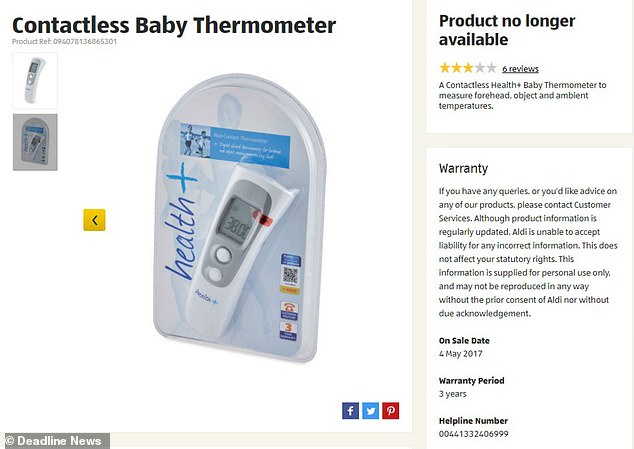