A tourist could face up to two years in prison over his negative online reviews of a Thai island hotel.

The Sea View Resort on Koh Chang claims American Wesley Barnes launched a barrage of complaints against them after his stay, forcing them to take legal action in a country renowned for strict criminal defamation laws. 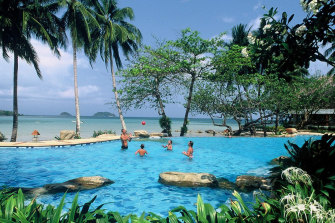 Barnes, who works in Thailand, penned multiple reviews on different sites, the hotel alleges. In one posted in July, he claimed to have encountered "unfriendly staff" who "act like they don't want anyone here".

Another post, which accused the hotel of "modern day slavery", was removed by TripAdvisor for violating its guidelines.

Barnes is accused of causing "damage to the reputation of the hotel". He was arrested and returned to Koh Chang for a brief detention, but is now out on bail.

Management at the Sea View said they took legal action to discourage further reviews from being posted, and had attempted to contact Barnes beforehand.

"We chose to file a complaint to serve as a deterrent, as we understood he may continue to write negative reviews week after week for the foreseeable future," they said.

Thailand's notorious anti-defamation laws have faced condemnation from human rights organisations, who say they can be used to stifle free expression.

In December 2019, a Thai journalist was handed a two-year sentence for libelling a chicken farm on Twitter.

Suchanee Cloitre was convicted for a post she made about a legal dispute over working conditions at the Thammakaset farm.

"I'm shocked and did not think the sentence would be so harsh," Suchanee told Reuters after the sentencing.