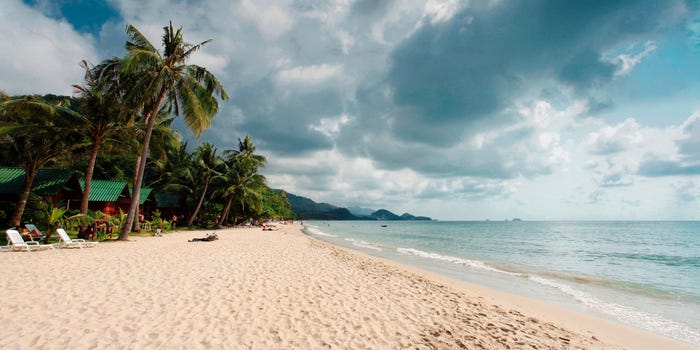 An American is facing up to two years in prison after an island resort in Thailand sued him over a negative Tripadvisor review.

The owner of the Sea View Resort on Thailand's Koh Chang Island filed a complaint against Wesley Barnes, accusing him of causing "damage to the reputation of the hotel" following his July visit, according to AFP.

"Unfriendly staff, no one ever smiles. They act like they don't want anyone there. The restaurant manager was the worst. He is from the Czech Republic. He is extremely rude and impolite to guests. Find another place. There are plenty with nicer staff that are happy you are staying with them," the review, which is still available on Tripadvisor, said.

In a response from the resort's rooms division manager, Tom Storup, staff accused Barnes of refusing to pay a corkage fee for alcohol he brought into the resort's restaurant and using "abusing language" toward employees.

In one review that has since been deleted, Barnes accused the hotel of "modern-day slavery," according to The Telegraph.

"We chose to file a complaint to serve as a deterrent, as we understood he may continue to write negative reviews week after week for the foreseeable future," the hotel said in a statement to The Telegraph.

Thailand has strict anti-defamation laws, which can lead to lengthy prison sentences or fines.

Barnes was arrested by immigration police and has since been released on bail. He did not immediately respond to Insider's request for comment.