Angry decorator daubs ‘Want your house painting? Pay the bill’ in 20ft letters on old pub as boss ‘owes him £500’ – The Sun A PAINTER and decorator who claims he is owed £500 for his work has taken revenge – by daubing a message on the side of an old pub he had worked on.

Dean Reeves, 50, wrote in large black letters: "Want your house painting? Don't be like Terry, pay the bill! Now you will!" over the cream exterior he had painted. 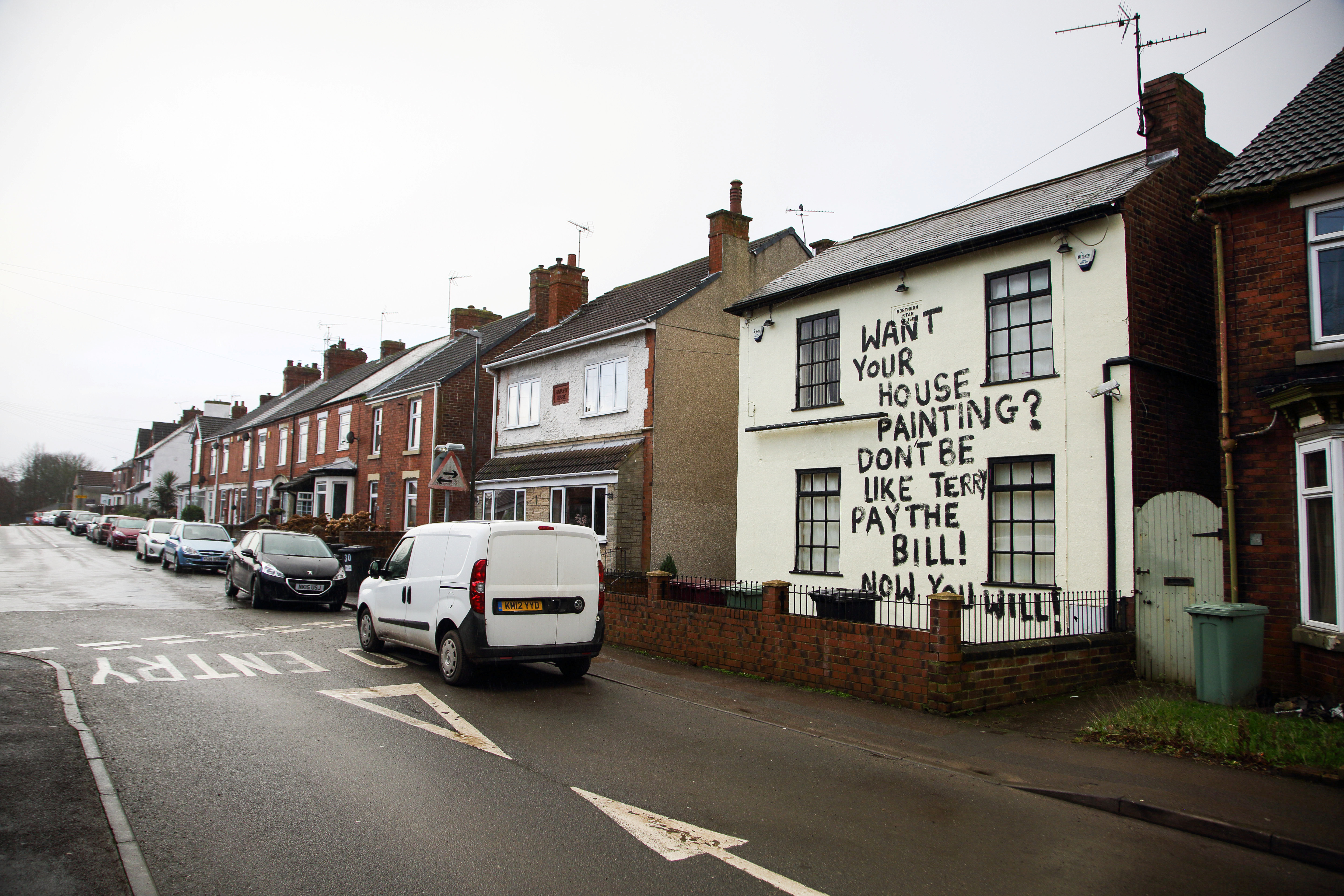 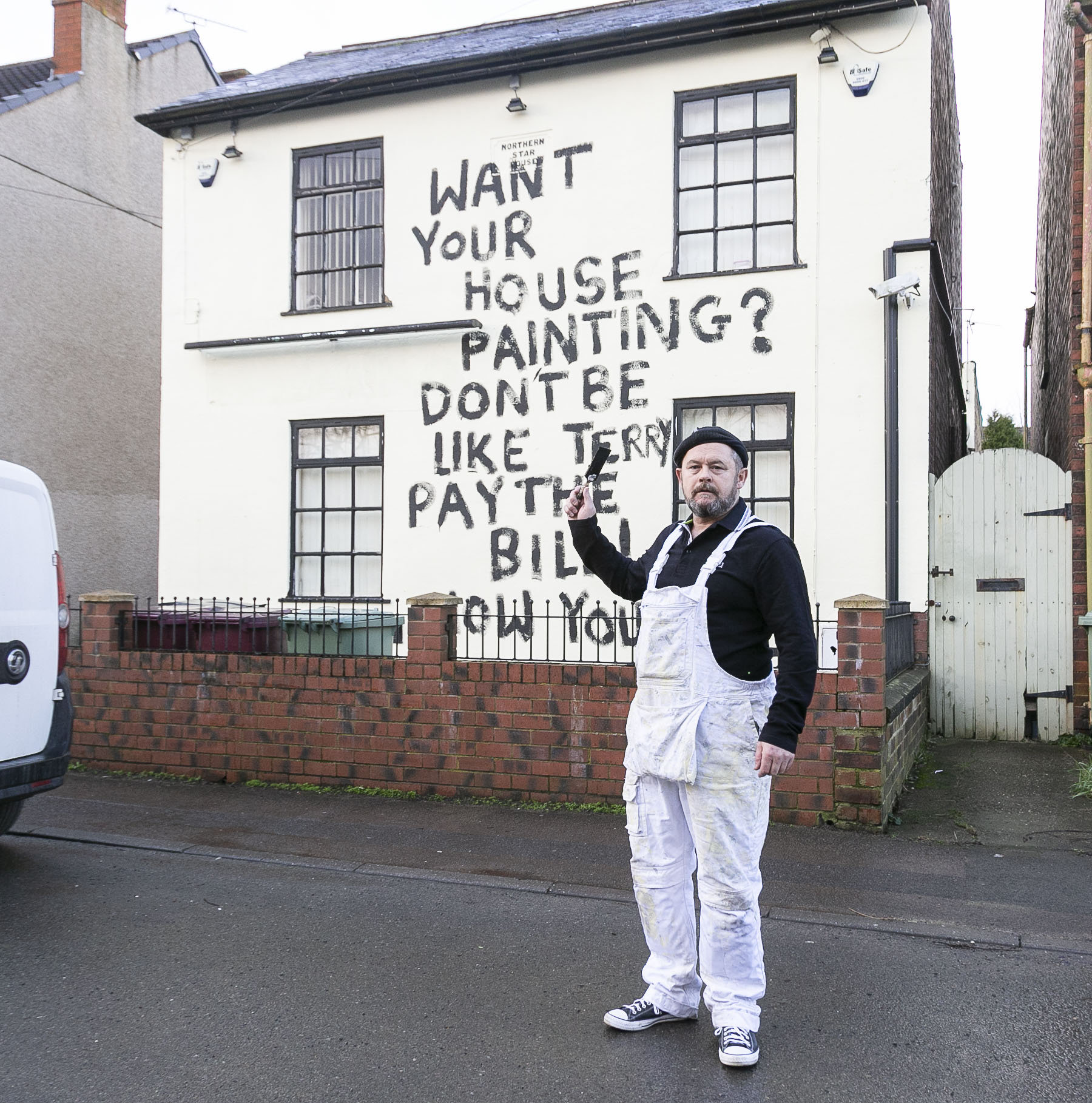 Mr Reeves claims builder Terry Taylor paid him just £650 of the £1,150 agreed price for the work, but refused to pay the rest until he had done additional work on the building.

He claims he worked through his lunch for a week to get the job done on time on the former North Star Club in Bolsover, Derbyshire.

He said: "I gave him a quote for the job and he said he would 'ping me the money straight away'.

"But I did the job off ladders, saving him £900 on scaffolding and I took all the signs off myself.

"I did the work and he said if I go back to give the back of the building another coat, he would pay me.”

But after learning he was not going to be paid, Mr Reeves took matter into his own hands – lavishing the cream-coloured rendered building with black paint.

"I was never going to get paid, but I wanted to make sure he had to pay something to get it cleared off," he concluded.

I was never going to get paid, but I wanted to make sure he had to pay something to get it cleared off

When contacted for comment, Mr Taylor denied ripping off the painter and decorator and explained how he was going to pay in full once the work had been completed.

"I found out about it last night but I'm completely unbothered – It's just paint, the idiot," he affirmed.

"I've spoken to police now and they will be looking to arrest him – he's going to be done for criminal damage.”

A Derbyshire Police spokesman commented: "We received a call this morning reporting that a property in Welbeck Road, Bolsover had had graffiti painted onto it.

"It appears to be a dispute between two parties and we will be getting in touch with those involved in due course." 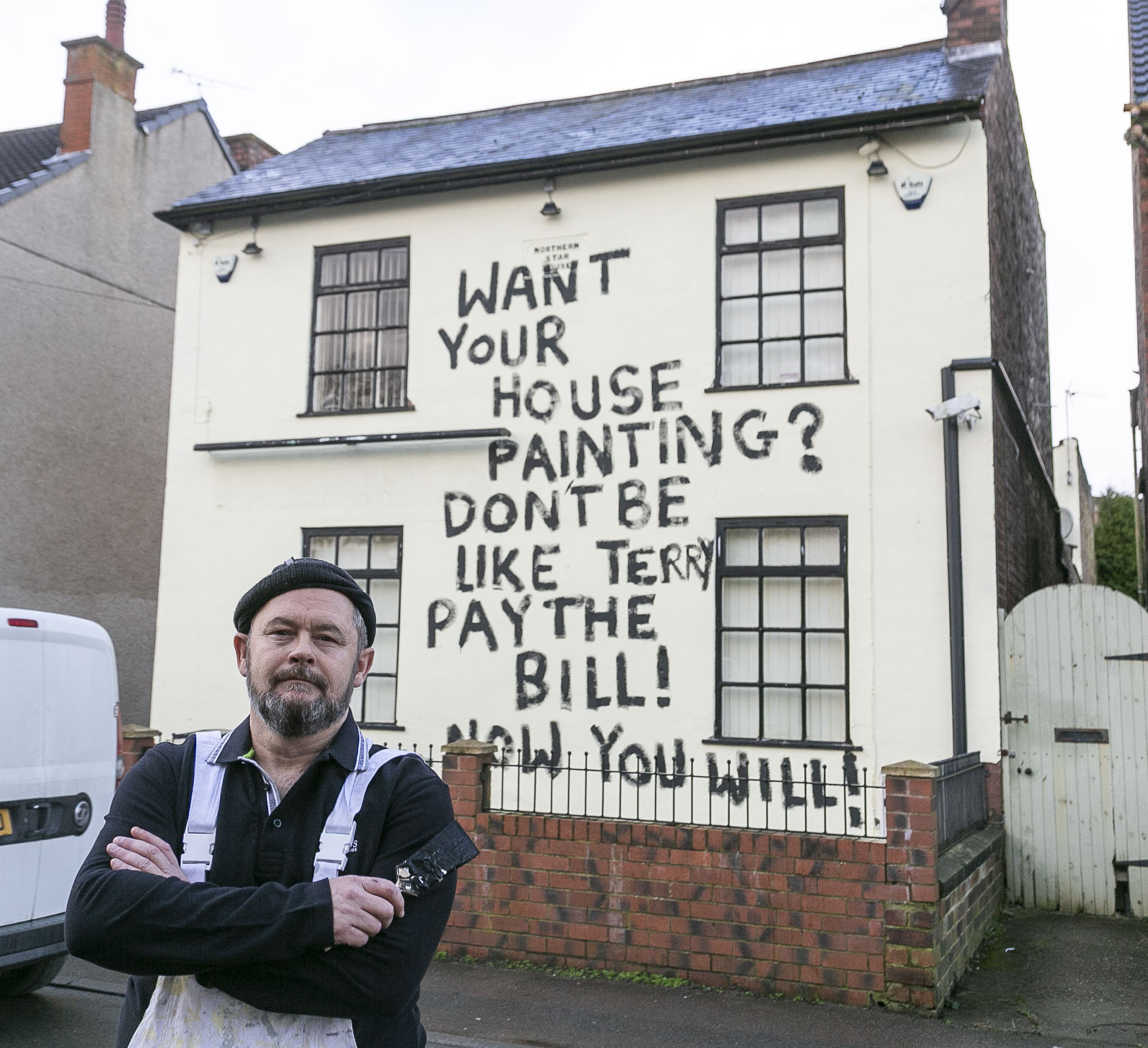 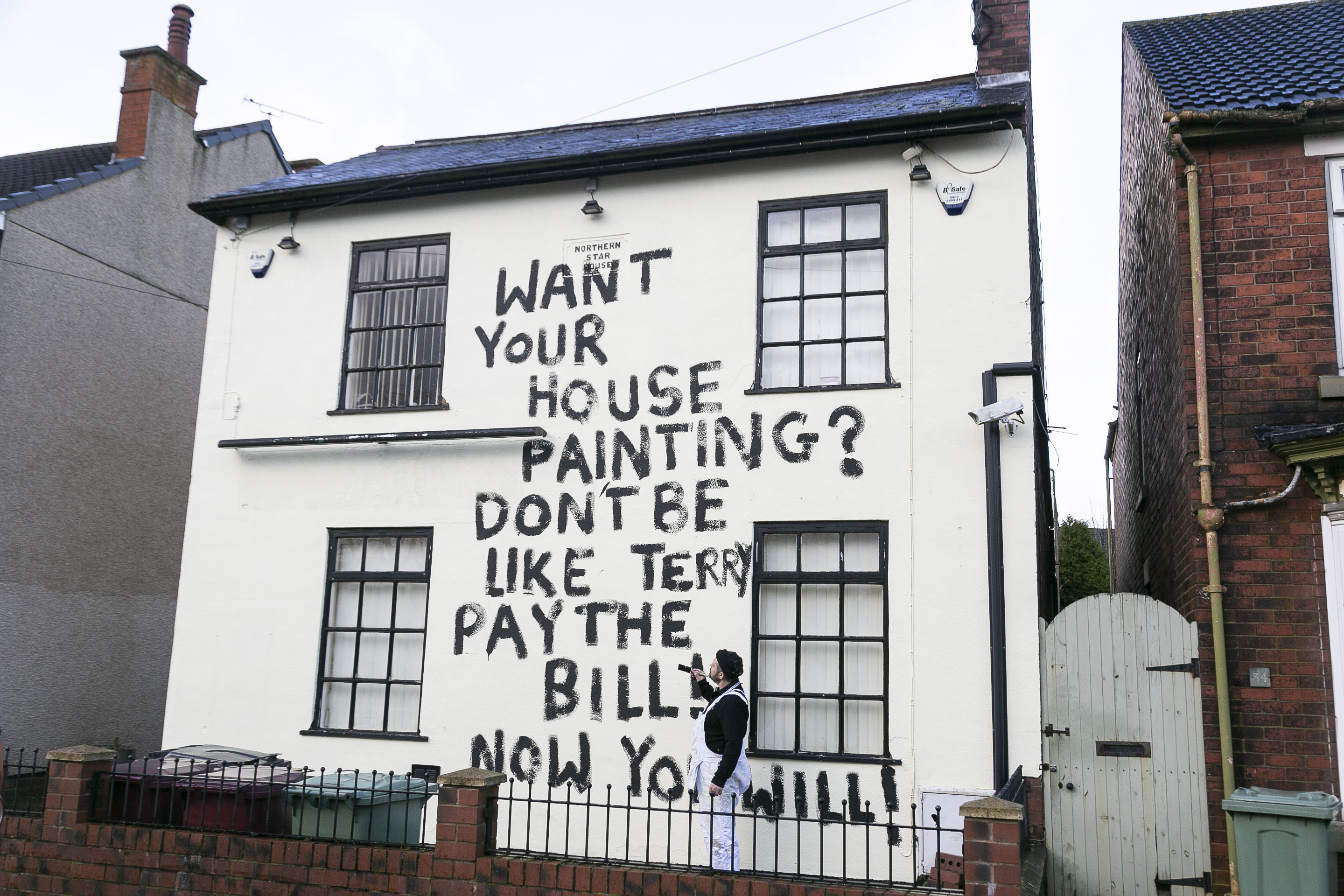 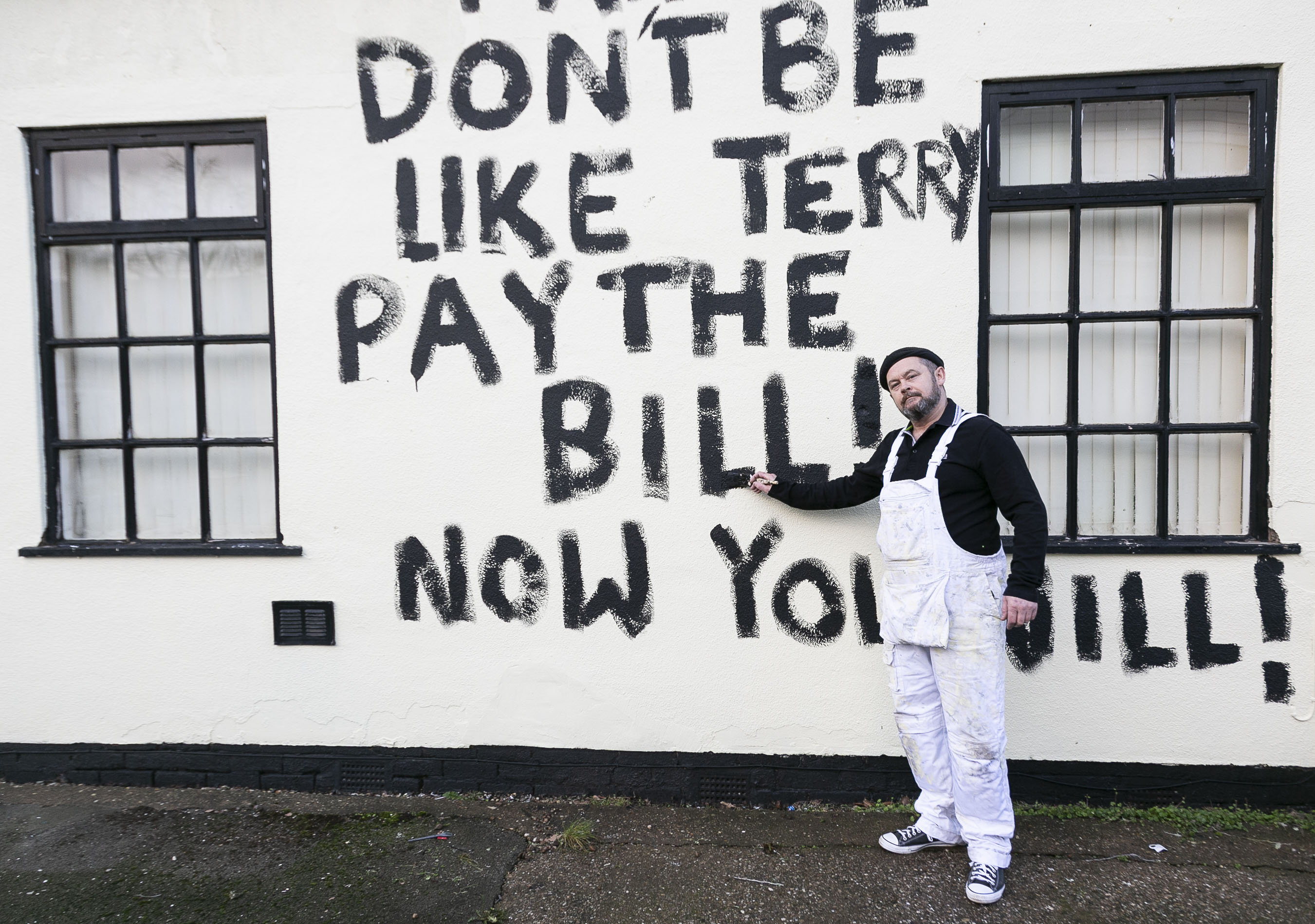