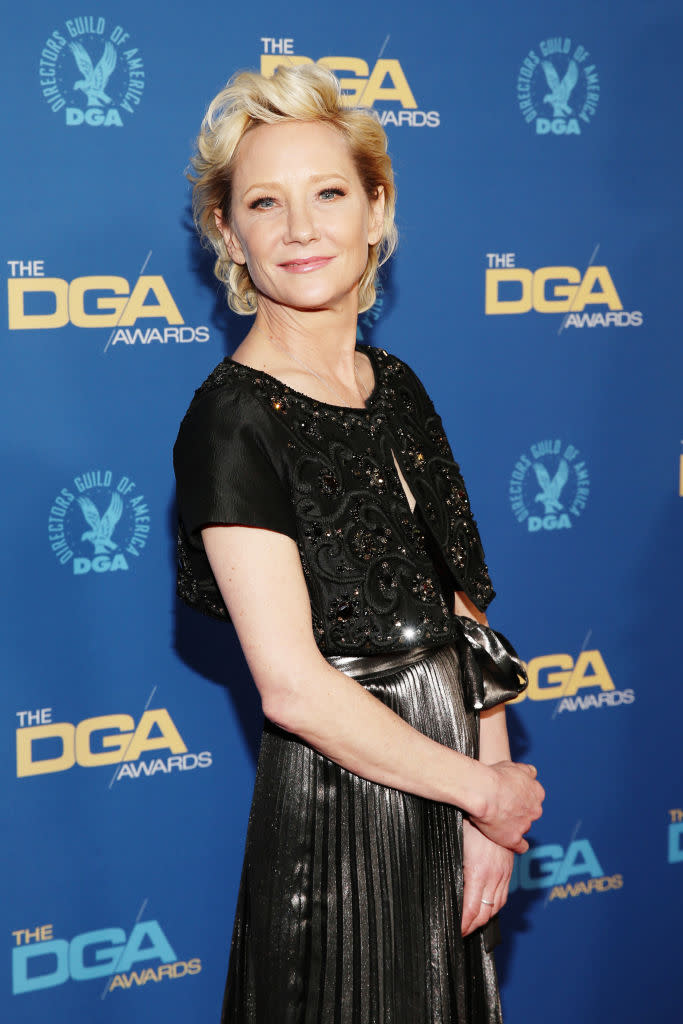 Anne Heche, known for her roles in a string of high-profile late ’90s movies including Six Days Seven Nights; Emmy-winning TV work in shows such as Men in Trees and the soap opera Another World; and her attention-grabbing relationship with Ellen DeGeneres, has been declared “brain dead,” her publicist said Friday, one week after a horrific car crash.

There was initially confusion about Heche’s condition on Friday, with friends and family posting tributes to the actress, even though, as her publicist said, “Her heart is still beating.” Philanthropist Nancy Davis said in an Instagram story that “heaven has a new angel” and “my heart is broken.” DeGeneres also shared a message in a since-deleted tweet, writing, “This is a sad day. I’m sending Anne’s children, family and friends all of my love.”

Heche’s publicist clarified to People that the 53-year-old actress was declared legally dead under California law late Thursday, and she only remained on life support while doctors worked with the OneLegacy Foundation to find transplant recipients for her organs.

“Anne had a huge heart and touched everyone she met with her generous spirit,” the actress’s family said in a statement to Yahoo Entertainment. “More than her extraordinary talent, she saw spreading kindness and joy as her life’s work — especially moving the needle for acceptance of who you love. She will be remembered for her courageous honesty and dearly missed for her light.”

Police say Heche was under the influence of narcotics, reportedly including cocaine, when she lost control of her Mini Cooper on Aug. 5 and smashed through a home in the Mar Vista neighborhood of Los Angeles. It took 59 firefighters 65 minutes to extract her from the fiery wreck. She fell into a coma and never regained consciousness after being hospitalized in what her publicist described to Yahoo as “extreme critical condition.”

In a subsequent statement on Thursday, the publicist explained that Heche had suffered “a severe anoxic brain injury,” meaning oxygen was cut off from her brain, and she was not expected to survive.

“We want to thank everyone for their kind wishes and prayers for Anne’s recovery and thank the dedicated staff and wonderful nurses that cared for Anne at the Grossman Burn Center at West Hills Hospital,” the family statement read.

In addition to Six Days Seven Nights, the 1998 action comedy in which she starred opposite Harrison Ford, Heche appeared the same year in Gus Van Sant’s remake of Psycho. She packed 1997 with work in high-profile projects, including crime drama Donnie Brasco, with Johnny Depp and Al Pacino; political dramedy Wag the Dog, which starred Robert De Niro and Dustin Hoffman; the action flick Volcano, with Tommy Lee Jones; and the teen horror movie I Know What You Did Last Summer. Her film credits also included The Juror (1996), John Q (1992), I’ll Do Anything (1994), Cedar Rapids (2011) and Catfight (2016). 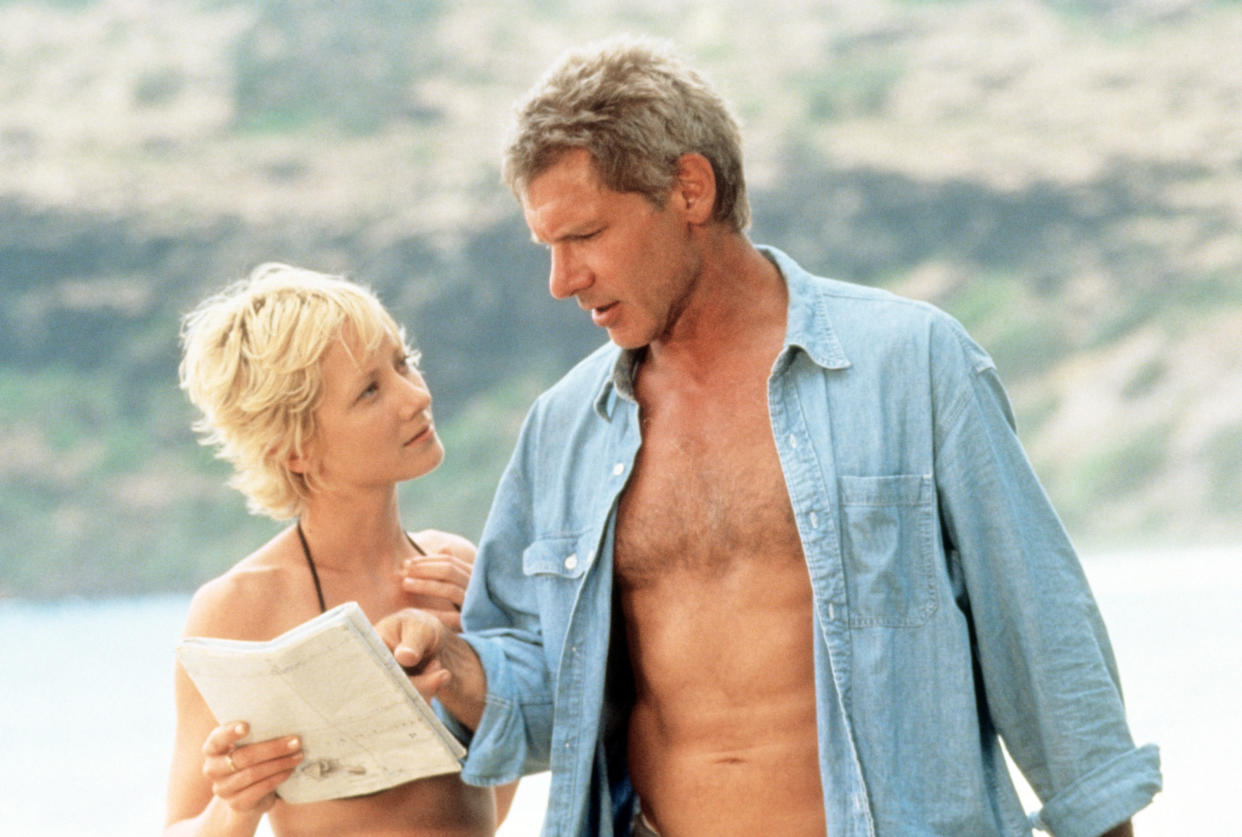 On TV, her work was prolific. She was perhaps best known for her ABC show Men in Trees, which aired for two seasons beginning in 2006, in which she played a relationship guru seeking love in small-town Alaska, but she also made her mark in shows including the HBO comedy Hung (2009-11), The Michael J. Fox Show (2013-14), Chicago P.D. (2018-19) and courtroom drama All Rise last year. She also competed on Dancing With the Stars in 2020.

She appeared on popular shows such as Ally McBeal, Everwood and Nip/Tuck. In 2004, she was nominated for a Primetime Emmy for her turn in the Lifetime movie Gracie’s Choice, and she won a Daytime Emmy in 1991 for playing twins on the soap opera Another World, on which she appeared on for eight years beginning in 1984. She had auditioned for the job after a talent agent took notice of the 16-year-old Heche in a school play.

Heche was a Broadway actress, too. In 2004, she was nominated for a Tony Award for Best Actress in a Play, for Twentieth Century. 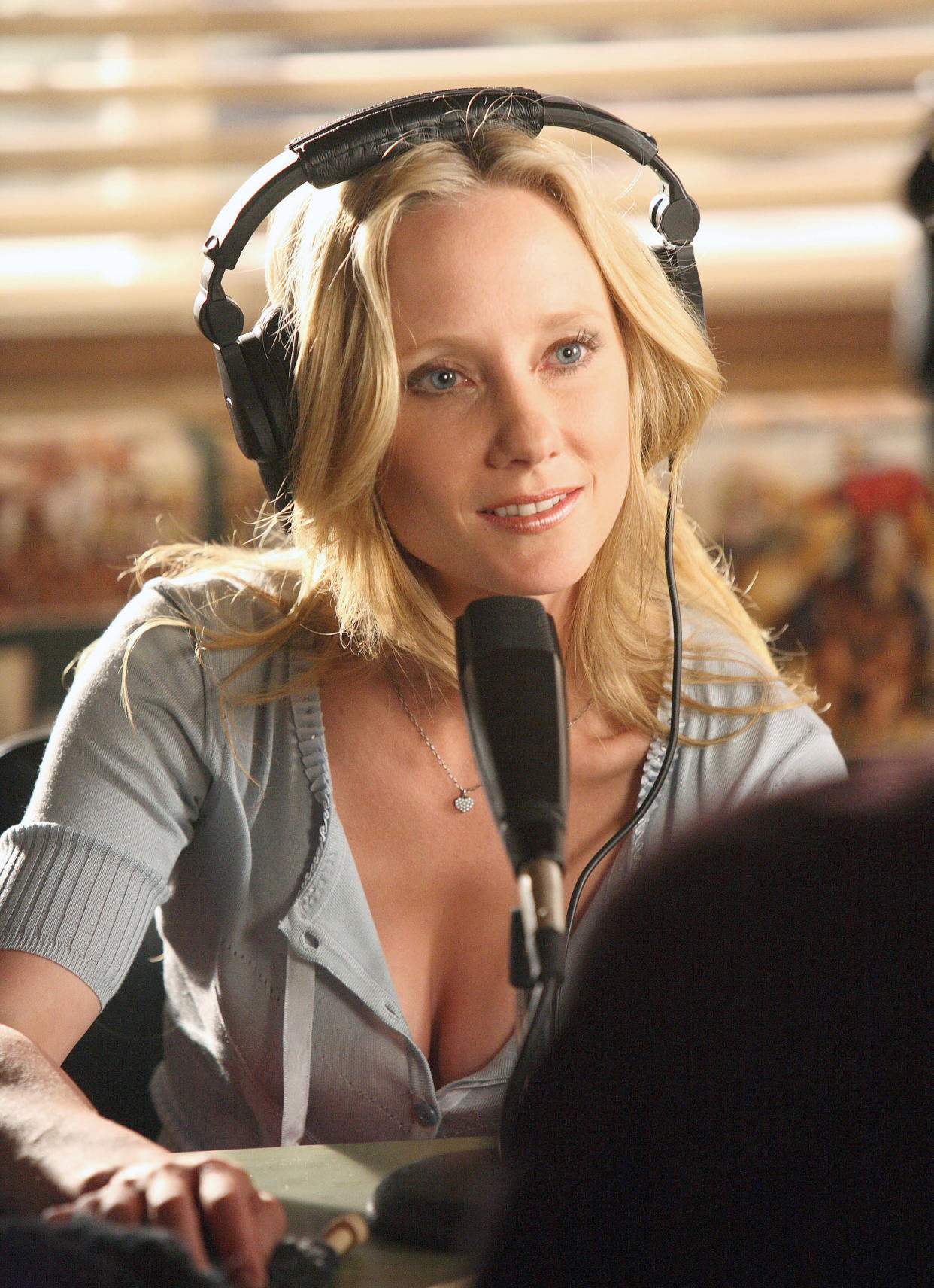 Although her acting resume was a long one, her personal life frequently took center stage. She began her romance with DeGeneres in 1997, after meeting her at the Vanity Fair Oscars party, a few months after DeGeneres came out as gay on Time magazine; Heche later explained that she had never before had a romantic relationship with a woman. She said that her career suffered after she took DeGeneres as her date to the 1997 premiere of Volcano.

After the two broke up in 2000, Heche walked into the home of a stranger in rural California, with no explanation. The homeowner was a fan who recognized Heche, and she called the sheriff’s department. Heche, who had looked “shaken and confused,” was taken to the hospital and released within hours. 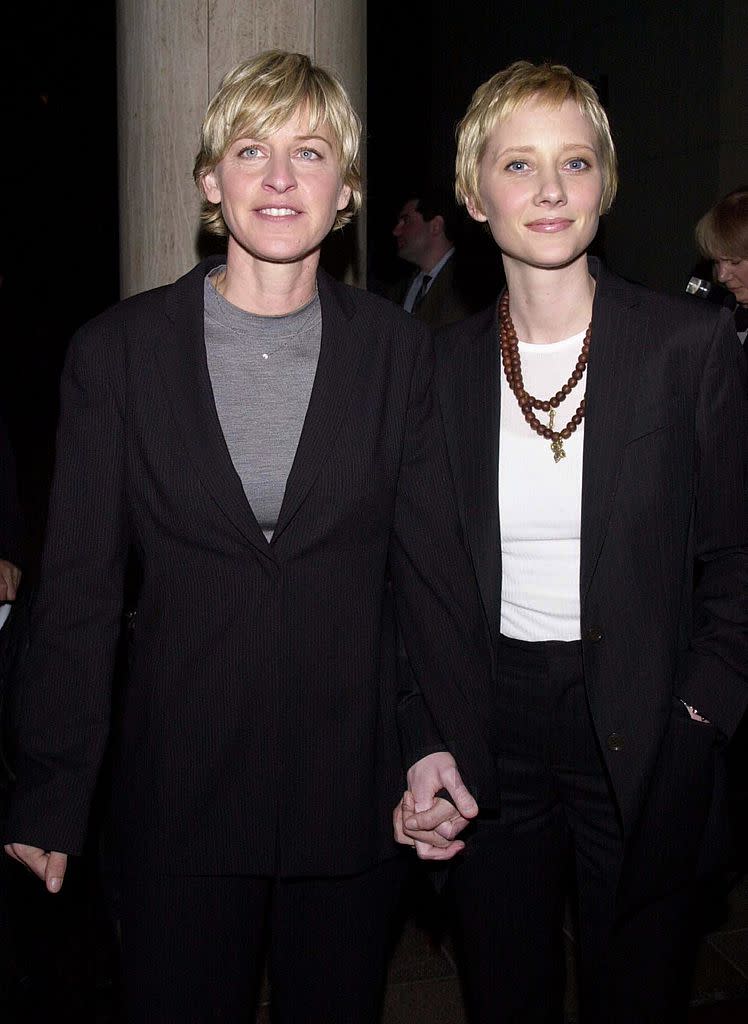 She explained in her 2001 memoir, Call Me Crazy, that, while some people thought she had gone insane, the truth was that she believed she “went through a period of my life that was insane, and it lasted 31 years.” Heche, 31 at the time, wrote that she’d suffered trauma after having been being raped by her father throughout her childhood. (Her mother and sister refuted her story.)

Heche, who was born in Ohio to a family that frequently moved, said that she worried that her father — who died when she was 13, after allegedly contracting AIDS through unprotected sex with other men outside his marriage — had given the disease to her. So she rebelled. 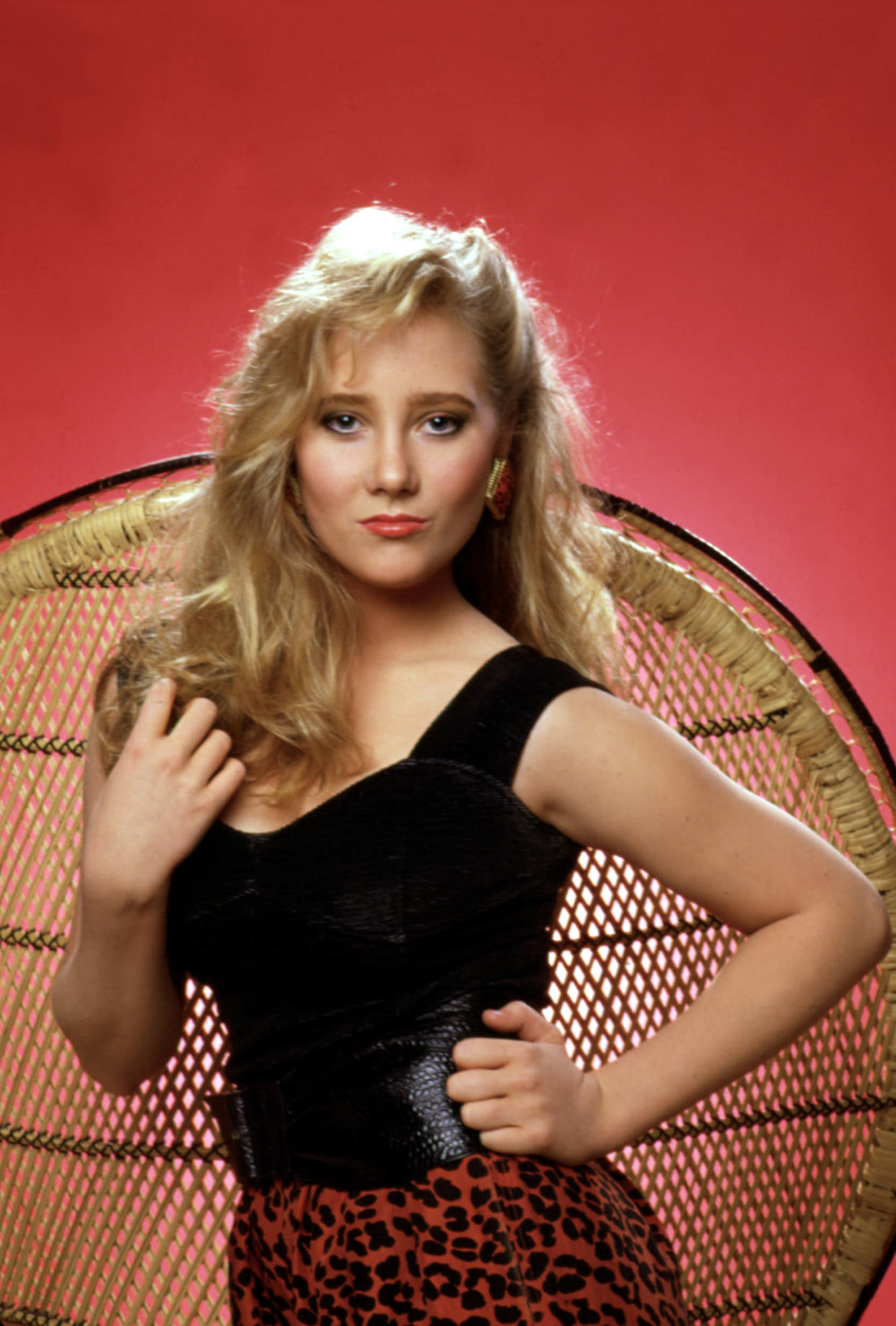 Heche told Larry King the same month that she had long felt schizophrenic, but she only talked about it over years of therapy.

Heche had recently completed work on the forthcoming Lifetime TV movie Girl in Room 13, based on a true story of human trafficking, and had been scheduled to promote the project this week at the Television Critics Association press tour in Los Angeles.

According to IMDb, Heche had a total of seven projects in the works at the time of her death, including the movie Supercell with Alec Baldwin and the TV drama The Idol, which stars the Weeknd.

In the days since her car crash, Hollywood had posted loving tributes for her, calling her “brave” and “amazingly talented.”