Man, 42, admits attempted rape of woman and her young daughter on cycle path

A stranger who launched a ‘horrific attack’ on a woman and her young daughter has admitted trying to rape them on a cycle path.

He appeared at Swansea Crown Court via video link on Monday to admit the offences, which happened on May 17.

On the day of the attack at around 4.50pm, Dyfed-Powys Police received a call from a man who had found a Williams’ distressed victims on the cycle path between Haverfordwest and Tiers Cross in Pembrokeshire.

Officers rushed to the scene, where the woman said a stranger had attempted to rape her and her daughter while threatening them if they resisted, before he fled. 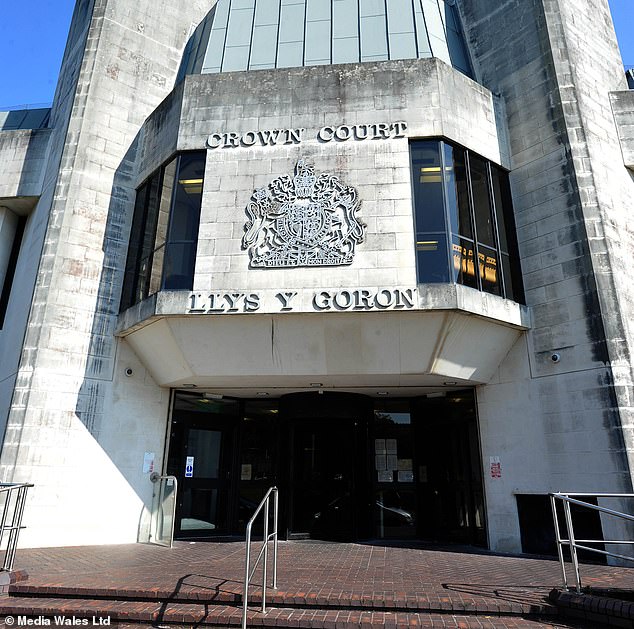 DCI Ritchie described the ‘horrific attack’ as a ‘terrifying experience’ for the mother.

He said: ‘This was a horrific attack, during which the defendant tried multiple times to rape a mother and her child.

‘For the woman in particular, it was a terrifying experience – not only going through the trauma of being assaulted herself, but to see her daughter being treated in this despicable way.

‘We commend their bravery throughout the investigation, and will continue to support both mother and daughter through the court process.’

Detective chief inspector Cameron Ritchie added that officers have established DNA links between evidence found in the area and a man matching the description given by the mother.

He said: ‘A team of detectives immediately searched the area to secure any evidence linked to the offence or a potential suspect, and later arrested a man matching the description given to officers.

‘Our enquiries established DNA links between the adult victim and the suspect, which gave us strong evidence that Williams was involved.

‘In addition to this, we discovered he had made significant statements to friends following the incident – relaying information that would only be known to the offender and the victims.

‘This was despite claiming in interview that his memory was ‘hazy’ from drinking large quantities of alcohol.

‘Based on the strength of evidence we secured, he was charged with three offences, which he has now admitted in court.’

Williams, of Haverfordwest, has been remanded in custody until sentencing on August 2.