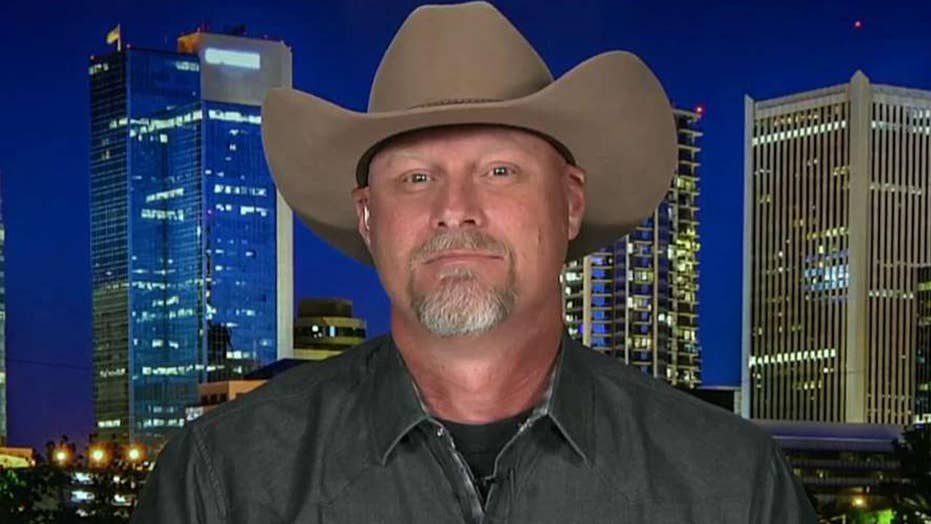 An Arizona sheriff revealed a major loophole that he said is allowing Mexican cartels to smuggle drugs and people into the United States "left and right."

Pinal County Sheriff Mark Lamb appeared on "Fox & Friends" Monday to discuss a recent article about him in the New York Post, in which he's described as "the real-life action hero taking on a Mexican drug cartel in Arizona."

Lamb, 46, detailed the difficulties he and his deputies face patrolling their county, where a Native American reservation serving as a sovereign entity extends into Mexico and has become a hotspot for smugglers.

"Some people want a better life," he said. "Some people are actually working with the cartel."

At the Tohono O’odham reservation, which overlaps on 62 miles of the U.S.-Mexico border, there is little more than a three-strand barbed wire fence as protection, Lamb said.

The Sinaloa cartel typically waits until the coast is clear, then brings groups across the border, Lamb said. His officers will typically patrol a five-mile area in between the reservation and the interstate and attempt to apprehend those crossing illegally there.

Lamb added that many crossing the border are prepared to go undetected, donning "carpet shoes" to mask footprints and camouflage clothing.

"The cartel has been pushing people through left and right," he continued, saying the activity is not slowing down as it usually does when the weather gets hotter.

"I want people to come here and have a better life," he said, adding he wants to see it done legally.