She was seen as one of the most notable figurative artists of her generation, with her work ranging from painting, pastel, and prints to sculptural installations – and she is widely credited with revolutionising the way women are represented in art.

Notable among her works are her Dog Woman pastel drawings, which portray women in a series of canine poses, and her portrait of Germaine Greer from 1995 which featured in the National Portrait Gallery in London.

She also made magical pictures based on her childhood memories and fairytales, with her works selling for hundreds of thousands of pounds and featuring in collections owned by famous names like Charles Saatchi and Madonna.

Rego was the first artist-in-residence at the National Gallery in London and a retrospective exhibition of her work was held at the Tate Britain last year. 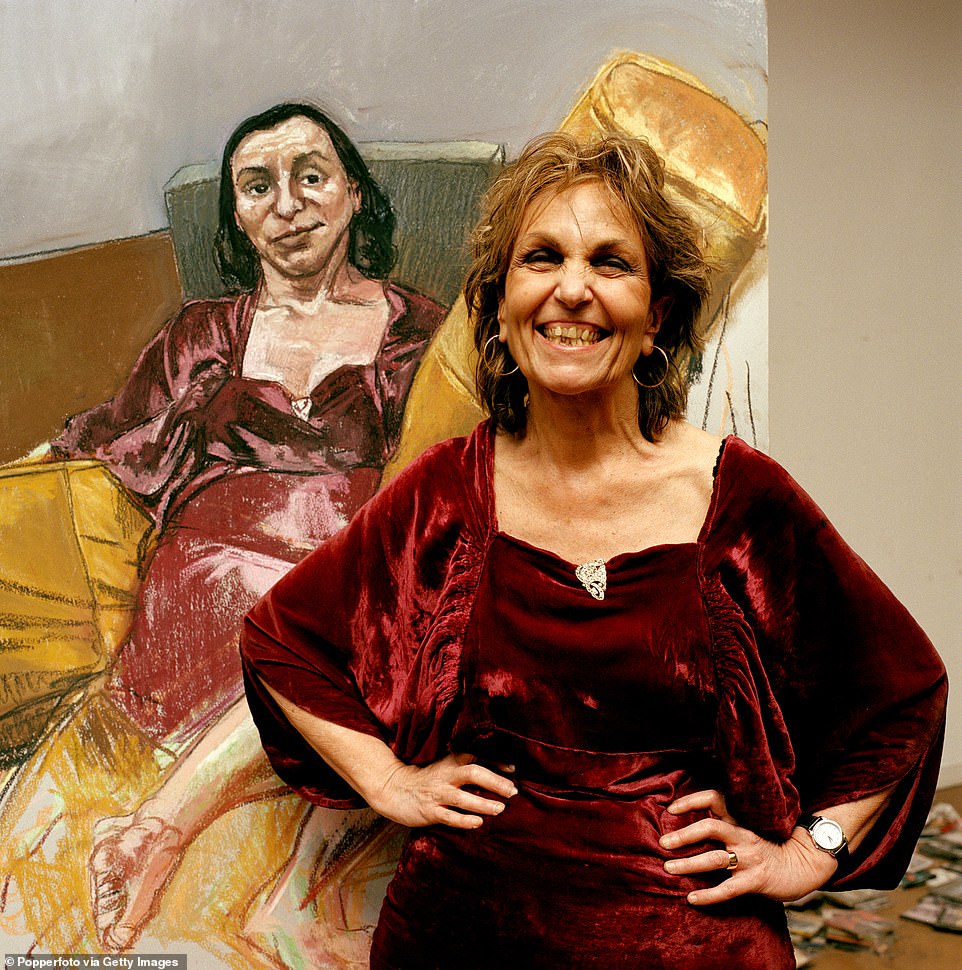 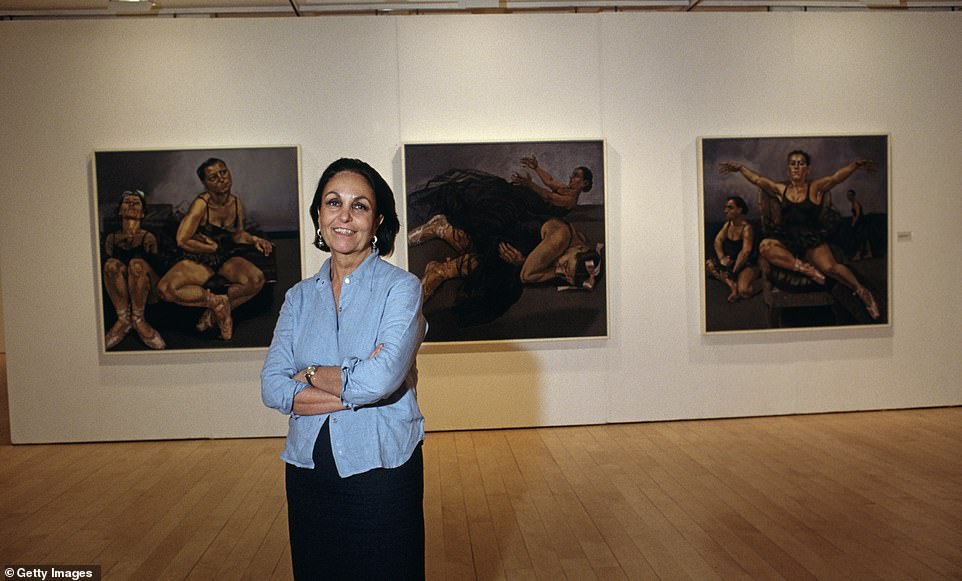 Paula Rego posing in front of her triptych painting ‘Dancing Ostriches from Disney’s ‘Fantasia” during the opening of her show at the Marlborough Gallery, New York, December 3, 1996 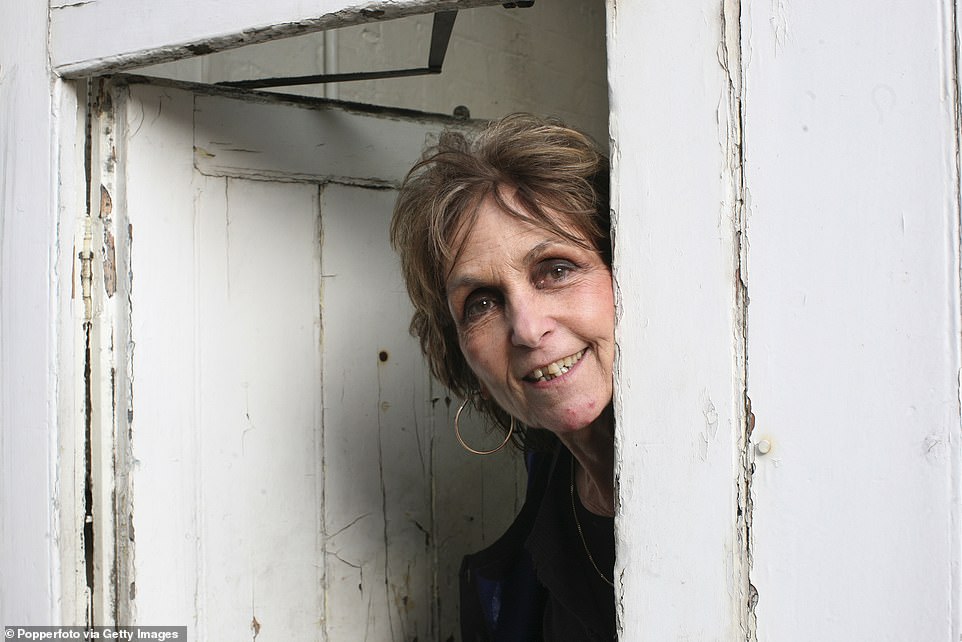 Rego was seen as one of the most notable figurative artists of her generation, with her work ranging from painting, pastel, and prints to sculptural installations 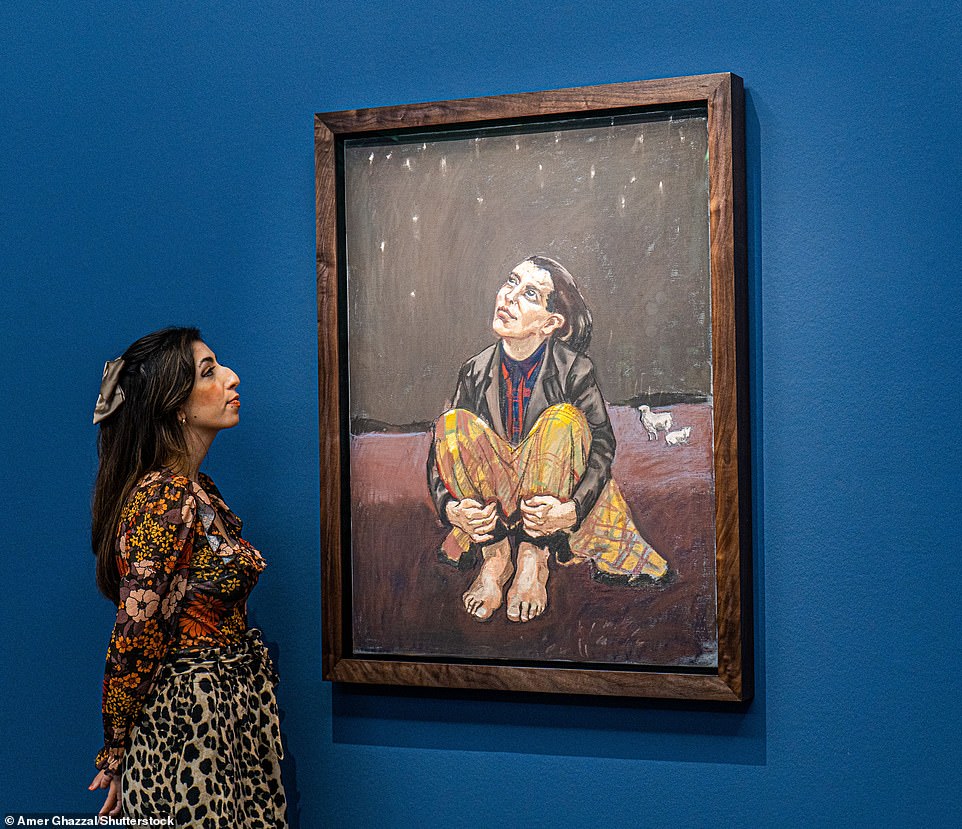 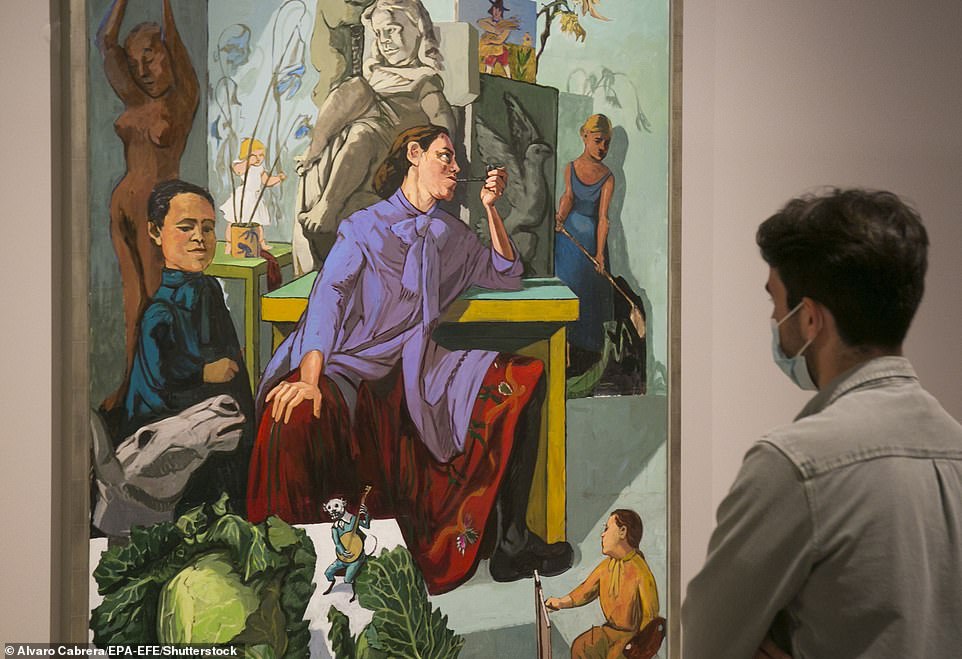 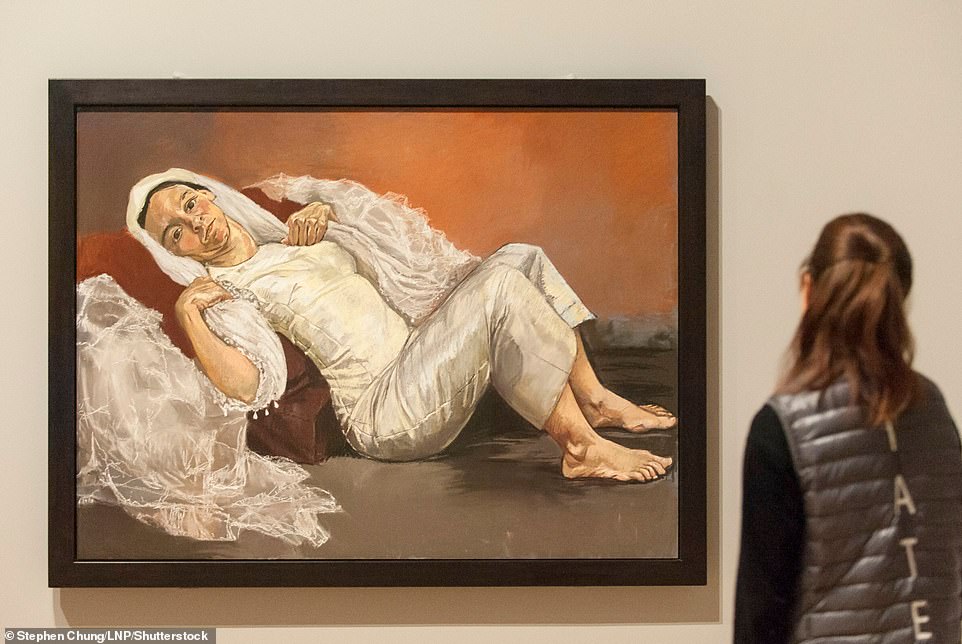 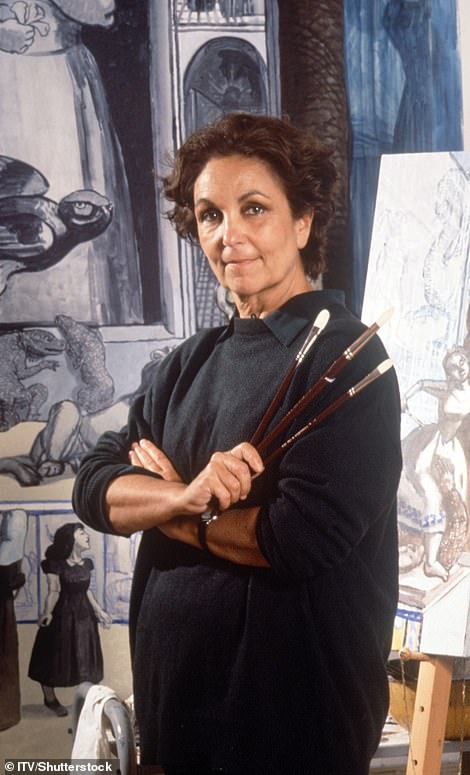 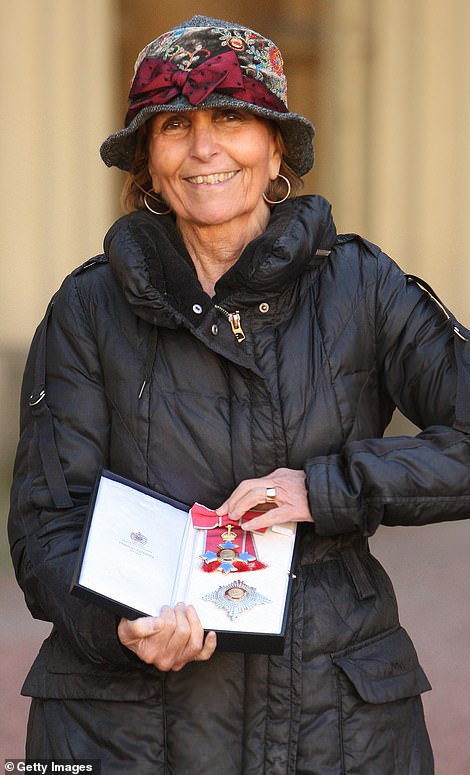 Left, Paula Rego. Right, Rego after being made a Dame Commander at Buckingham Palace on October 20, 2010

Announcing her death on Twitter, the Victoria Miro art gallery said: ‘It is with immense sadness that we announce the death of the Portuguese-born, British artist Dame Paula Rego at the age of 87. She died peacefully this morning, after a short illness, at home in North London, surrounded by her family. Our heartfelt thoughts are with them’.

Carlos Carreiras, mayor of the town of Cascais, home to a museum dedicated to her work, said: ‘Portuguese culture has lost one of its most important and irreverent creators, someone who distinguished herself as a woman, human being and artist.’

Born in 1935 in Lisbon into a prosperous family, Rego was sent to an English finishing school as a teenager in Kent by her anti-fascist father to escape Salazar’s dictatorship.

Her talent for art was quickly spotted, painting The Interrogation – a harrowing depiction of torture – when she was just 15, and she went on to study at London’s prestigious Slade School of Fine Art.

The artist first came to prominence in Portugal with semi-abstract work that dealt with violent or political subjects. 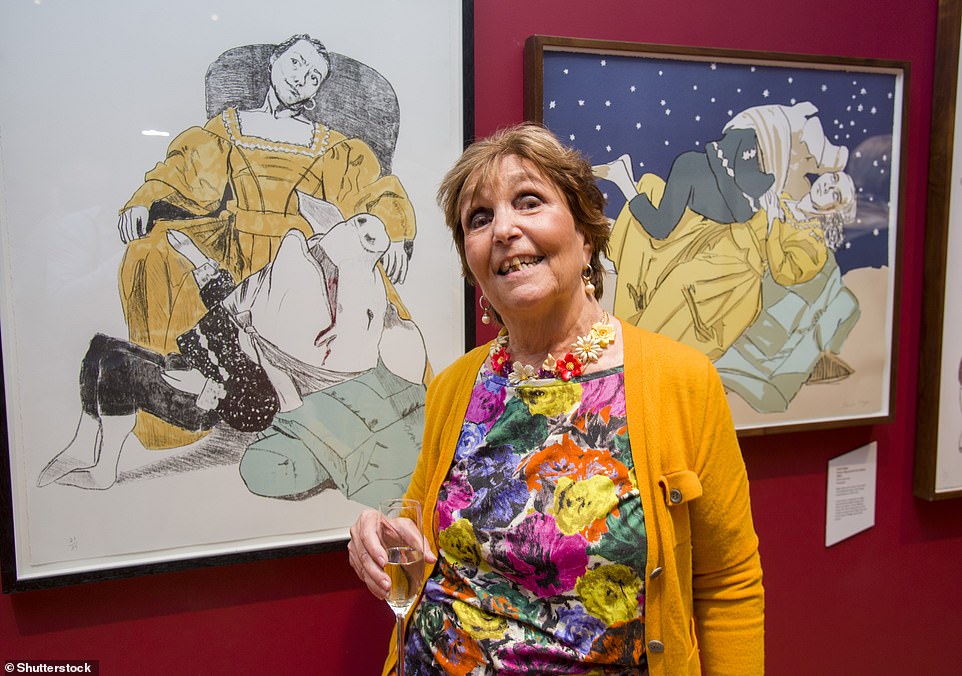 Paula Rego at the ‘Scandal,Gossip and Other Stories’ exhibition in London, on November 14, 2014 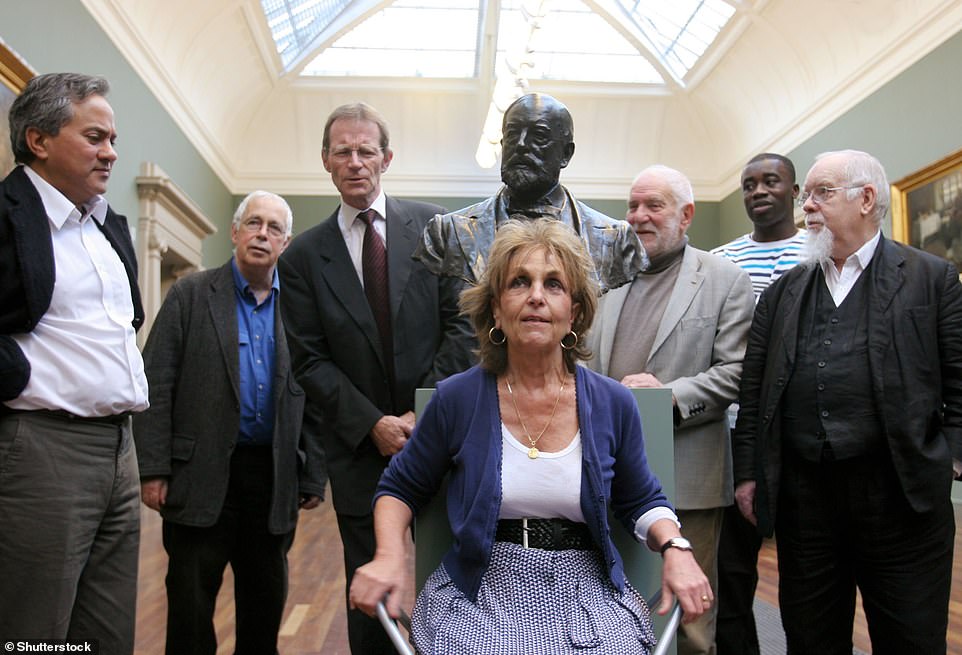 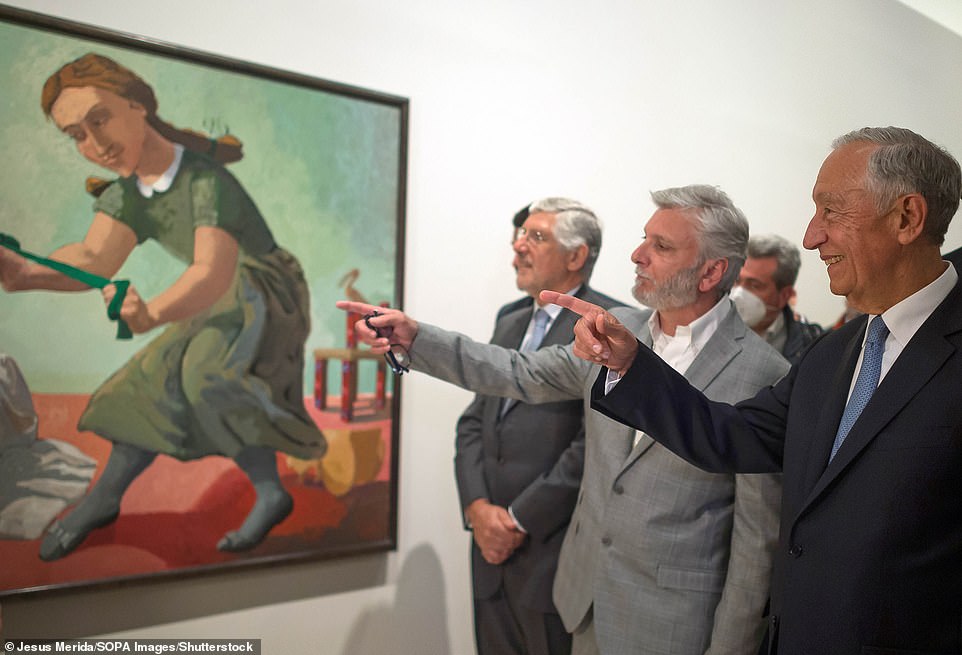 Portuguese President Marcelo Rebelo de Sousa (right) is seen pointing at an artwork with other authorities during the opening of the exhibition of Portuguese painter and illustrator Paula Rego at Picasso Museum, April 26, 2022 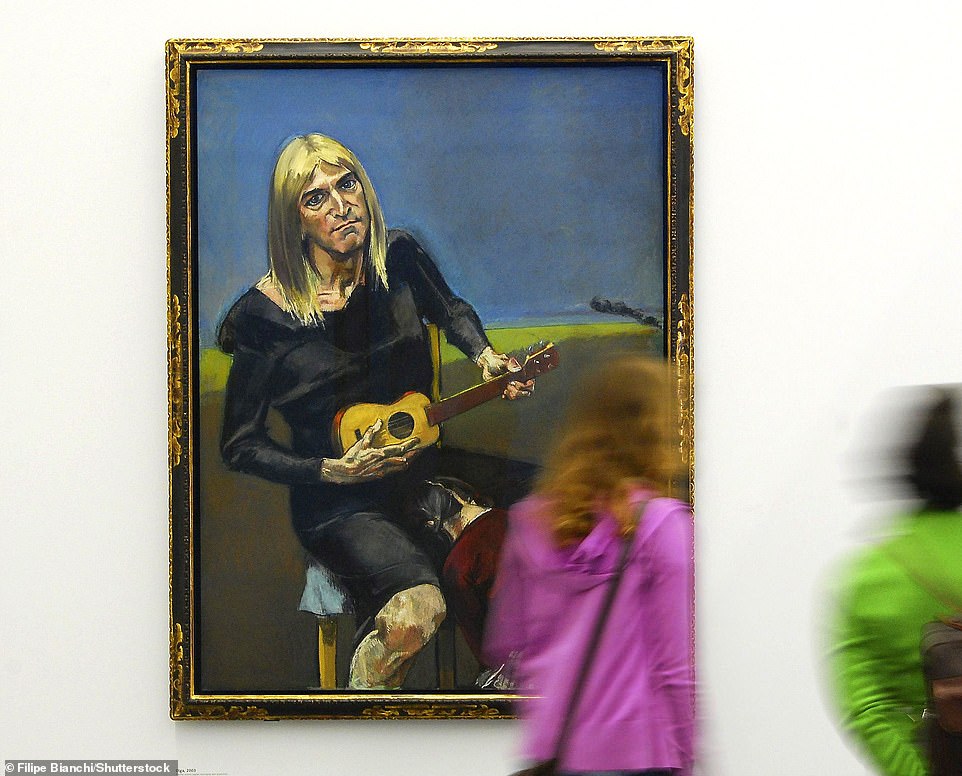 In an interview with The Guardian last year, she said: ‘I paint the women I know. I paint what I see’

Rego gained further recognition after exhibiting with the London Group in the 1960s alongside artists such as David Hockney.

Her later pieces drew on the folk stories from her homeland and popular children’s tales like Little Red Riding Hood, but she also used her own experiences, real and imagined, of her upbringing filled with neat little girls, maids and grandmothers but with a sexual or violent subtext.

In an interview with The Guardian last year, she said: ‘I paint the women I know. I paint what I see. I make women the protagonists because I am one’.

In 2017 the BBC broadcast a documentary, Paula Rego: Secrets and Stories, directed by Rego’s son Nick Willing, which provided a unique insight into the artist’s life and work.

She was made a Dame Commander by the Queen in 2010 at a ceremony held at Buckingham Palace, and won the Mapfre Foundation Drawing Prize in Madrid in the same year.

The artist has received numerous honorary doctorates including from universities of Oxford and Cambridge and from the Rhode Island School of Design in the US.