Ashley Judd is reflecting on her "very traumatic" fall in Democratic Republic of the Congo — just over one year ago — and how it changed her life.

The 53-year-old actress and humanitarian, who nearly lost her leg in Feb. 2021, spoke about her recovery on the Sex, Body and Soul With Kate Roberts podcast. 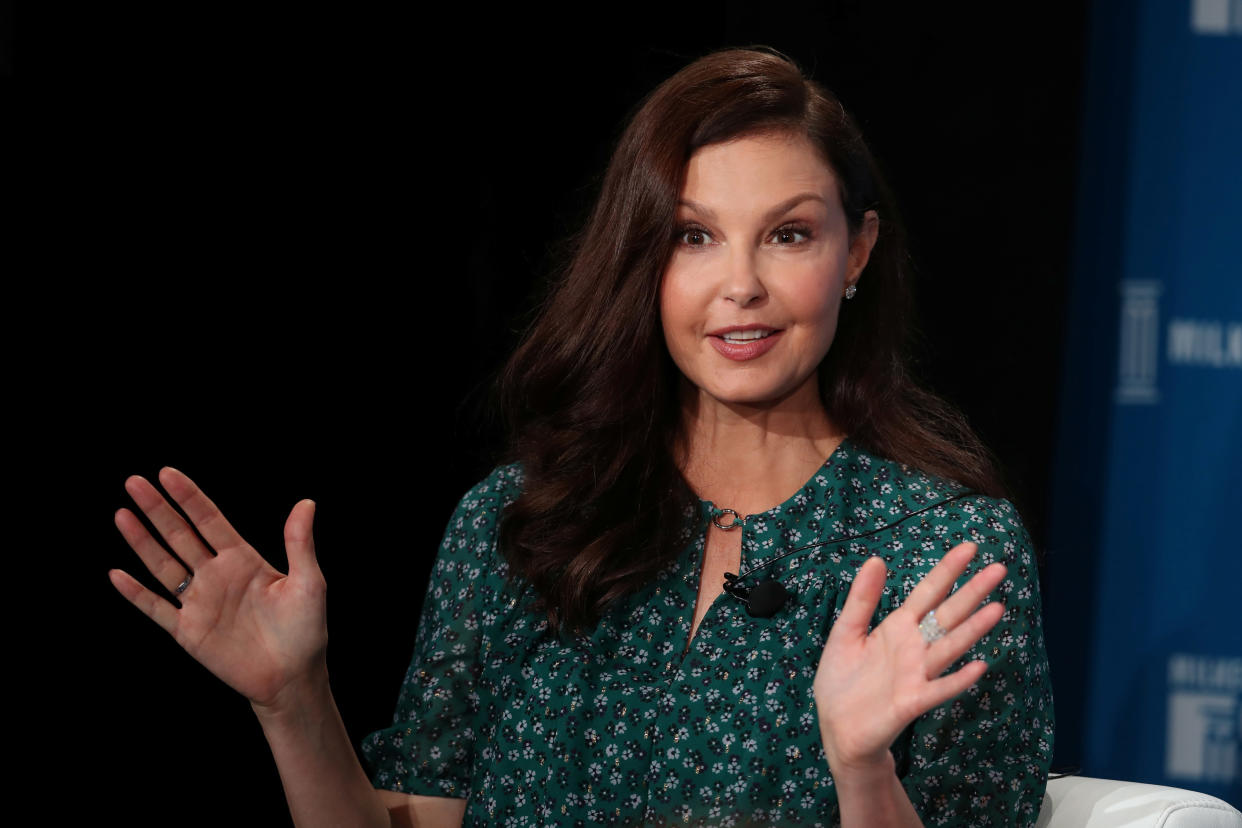 "It was very traumatic," said the Double Jeopardy actress, who had to learn to walk again after suffering nerve damage and undergoing an eight-hour surgery to save her limb.

She explained that twice a year — for six weeks in January and a month in June — she travels to Congo to study bonobos in the rainforest. Her partner, Martin Surbeck, heads the Kokolopori Bonobo Research Project.

"I get up at about 3:30, 3:45 [a.m.] and start walking to where the bonobos made their nests in the tree tops the night before," she explained of her morning routine there. "We walk in the dark and I use a headlamp. My head torch was dim that day … even though I had put batteries in the night before. I just had a long, powerful stride going because I was trying to catch up with the person in front of me to borrow light from their lamp. I was looking ahead, not at my feet… I think my toe got stuck in a root and then I tripped over a fallen tree. I knew my leg was breaking as I was falling."

Her leg was broken in four places and she suffered deep nerve damage to the peroneal nerve. It took 55 hours before she received any medial treatment. The research camp is 2.5 miles from the closest town — and she was deep in the rainforest, away from camp, when she fell.

Judd said the day before she hurt herself, she finished reading the book Breathing Under Water: Spirituality and the Twelve Steps by Richard Rohr which has a chapter about suffering — and why God allows suffering. She said during her ordeal, she "chose to believe that there was something suffering with me while I was like an animal. I just let my body be totally wild and animalistic."

Judd initially spent five hours on the forest ground while someone went to the camp to get help — without so much as an ibuprofen. She was then carried out on a makeshift stretcher, which took three hours. From there, she was on motorbike for five hours while holding her leg together. She also slept on the floor of a hut and flew on a bush plane, ultimately getting to a hospital in South Africa.

"I really don't know how the mind and the body and the soul come together to endure the unendurable," she said. "I bit a stick, I screamed, I howled, I convulsed. I never did pass out, I wished that I could."

Judd said Surbeck wasn't with her during her fall. He wasn't tracking that day, so he was still asleep at the camp. It took him over two hours to get to where she fell, then he stayed by her side. She said Surbeck, a Harvard professor, was "traumatized too" by her ordeal.

When Judd arrived at the hospital in South Africa, "My leg didn't have a pulse and I was hemorrhaging," she said. "If I had been medevaced to Europe" on a longer flight "I would have bled to death." Nine days later, she was medevaced home to Tennessee where she had an eight-hour surgery. She had to relearn to walk.

She returned to Congo in January — nearly one year after her near-fatal accident.

While speaking about how the accident changed her, Judd said all the work she's done on herself over the years — through therapy, learning meditation and other work she's done to heal from childhood trauma and sexual abuse — helped her in that moment.

"As animalistic as I was, my mind was pretty skilled and I think it showed me that all the work I've done and the development of my meditation practice and how hard I've tried to heal, that really was with me throughout those 55 hours," she said. "That doesn't make me good, right and perfect. I'm not trying to toot my own horn. But there was a certain grace that stayed with me. I knew that I couldn't have expectations about when I might get help or if there was a painkiller. I just had no expectations. I knew that I could only do it one breath at a time. I was able to say 'please' and 'thank you' and 'may I have a drink of water?'"

She added, "I didn't make it anybody else's fault. And I didn't take it out on the people around me."

Judd said the people who helped her along the way, whom she has thanked several times, could offer only their presence, compassion and empathy, "And that had to be enough."

She said she also remembered a talk from dharma teacher Tara Brach, who said: When you get to your edge, soften.

"I was at my edge, you know. Then I would get to the edge of my edge and I would try to soften and try to find more spaces inside me," she said. "So all the work I put in, it coalesced in those 55 hours."

Judd also spoke about having the means to get help, knowing the average Congolese person in that situation wouldn't have been able to.

"I was carried through the rain forest for three hours on a makeshift stretcher, but then I had the $30 to pay for the motorbike transportation for the five hours where I sat holding my leg together with my bare hands," she said. "If I hadn't had that $30, I would have stayed there and…"

However, despite all the work she's done on herself, Judd also admitted she's been hard on herself because she still internalizes misogyny and patriarchal attitudes.

"With the accident that had, I gained 20 pounds and I find myself being intimated to go out in public because I'm afraid of the public critique," admitted Judd, an activist who has traveled the world promoting empowerment and equality. "That's just nothing but projecting onto society what they're going to reflect back to me…"

Judd — who authored All That Is Bitter & Sweet: A Memoir in 2011 — also revealed during the interview that she's writing a second book. It will include the accident, her work in Congo with the bonobos, being among the first women to go on record about being sexually harassed by Harvey Weinstein as well as her 2013 divorce from former race car driver Dario Franchitti.

She also spoke about Weinstein and the Franchitti split on the podcast. On the topic of the latter, she revealed that she's the godmother of Franchitti's elder child with his second wife, Eleanor Robb, and spoke about how she's grown close with Robb despite the societal norm that a first wife and second wife shouldn't get along.