BBC offers staff a game to test how privileged they are

BBC offers staff a game to test how privileged they are – as Tory MP says: ‘Most will view this as nonsense – or worse’

BBC staff have been offered to play a game that tests how privileged they are as part of the corporation’s diversity training.

The resource, called ‘The Ally Track’, starts with an online game in which then ‘players’ line up on a race track and are asked 20 questions.

Whoever reaches the finish line first in the game is the person who enjoys most ‘advantages’ in live, based on the questions answered over the course of the game. 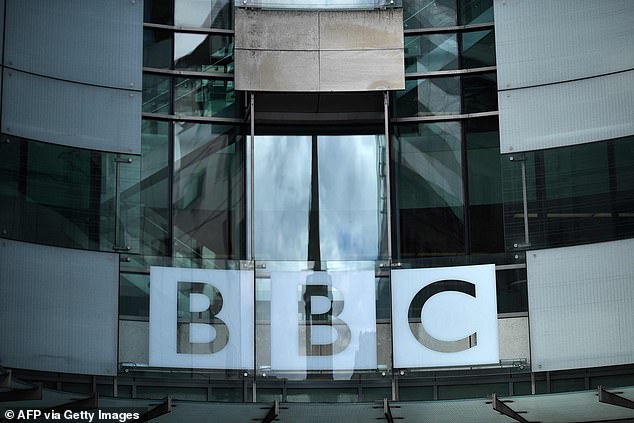 BBC staff have been offered to take an ‘allyship’ test with the intention of showing different obstacles people face at work on account of their different levels of privilege, as part of diversity training. Pictured: BBC logo at the cooperation’s London headquarters

When the test has been completed on the BBC’s Creative Allies website, staff are told ‘your place in life can be defined by the advantages or disadvantages you’re born with in comparison to others’.

‘At work, you can be an ally to shine a light on inequalities and try to reduce the gap to help others get on a more equal footing in the race,’ it adds.

‘Someone’s race, gender, sexual orientation, religion, ability or social class can have an impact on their advantages or disadvantages in life.’

It also lists a series of statistics, such as ‘1 in 13 people at management levels in the private and public sector are from a Black, Asian and Minority Ethnic background,’ and ‘60%: the proportion of low-paid employees who were women in 2018.’

The initiative has faced backlash from some political figures, with a government insider telling The Daily Telegraph that they thought it was out of touch.

A BBC source told the newspaper: ‘Clearly this is well intentioned, but we always keep anything like this under review.’

The resource has been promoted to BBC staff – as well as the public and other organisations – by the corporation’s $267,000-a-year director of creative diversity June Sarpong following the Black Lives Matter movement’s protests last year. 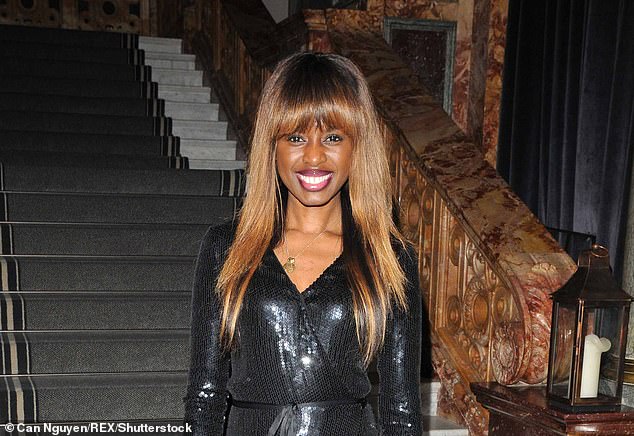 The resource has been promoted to BBC staff – as well as the public and other organisations – by the corporation’s $267,000-a-year director of creative diversity June Sarpong (pictured)

In an introduction to the tool, she wrote: ‘The industry has come to a standstill at a time when the world needs its creativity most.

‘The BBC is convening the creative industry to work together through this crisis – both in terms of how we weather the storm but more importantly on how we build back better to ensure diversity and inclusion is baked into the ‘new normal’ once the crisis has passed.’

The tool also describes seven types of allies that staff can be in the workplace, who act against forms of discrimination.

One – the ‘upstander’ –  is someone who ‘shuts down, reports and pushes back on offensive jokes and inappropriate comments, even if no one’s hurt by them’.

Another is called the ‘confidant’, and is described as someone who ‘gives your colleague a safe space to share their experiences’ and ”not to jump in with your own narrative’.

A third is a ‘champion’, who ‘voluntarily defers to colleagues from underrepresented groups in meetings, events and conferences’. 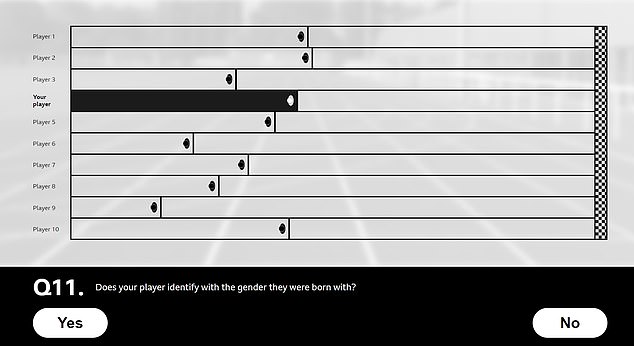 Pictured: A grab from the BBC’s ‘The Ally Track’ resource, in which the player is asked a series of questions to determine how privileged they are

The training was drawn up by the BBC Academy at the end of November, according to The Daily Telegraph. It explains that ‘Allyship’ is the on-going process of creating a more inclusive working environment.

‘It’s about people who have been fortunate in life committing to learn and understand the position of those who have had fewer advantages,’ it says. The website invites other organisations and the general public to use the tool as well.

However, the tool has sparked a backlash among some camps, with the Telegraph quoting a Whitehall source as saying that it shows that the BBC is detached from the view of the British public.

Sir John Haynes, a former minister and chair of the Common Sense Group of Tory MP’s told the newspaper: ‘Most will regard this as either nonsense or worse.

‘Unless the BBC wakes up and smells the coffee and realises its distorted view of privilege is not shared by their viewers and listeners, then its status in the eyes of the public will continue to plummet.’

The BBC defended the tool, telling The Telegraph it was created in-house at a cost of ‘next to nothing’, adding that it ‘simply highlights the obstacles people can face becuase of their background.’

It added that it has now been used across a number of different industries.