A COUPLE who've been forced to live in their car have a caravan to sleep in, but must crawl through a window as the door doesn't work.

Parents Judd Day, 33, and Jade Wass, 26, wash in Morrisons supermarket sinks or the sea while living in their Ford Focus in Redcar, near Middlesbrough. 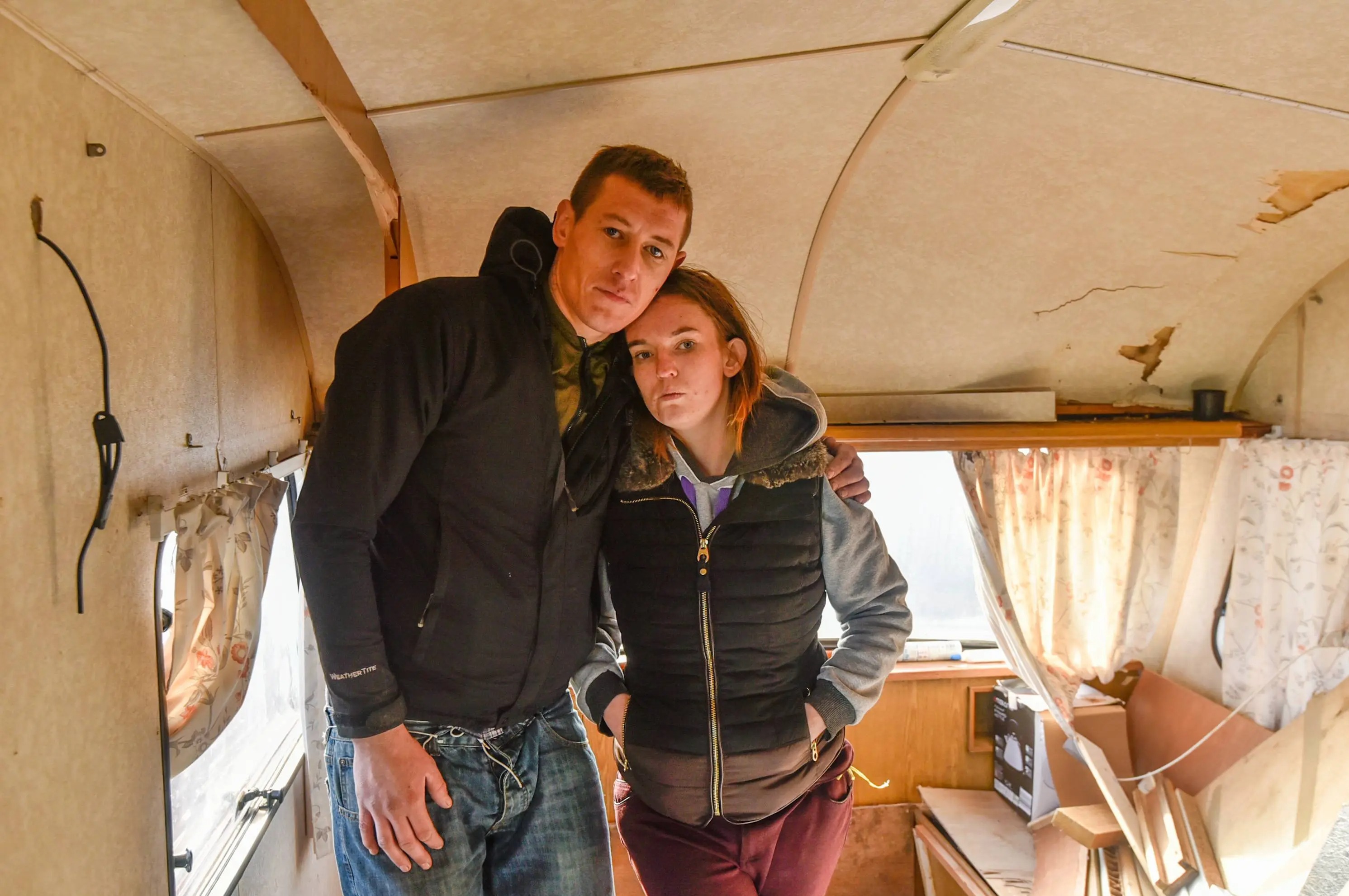 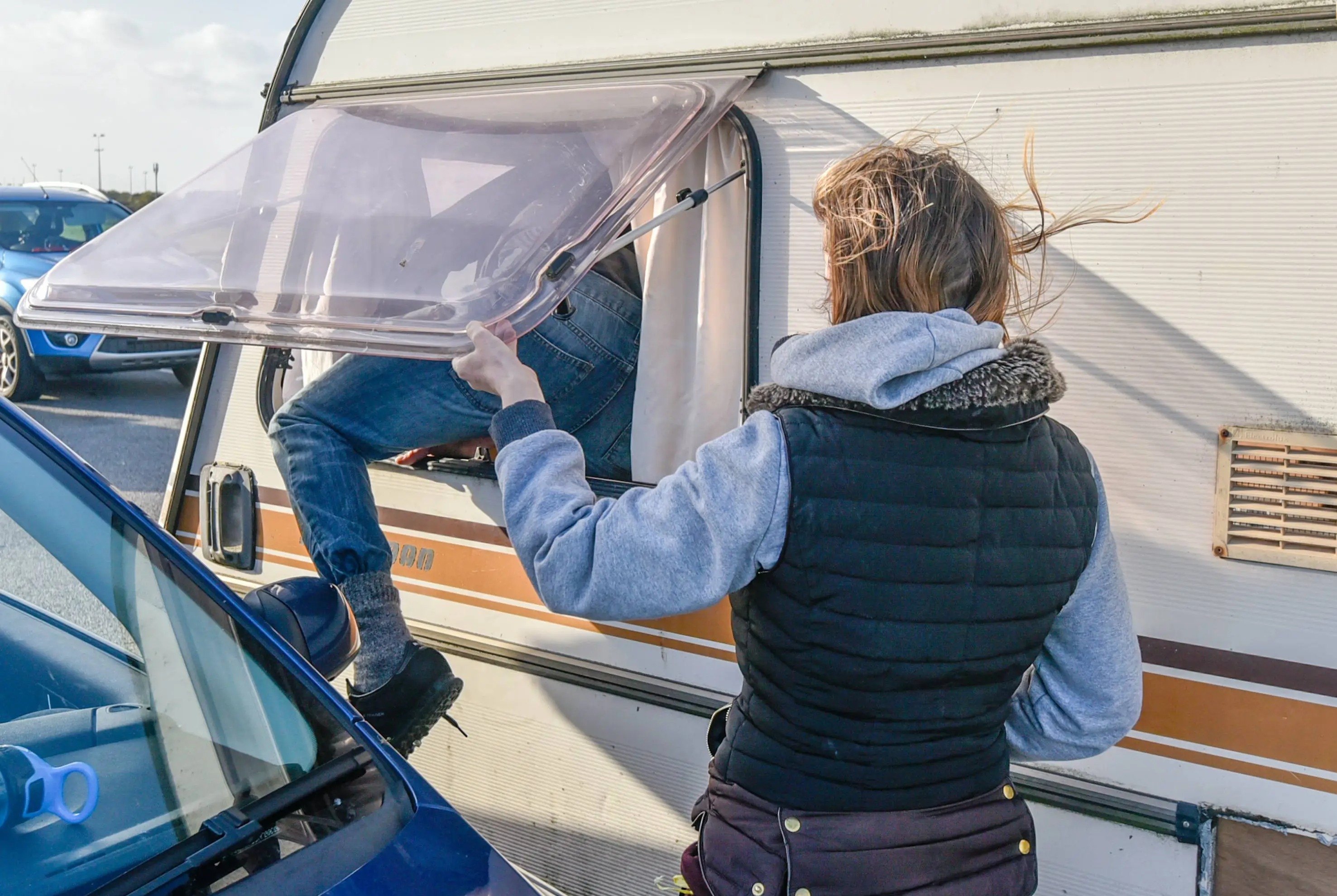 The couple moved to Birmingham to be closer to Judd's family – but after issues with their flat they moved back to the North East in September.

They thought they'd be rehoused, but complications with Middlesbrough Council have left them stuck.

The homeless couple, who are living off Greggs sandwiches, want to sleep in a caravan they were given by someone who contacted them.

But they have to climb through a tiny window to get in as the doors only open from inside.

Judd told The Sun: "We saw the caravan available and I asked my partner, ''What do you want to do?'

"I said I can't keep sleeping in the car, so basically I want to make the
caravan into a little bedroom.

"We want to be able to sleep in the caravan at night and be in the car
during the day.

"But to be honest we don't want to be here at all, we want to be in
a house."

Judd said their benefits only last two and a half weeks before then have "to ask strangers to see if they have any spare change."

The couple's two children – aged three and six – are staying with relatives so they only see them every fortnight.

Judd added: "We're so cramped in the car, if we were in a house I would at least be able to be smart and get clean."

We want to be able to sleep in the caravan at night and be in the car during the day, but to be honest we don't want to be here at all, we want to be in
a house

Jade said: "I think we will be here for Christmas most likely, but we don't want to be.

"We've even begged the council to put us in an emergency accommodation which they did for two nights before making us leave.

"It's embarrassing seeing people coming past and looking and laughing at us.

"They should put themselves in our position and see how they feel."

Jade said it's "horrible" not seeing her kids – and has made their dire situation "even worse".

She said: "I see them about once a fortnight and it's absolutely killing me.

"Judd is on limited capability work part where he can't work because of his mental health issues and difficulties.

"I can't work either because I have bad back problems after a serious car accident so medically I can't."

I think we will be here for Christmas most likely, but we don't want to be

Judd said they have to spend up to £20 a day on petrol in order to buy food andhave the engine on at night.

They rely on takeaways, sandwiches and coffees from Greggs and local bakers.

He said: "We have two meals a day at the most but we have to go out to buy it."

"Instead of putting gas and electric on in a house we are putting petrol in to get around places.

"I've had Covid symptoms for a few days but we have nowhere to properly isolate."

He urged authorities to "give us a house" and said if "we had our dole money we would be able to go get proper shopping in."

Police have knocked on the couple's windows telling them to move their car on but local residents have been more supportive, they said. 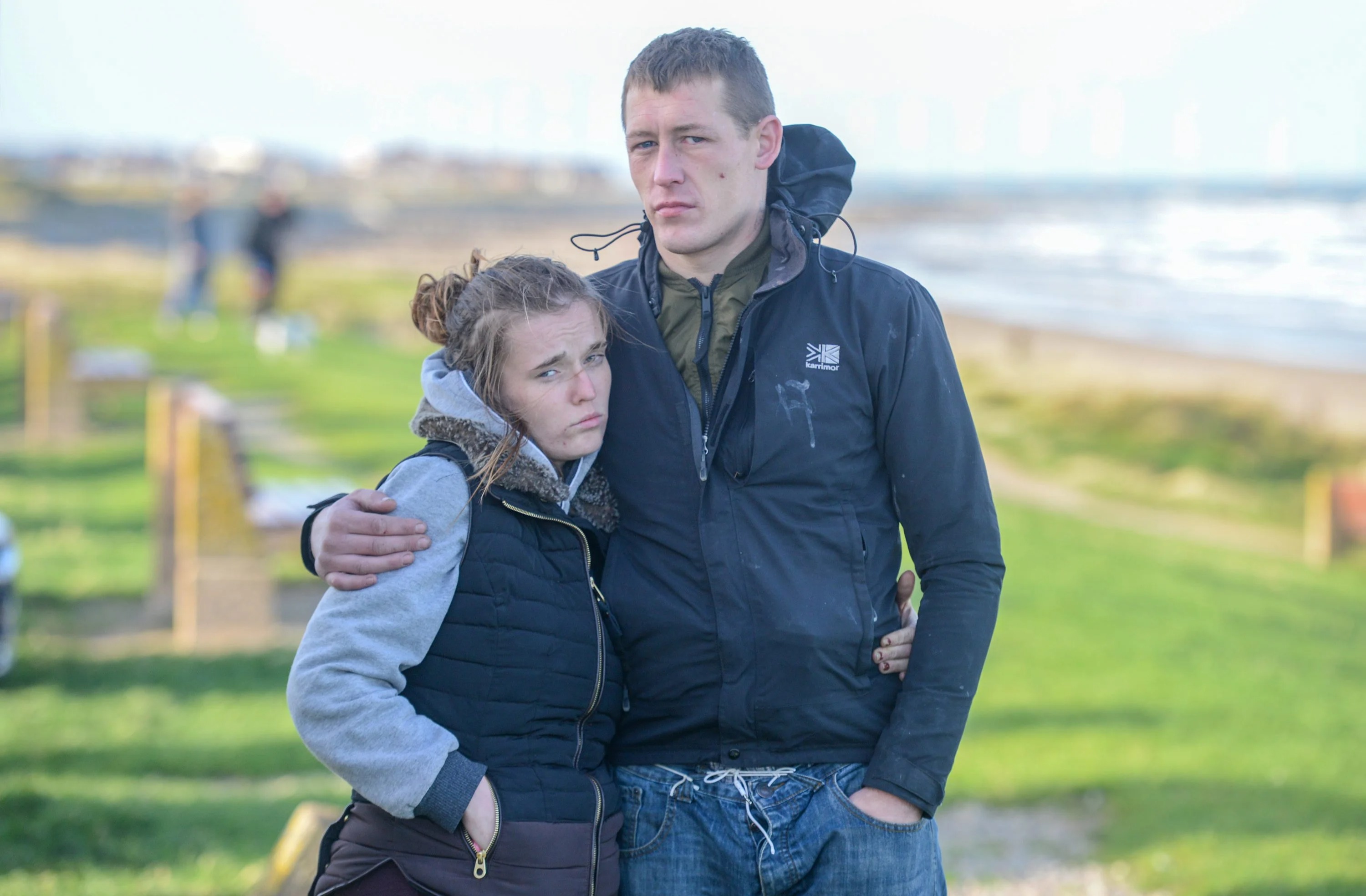 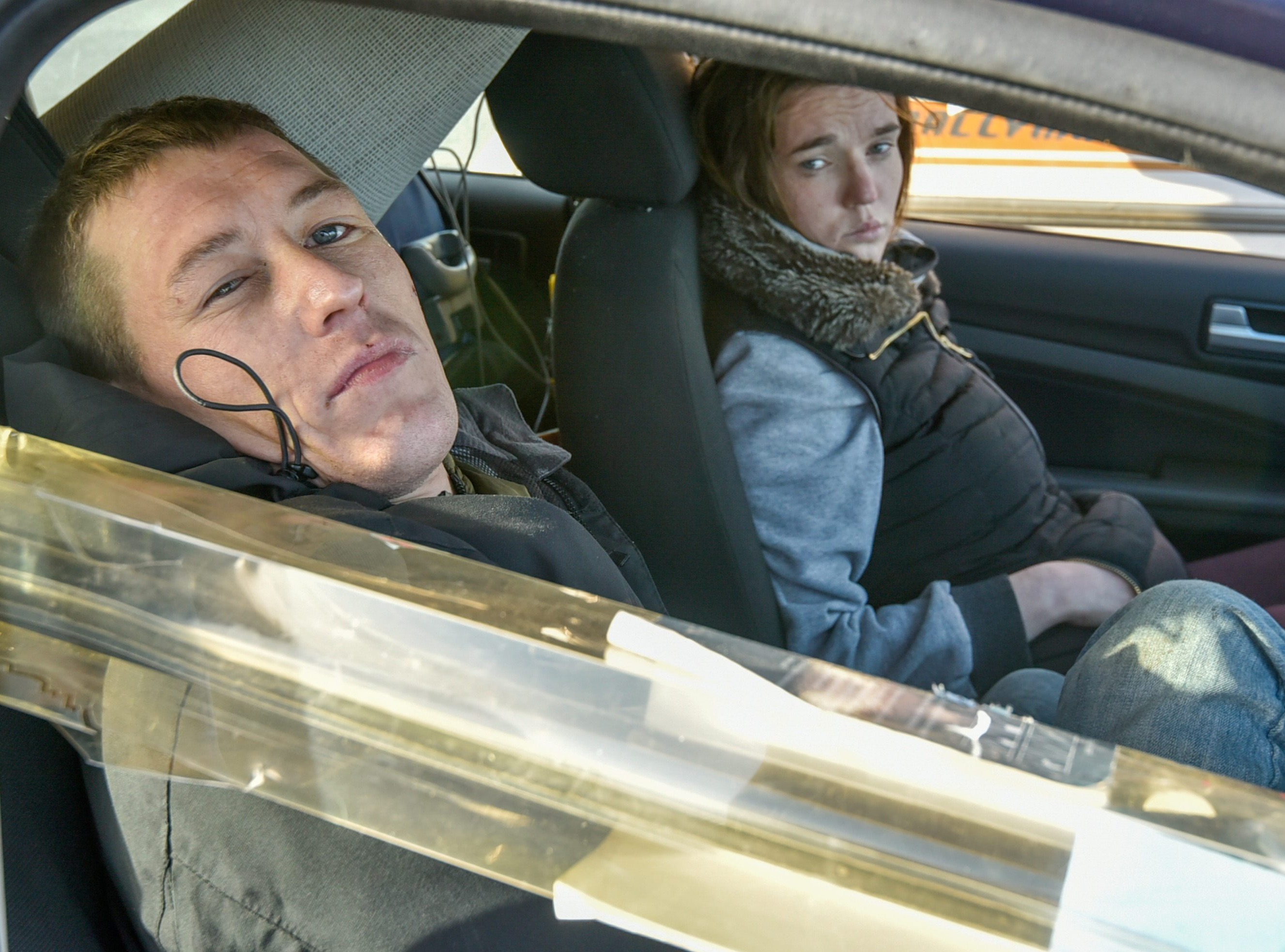 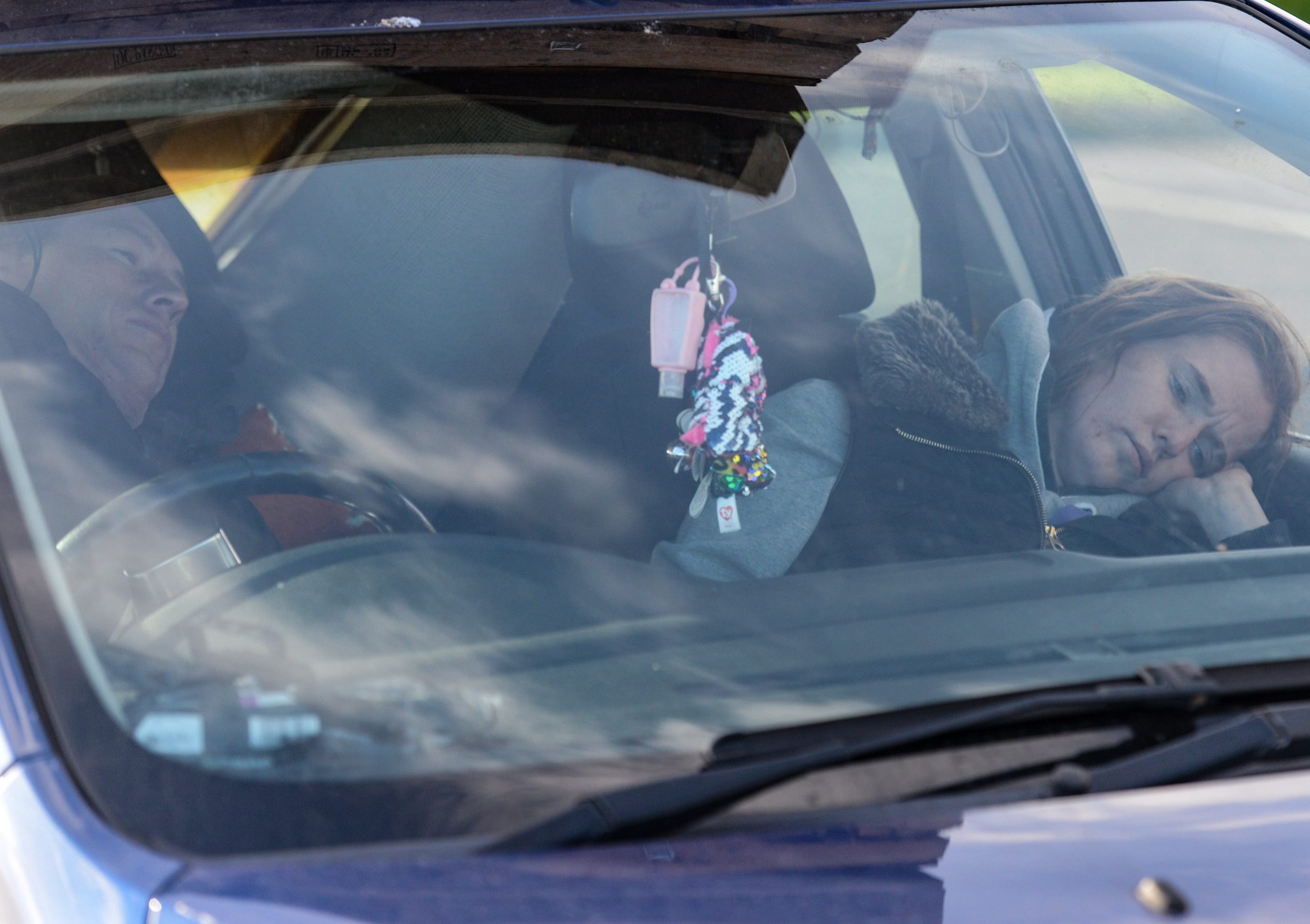 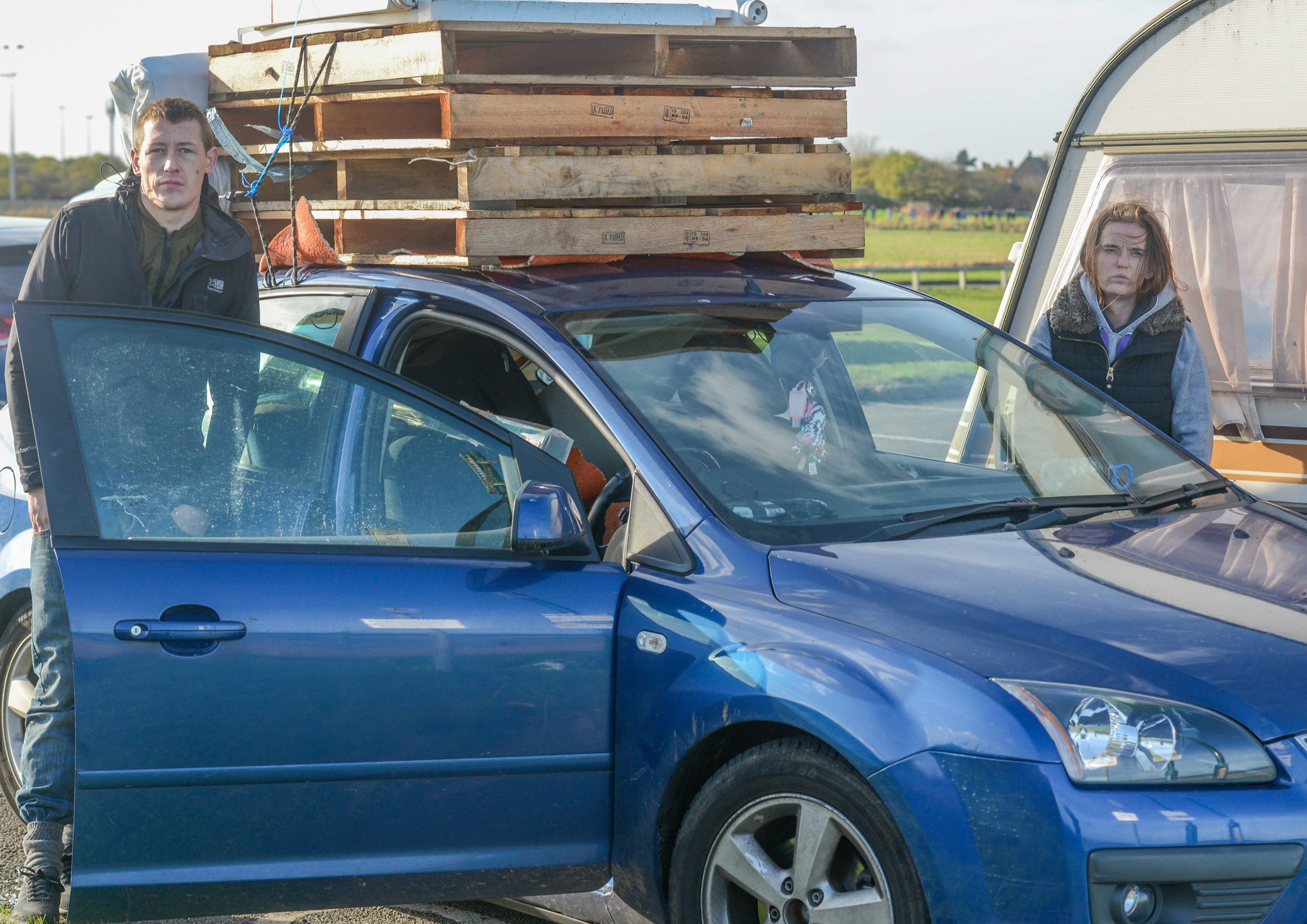