Benidorm tourist favourite Sticky Vicky, 72, who was famous for her X-rated stage routines is recovering in hospital after injuring her legs in a fall

Benidorm legend ‘Sticky Vicky’ has been rushed to hospital after suffering a horror fall.

The retired dancer – real name Victoria Aragues Gadea – says smashed her knees while getting into a car.

The 79-year-old grandmother is known for her X-rated magic shows in the Spanish resort popular with British holidaymakers.

She spent five days in hospital, where she had staples inserted into her knees, before she was discharged.

But one leg became infected so she had to go back for treatment.

Vicky said: ‘Hello everyone. First of all, to know that I’m fine, last week I had an accident before I got into the car and I fell to the ground. 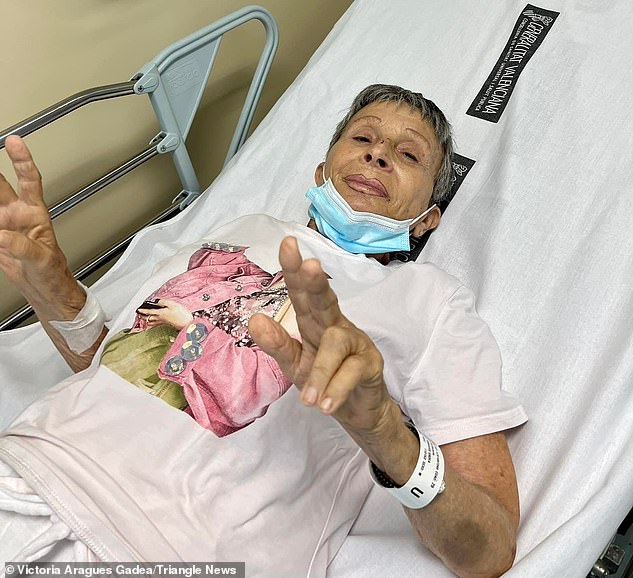 The retired dancer – real name Victoria Aragues Gadea – says smashed her knees while getting into a car. Pictured: Sticky Vicky in hospital after her fall

‘I spent five days in the hospital. After being discharged and returning home, we are here again today, since it hurts a lot and you have to see if I have an infection.

‘I hope not and we can go home today. We will report the evolution. Take care.’

Get well messages flooded in from fans around the world. Claire Tucker said: ‘Nasty injury Please take care and get well soon.’

Denise Gunshorn added: ‘Oh my God, that was some fall. I hope you get better soon.’

Dina Toll said: ‘Get well soon and have a speedy recovery.’

It is estimated six million people have seen her show since she started it in the mid-1970s.

And she once marked the third series of ITV’s comedy show Benidorm starring Johnny Vegas by officially opening Mel’s Mobility Shop before it caught fire.

Vicky finally retired in 2016 aged 72 and her daughter Maria Gadea Aragues has since taken over. 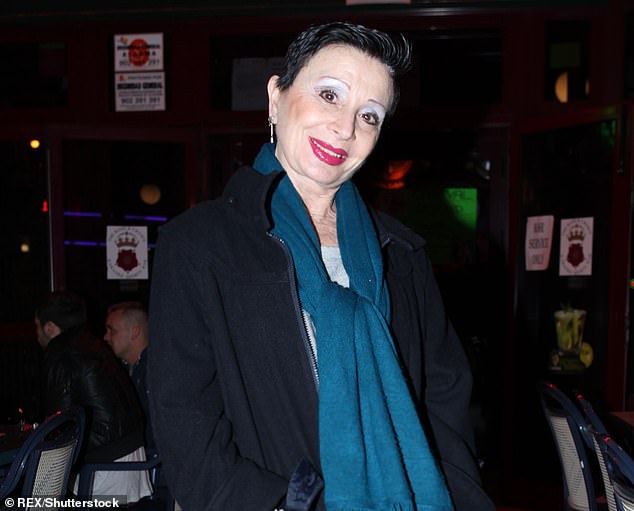 The mother-of-two, who also has two grandchildren, confirmed her retirement for adult magic on her Facebook page in 2016.

‘Just to let everyone know that the Legend Sticky Vicky Leyton and her real daughter Demaria Leyton have both retired from sexy magic shows.

‘Vicky has retired to spend more time with her family and her daughter has other projects that have nothing to do with her shows.’

Her daughter who performed with her, Demaria, also decided to focus on other projects after initially planning to carry on with the adult shows.

She was once described by a guide to Benidorm as such a ‘must-see’ that leaving without experiencing her show would be like buying fish without chips or turning on the TV to see Ant without Dec.