This is the bizarre moment a street fight between two revellers ends in one of them launching a dead pigeon at his opponent.

A video shows two men squaring each up to each other outside a McDonald’s restaurant in Liverpool city centre on Thursday evening.

The pair, who appear to have been drinking, antogonise each other, with one saying ‘come on then’, and the other responding: ‘You’re a waste of my time’.

A brawl breaks out with one of the men, dressed in Adidas tracksuit bottoms and a khaki T-shirt, repeatedly striking his rival.

Eventually he walks away – but picks up a dead pigeon off the street to throw at his opponent before the clip ends.

The song ‘Mambo Number Five’ can be heard playing from a nearby club in the background as the bird narrowly misses the other man’s head. 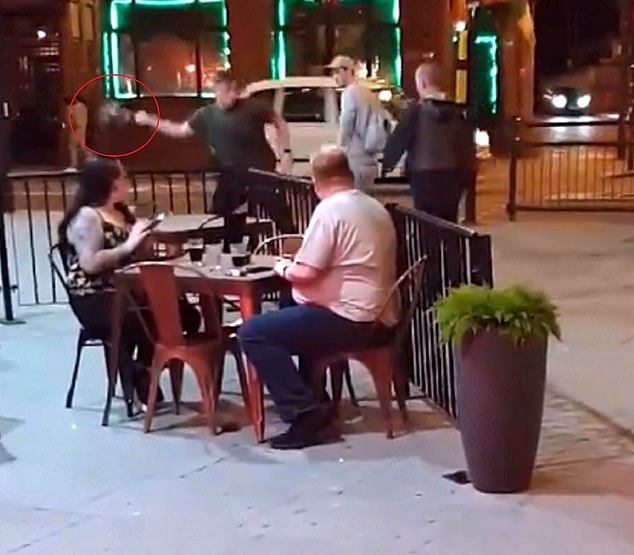 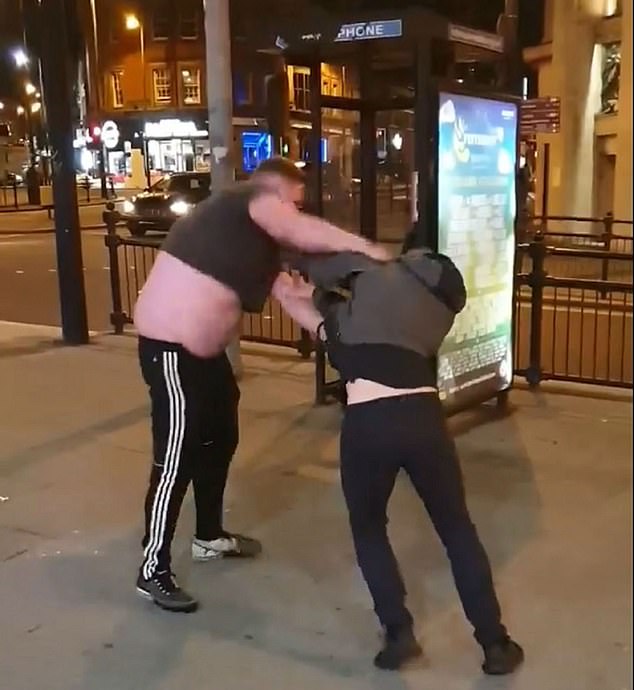 The two men are seen grappling with one another. The man in Adidas tracksuit bottoms and a dark green T-shirt later throws the dead bird

James Ian wrote: ‘What a foolish little turd, seemed to give the big lad a good laugh though.’

Ben Crummy wrote: ‘Imagine getting a pigeon threw at ya half way through a scrap lad hahaha.’

Chris Hathaway wrote: ‘Using a pigeon as a weapon is a new one for me.’

Others were amused by the soundtrack to the fight: Sean James commented: ‘Mambo no.5 in the background.’ and a laughing face emoji.

Nicky Eagle added: ‘Even my 16 month old son was laughing at this.’

Speaking today, Kwasie Mensah said: ‘I work as a doorman on a bar called the Celtic Corner, I see stuff like this all the time.

‘The video comes across as quite funny, but it could of took a turn for the worse. luckily it never, if it did though we definitely would of stepped in.’ 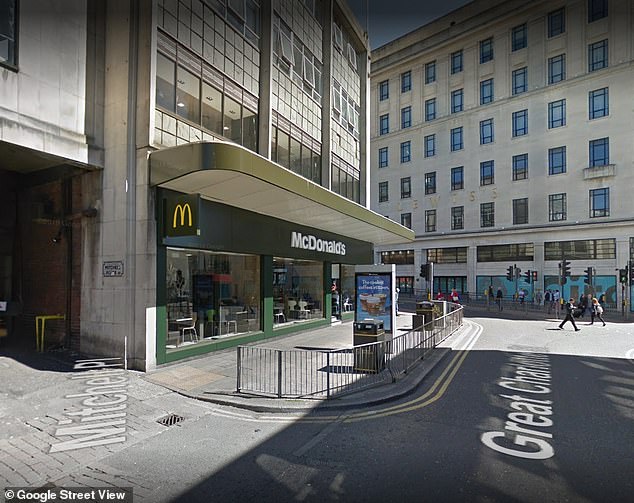 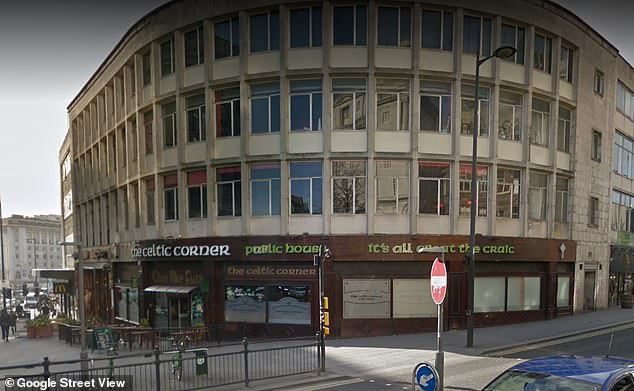 It spilled over to outside The Celtic Corner pub next door