Blac Chyna was emotional in court Thursday discussing ex Rob Kardashian posting nude photos of her on social media after their breakup.

During her second day of testimony in her trial against the Kardashian-Jenner family, the social media influencer (real name: Angela White) was asked by the defense about obtaining a restraining order against Rob after her posted the explicit photos in 2017 after their scorched-earth breakup. Chyna became visibly upset when asked to look at that court filing, which contained the explicit photos that Rob put online, and also became emotional when asked by the defense if the restraining order was a publicity stunt.

"My pictures were blasted to the entire world," Chyna said on the stand. "Rob posted nudes of me on the internet. So I’m just supposed to allow Rob post this on the internet … that's OK, right?” 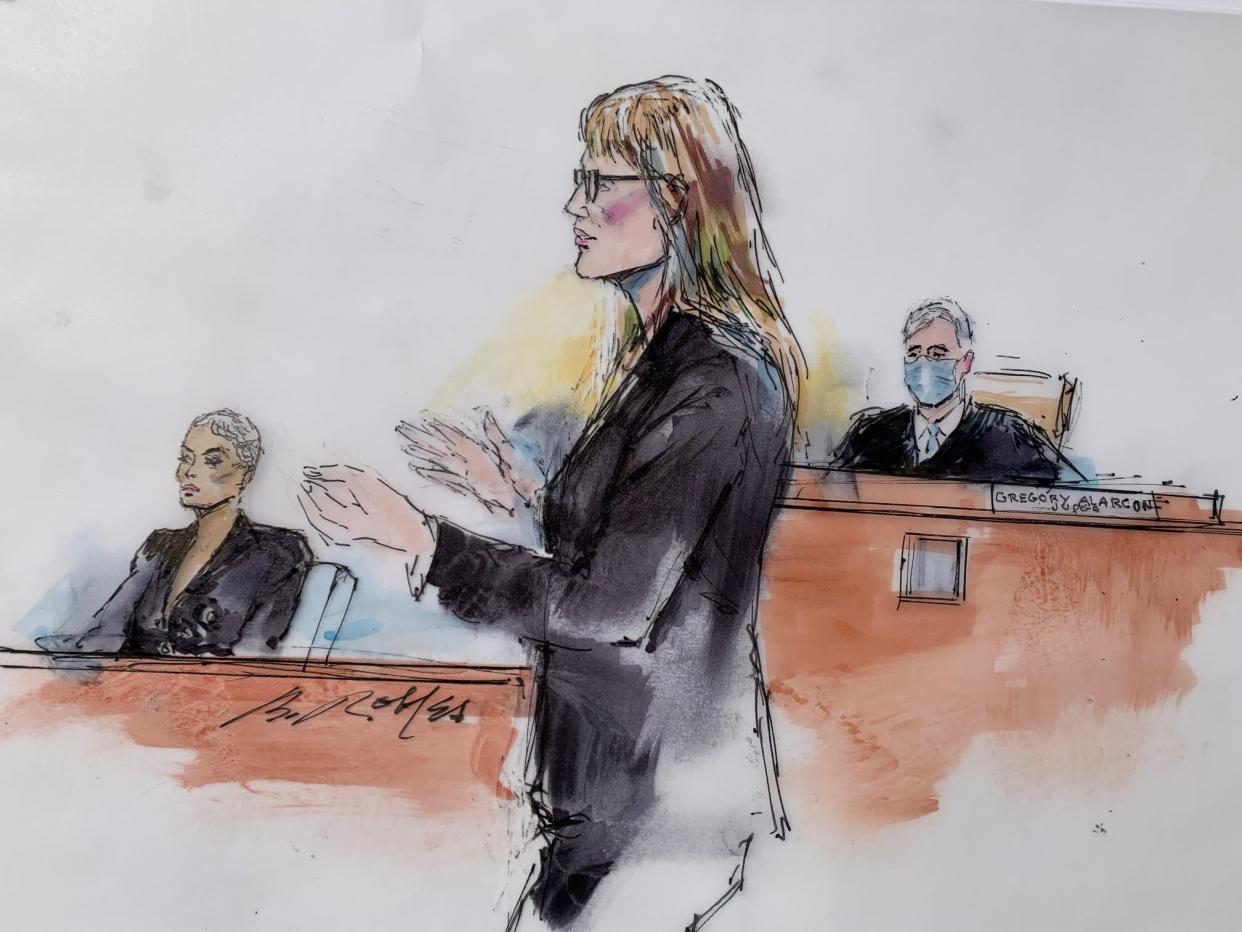 She said the restraining order "was the only way I could stop him from posting pictures of me on the internet."

Chyna's attorney Lynne Ciani demanded that the explicit photos not be shown to the jury — and the judge agreed they would not see them. 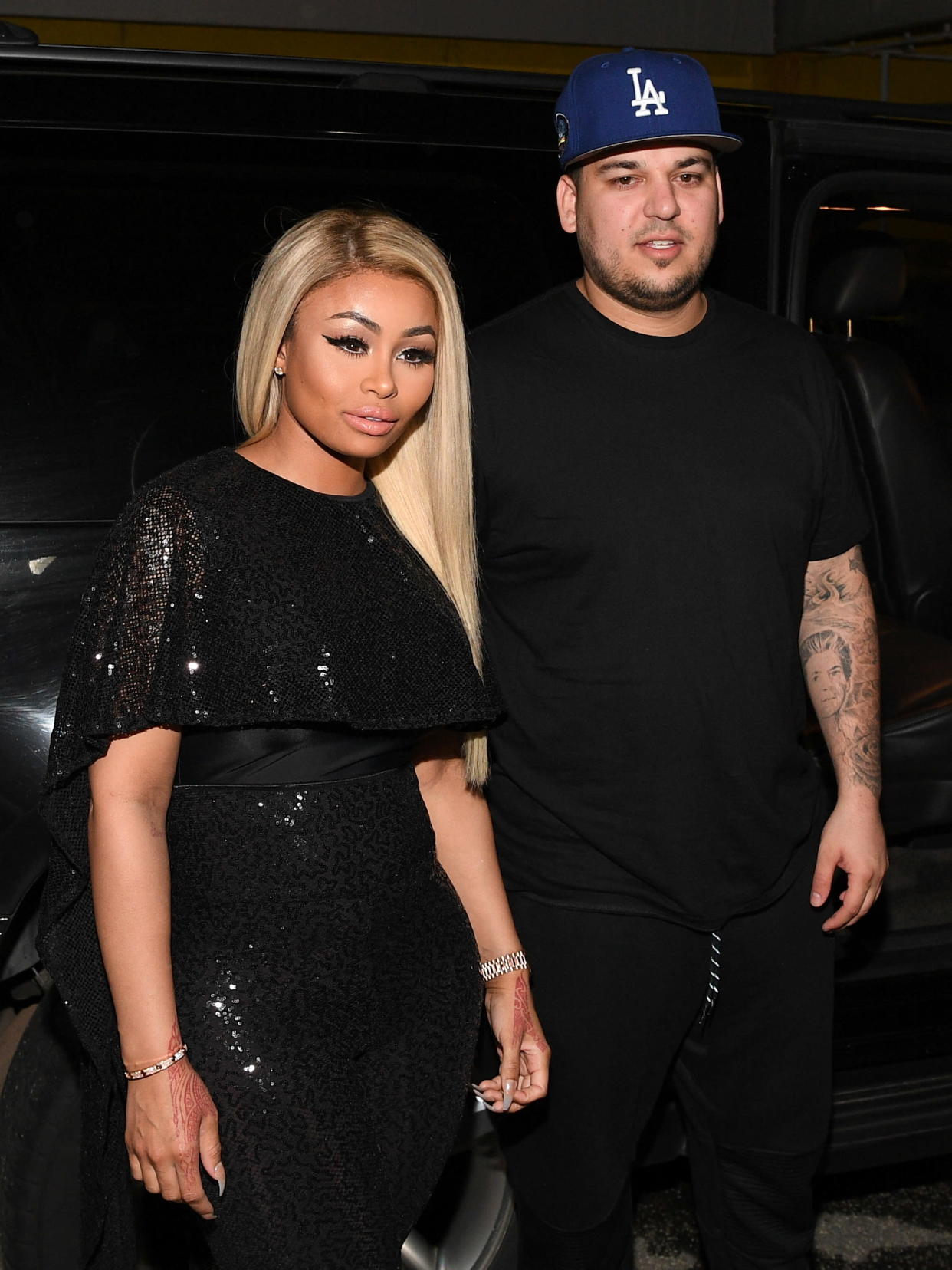 Chyna was also questioned about appearing on Good Morning America the day after she filed the restraining order again Rob, with whom she shares a 5-year-old daughter, Dream, and whether she did it for press attention.

"I was already public," she replied. "I'm supposed to just not say anything and take it? I wanted everyone to hear my side of the story. He posted nudes of my entire body."

It's been a wild trial so far. On day one of Chyna's testimony, she admitted she put a gun to Rob's head in 2016 but claimed she was joking.

In January 2016, it was announced Rob — the Kardashian who's least in the limelight — was dating the internet influencer. It was a rollercoaster as they announced their engagement in April, premiered their Keeping Up With the Kardashians spin-off Rob & Chyna in September and had a baby in November. They frequently broke up and got back together before calling it quits for good in 2017.

Their final split was bitter with Rob posting explicit photos of Chyna, including showing her exposed genital area, on social media in July 2017 amid a rant in which he accused her of cheating on him and being an unfit mother who abused drugs. She then filed the restraining order and they've since been involved in several legal proceedings against each other.

This lawsuit, which Chyna filed in October 2017, targets the Kardashian family, specifically Kris Jenner, Kim Kardashian, Khloé Kardashian and Kylie Jenner. She accuses them of using their power to conspire with E! TV executives to kill the second season of Rob & Chyna. Production on Season 2 of the show had already begun and was to focus on Chyna and Rob's lives as co-parents. She received a $100,000 kill fee for the show now airing, but season one debuted to record-setting numbers and she was due to collect much more money. 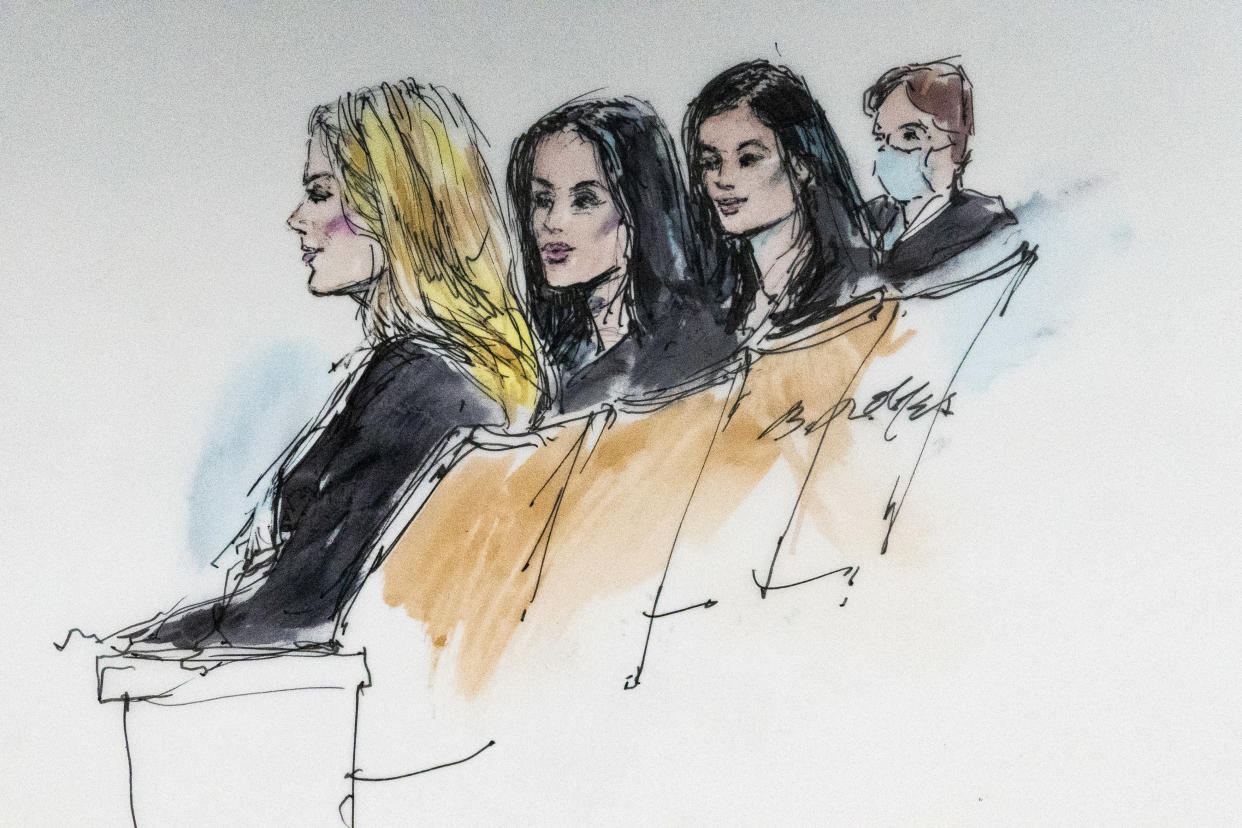 Chyna claims she suffered economic damages because the family interfered with her contracts and business dealings to push her out of reality TV. She accused Kris, Kim, Khloé and Kylie of defamation Additional allegations include assault and harassment charges against Rob. Chyna's seeking $100 million in lost earnings.

The Kardashians have denied her allegations and said in court filings that they had legitimate concerns about Chyna and feared for the safety of Rob due to the "violence and toxicity" of the former couple's relationship. They have countersued.

Kris, Kim, Khloé and Kylie (with whom Chyna shares a mutual ex, Tyga) have been in court during jury selection and as the trial has gotten underway. They are expected to testify.