Black student hits back at racists by setting up GoFundMe page

Black student hits back at racists telling her to ‘go back to her own country’ by setting up GoFundMe page so they can pay for £5,000 plane ticket to Jamaica

A black woman has hit back at racist trolls who told her to ‘go back to her own country’ – by setting up a GoFundMe page so they can pay for her £5,000 plane ticket to Jamaica.

Jordene Phillips, 20, from Barking in east London, said she has suffered years of racist abuse despite living with her family in the UK all her life.

She finally snapped after a call centre worker accused her of being aggressive as she negotiated her phone contract.

Now she has set up a GoFundMe campaign for the racists themselves to pay the £5000 for her plane ticket to Jamaica, her country of descent. 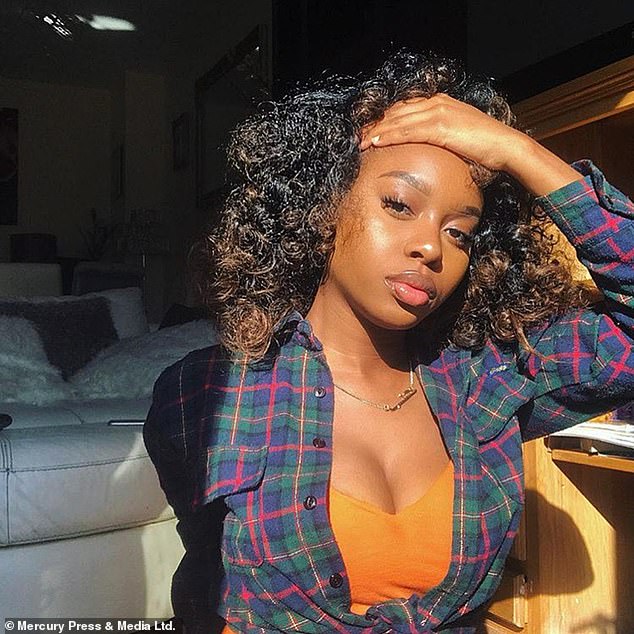 Jordene Phillips (pictured), 20, from Barking in east London, said she has suffered years of racist abuse despite living with her family in the UK all her life

She said: ‘There are people who are giving me their money and calling me the N-word so they’re supporting me without supporting me.

‘They’ve clearly got so much hate for my race. Someone actually donated me fifty pounds and called me the N word.

‘I’m crying but I’m crying all the way to the bank. It does show the mindset of these people. They are so filled with hate but they are bettering my life and I’m laughing at them.’

The page has raised more than £277. The product design student said: ‘A lot of people think it’s the most intelligent thing that anyone has done in 2020, playing on the minds of racists.’

A number of the donations are ‘anonymous’ and most have given either £5 or £10. 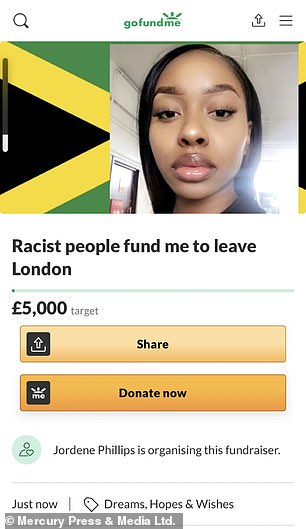 Comments underneath the page included: ‘Don’t use the money to leave your home country. F**k the racists. Go on holiday;’ ‘Girl get out of that cursed country ASAP before Brexit happens;’ ‘Listen mate I ain’t racist I got black friends but please leave this country.’

A description on her page blasted racists who ‘see my island as a holiday destination but tell my people it is violent and evil’.

It added: ‘I am a black woman who hates living in London due to the racist idiots who tell me to go back to my country.

‘This GoFundMe is for them. They want me to go. I will happily leave. The British Government brought my ancestors here and lied to them.

‘Now I’m born into this crap. They have convinced young British born Jamaicans that there’s no opportunities there. Listen, I’m done talking init. Pay for my ticket den since yuh bad.’ (sic)

Miss Phillips, whose grandparents were of the Windrush generation, says she has suffered so much abuse she now feels ‘alien’ in the UK and wants to leave the country as a result.

She added: ‘I do intend to leave because I like to be around people I feel I can relate to. I feel like an alien here sometimes.

‘Sometimes the racism is just blatant and sometimes it’s institutionalised because people get opportunities that I wouldn’t get.

‘The anger has been built up over the time, I see other people getting racist abuse and it hurts because I know that’s how they’d treat me. 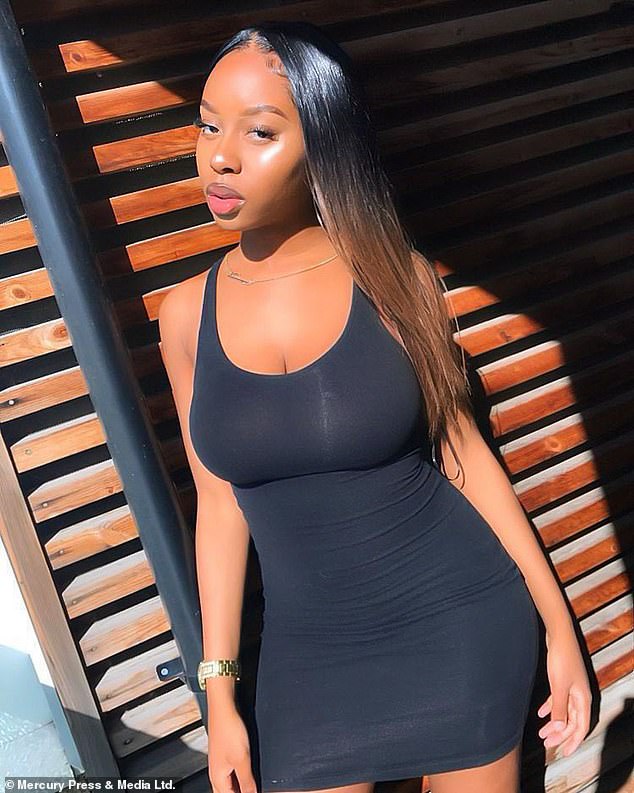 ‘My grandparents were of the Windrush generation.’

She said her family ‘couldn’t get jobs and were subjected to racism’ after arriving in the UK with the expectation they would be able to enjoy a better quality of life.

‘A lot of my family members did return to Jamaica because they couldn’t handle it but my mum is still here,’ she added.

‘A lot of people think racism is disappearing but its not, it’s in a different form.

‘Racists don’t need to call you the N-word to your face, they can message you online.’

Miss Phillips set up the page on Friday after a call centre worker was ‘really rude and disrespectful’ to her.

She said: ‘I was quite angry, it’s anger that’s built up over time.

‘I was on the phone to someone trying to sort my phone bill and although he couldn’t see me, I knew he could tell I was black by the way I was speaking and he was really rude and disrespectful to me. 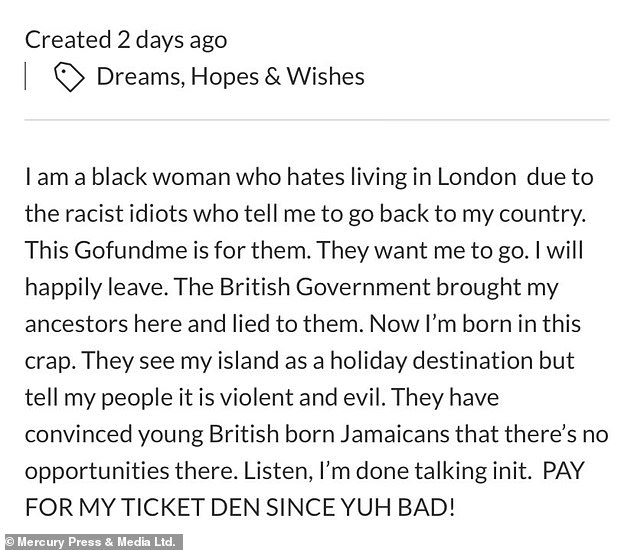 ‘He called me aggressive and that gets pinned on black woman a lot. I’d had enough, I was riled up so I set up the fundraising page.

‘I’m not talking about white people, I’m talking about racist people but I just thought, anyone who wants me to leave this country can pay for it themselves.’

The page has gone viral on social media with Miss Phillips, who described herself as ‘very controversial, defiant and not afraid to speak up’ receiving messages of support from all over the world.

She said: ‘I didn’t expect it to sky rocket so much. I can’t believe how viral it’s gone.

‘I didn’t have Twitter but I had to set up an account to see what’s going on.

‘There’s been a mixed reaction, some negative and some positive.

‘I’ve had people from America, Canada and France getting in touch and most of the response has been positive.

‘It’s a political statement, if you want us to leave then you have to pay. I am very controversial, defiant and I’m not afraid to speak up.’