Blind kitten Gabriel is reunited with his brother All he wants for Christmas! Blind kitten Gabriel who lost his eyes to ‘cat flu’ is reunited with brother Arthur six weeks after the strays were separated

A blind kitten has been reunited with his brother weeks after the strays were rescued separately by the RSPCA.

The 14-week-old kitten, who has been named Gabriel, lost his eyes after suffering from cat flu, according to inspector Krissy Raine, who found him on Sunday, December 20 in Peterlee, County Durham.

Another kitten, Arthur, had been rescued six weeks earlier from the same area, and Krissy and her colleague realised the pair must be brothers.

Of the cats’ reunion, she said: ‘It was a very special and heartwarming moment and wonderful to think Gabriel would have something familiar in a different world.’ 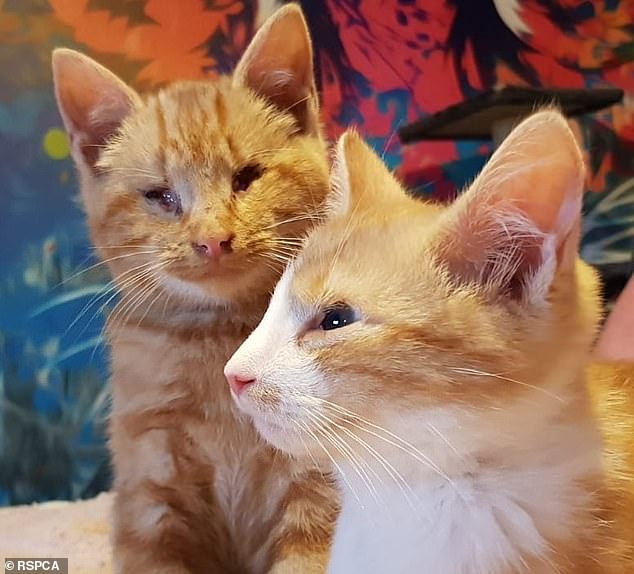 The 14-week-old kittens were reunited after Gabriel (left) was found in Peterlee, County Durham. His brother Arthur (right) was found six weeks before in the same area

Video footage shows Arthur licking his brother’s face in a sign of affection, and Krissy revealed the pair knew each other immediately.

She added: ‘It is amazing that Gabriel survived. I took him to a vet and they believe he had cat flu which left his eyes badly damaged and they perished. But he is very healthy, he needed no treatment from the vets at all.

‘Even though he was from a feral colony when I took him to the vets, they were shocked by how calm and friendly he was and instantly fell in love with him. 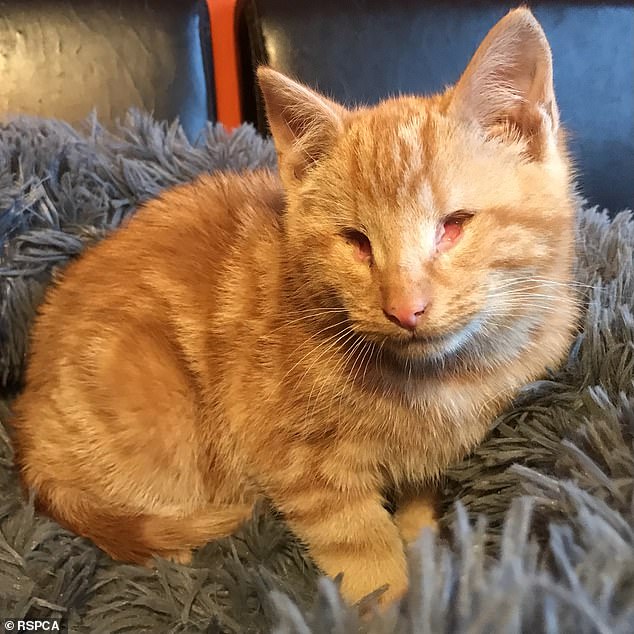 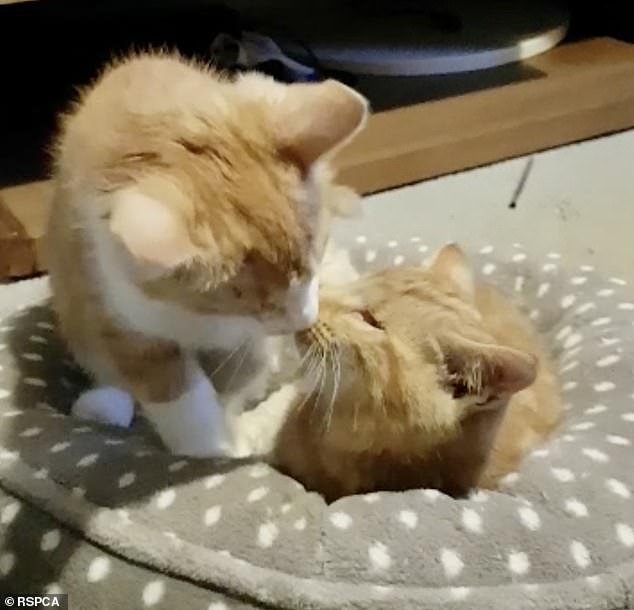 Video footage shows Arthur licking his brother’s face in a sign of affection, and Krissy revealed the pair knew each other immediately

‘We named him Gabriel as he is an absolute angel and everyone who meets him adores him.’

Arthur was unwell when he was rescued and had to have surgery to remove an eye, which was also believed to have been damaged by cat flu. His second eye was saved and Arthur will now act as a guide for Gabriel.

‘Gemma couldn’t believe it when she realised she had rescued his brother a few weeks before and we knew we had to reunite them,’ said Krissy.

‘Arthur was being looked after by a foster family and they were so excited to hear that his brother had been rescued – they welcomed him with open arms too. 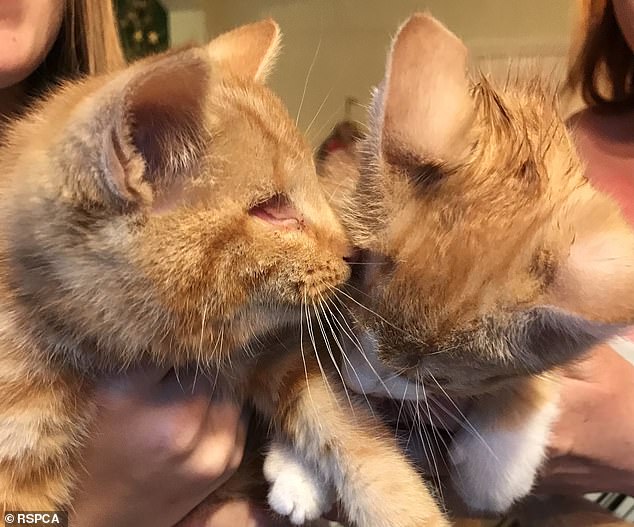 Arthur was unwell when he was rescued and had to have surgery to remove an eye, which was also believed to have been damaged by cat flu. His second eye was saved and Arthur will now act as a guide for Gabriel

‘They are both with the same foster family now, they are such calm, caring and affectionate cats – such special little angels. Now that they are back together, Arthur can guide Gabriel through life.’

The pair will be looking for a home together in the future where they can live as indoor cats.

‘After everything that has happened in 2020, this is such a lovely story to share with people as a reminder that heartwarming things still happen every day,’ said Krissy.

‘It is a Christmas miracle for Gabriel and Arthur – we’re just so pleased that they are together for Christmas Day, it is the perfect gift for them.’