Boris Johnson must relax 'unnecessary' and 'unfair' cap on mourners

Boris Johnson has been told to relax the ‘unnecessary’ and ‘unfair’ cap on funeral mourners by MPs.

The All-Party Parliamentary Group for Funerals and Bereavement wrote to the Prime Minister last night demanding he take action to prioritise those who’ve lost loved ones.

In a letter seen by the Mail, they urged the Government to ‘relax the rule of 30 funeral mourners in England in any way possible over the coming weeks’.

Committee chairman Sir John Hayes wrote: ‘Many people across England have been critical of the restriction on 30 mourners for a funeral, which remains in place until at least 17 May and possibly longer. I am concerned that as other sectors of the economy reopen and as larger events begin to take place again, that this cap on mourners is unnecessary and unfair on those wishing to attend the funeral of a loved one. 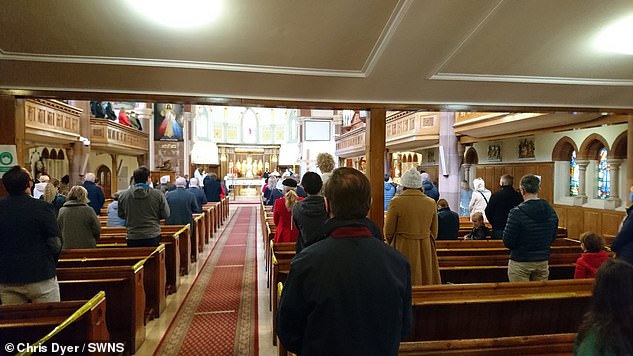 ‘On behalf of the funeral and death care sector, I would seek a modest and reasoned approach to lifting the 30-mourner limit, as has happened in Wales and Northern Ireland.’

The Conservative former minister suggested the absolute cap on mourners could be replaced with a variable one dependent on the size of the premises.

He said giving venues permission to be 25 per cent full, for example, would ‘allow more people to attend a service inside a church or crematorium’.

Sir John added: ‘Equally, providing proof of a negative Covid-19 test could be another way to ensure more attendees at a funeral.

‘I would urge the Government to relax the rule of 30 funeral mourners in England in any way possible over the coming weeks. The All-Party Parliamentary Group is confident, mindful of the suggestions, this could be done without jeopardy.

‘The funeral sector stands ready to support the Government in this effort, and so I look forward to hearing your thoughts on this, as every day that passes means the grief of loss being coupled to the added distress of limiting final farewells.’ 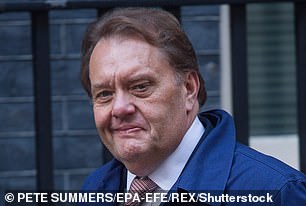 Sir John Hayes says venues should have permission to hold up to 25 per cent, instead of a cap

The letter comes amid a clamour of calls from across the political spectrum, as well as from charities, religious leaders and the funeral sector itself.

There was anger following the final of football’s Carabao Cup on Sunday when 8,000 fans were allowed into Wembley Stadium.

In our campaign, The Death Of Decency, the Mail is urging ministers to reconsider the 30-person limit on mourners, introduce lateral-flow tests to reduce the need for social distancing and lift all limits on open-air services.

Last night, Health Secretary Matt Hancock declined to say whether the restrictions could be eased.

He said: ‘The data show we are essentially precisely on track for where we expected to be at this point. That is obviously good news. It means we can follow the roadmap and look at the data all the time. 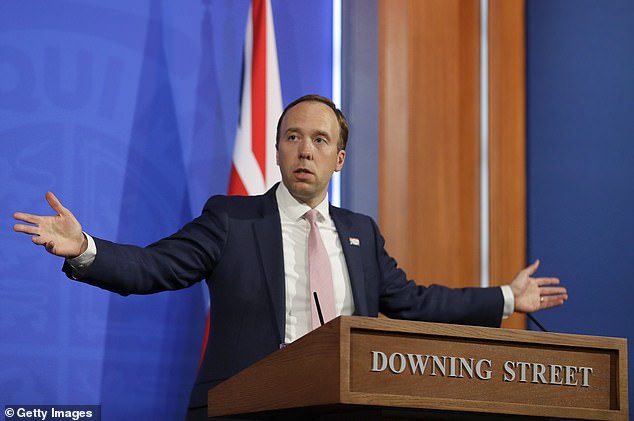 ‘The dates we set out are “not-before dates” because we want to see the impact of each step before the decision to take the next step.’

The Government’s roadmap limits mourners to 30 until June 21. The only relaxation due at the next stage – from May 17 – is lifting the cap on wakes from 15 to 30 people.

On Monday, Scotland raised the limit on mourners attending a funeral to 50, while Wales lifted the cap on outdoor wakes to 30.