Home » World News » Boyfriend of Maryam Hamka to apply for bail, as police appeal for information about her disappearance

Boyfriend of Maryam Hamka to apply for bail, as police appeal for information about her disappearance

The boyfriend of a Melbourne woman who has been missing for more than two months will apply for bail this week, as police launch a new fresh appeal for information about her suspicious disappearance.

Toby Loughnane, 45, was arrested the day after Brunswick woman Maryam Hamka, 36, was reported missing to police on April 15. 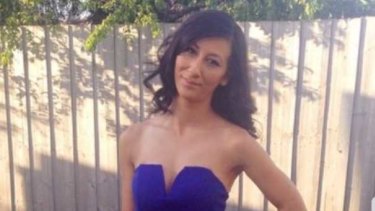 36-year-old Brunswick woman Maryam Hamka has been missing since April 10.

Mr Loughnane has not been charged with any offence relating to Ms Hamka’s disappearance.

He has been remanded in custody since his arrest, however a bail application hearing is set down for Thursday morning.

It comes as police appealed on Wednesday for public assistance to help track the movements of a red Mazda 3, which has been seized by police.

The hatchback has distinctive damage to the front left guard, police said.

Detectives have released an image of a vehicle similar to the red Mazda 3 they are tracing.Credit:Victoria Police

They are asking for anyone who may have seen the car between April 13 and 15 to contact police. Detectives believe the car was being driven by a man during this time, and that the car travelled to and from the Brighton area.

“I understand that this is a fairly common car, but I’m hopeful there will be people who remember seeing one with this type of front damage or one very distinctly being driven by a male driver with no passengers,” said the head of the missing persons squad, Detective Inspector Andrew Stamper.

“At this stage we’re not able to limit too much the areas the car has travelled to, so we’re appealing to the general public to check their CCTV and dash-cam footage for a vehicle matching this description. We do know the car has left a residence in Brighton, so this really marks our starting point.

“Sadly, we are yet to locate Maryam but we are hopeful that any information regarding the movements of the red Mazda 3 will help progress the investigation.”

Maryam Hamka was last seen at Woolworths in Brunswick on April 10.Credit:Police Media

Maryam Hamka was last seen leaving Woolworths in Albert Street, Brunswick, at 5.30pm on April 10 and her family holds grave fears for her safety. The 36-year-old, from Brunswick, has not used her social media accounts, phone or bank accounts since then.

Police have described Ms Hamka as 165 centimetres tall, with a thin build and long black hair, brown eyes and an olive complexion. She was last seen wearing a black dress and had told family she was intending to visit a friend in Brighton.

Her brother told The Age in April she was known for her loving nature toward her family, including her nephews and nieces.

“She had such a big beautiful heart, she had nothing but love for all her family. It was in her nature to always help others before she helped herself.”

Detectives are appealing to anyone with information about the vehicle or regarding Maryam’s whereabouts to contact Crime Stoppers on 1800 333 000 or submit a confidential crime report at www.crimestoppersvic.com.au

a, boyfriend, Hamka, Maryam, of, to
World News