A "FEARLESS" Battle of Britain hero thought to have been the real life inspiration for Tom Hardy's character in the film Dunkirk has been revealed after his bravery medals emerged for sale.

Squadron Leader Kenny Hart crash-landed his Spitfire on the beaches of Dunkirk following a dogfight with the Luftwaffe in May 1940. 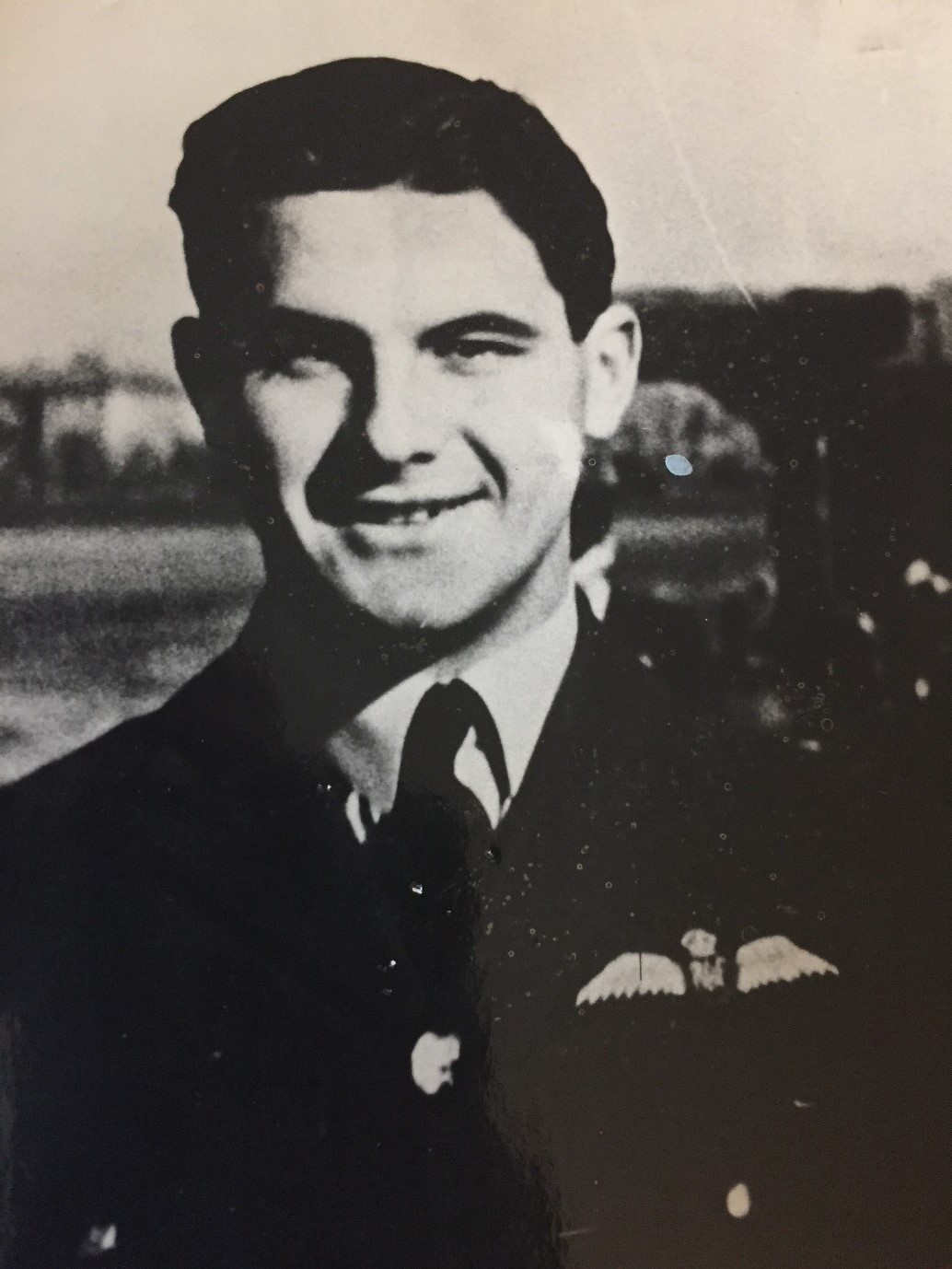 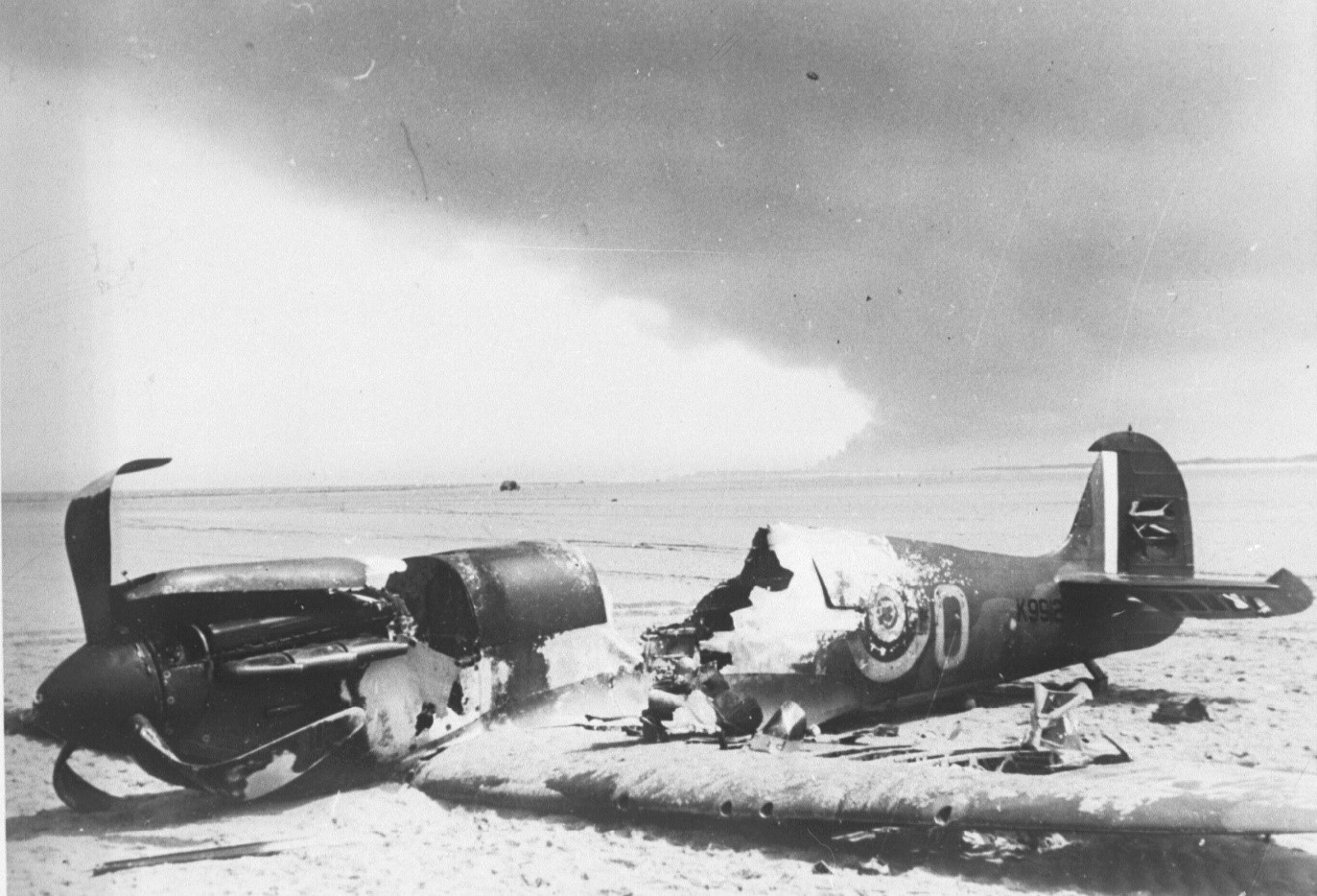 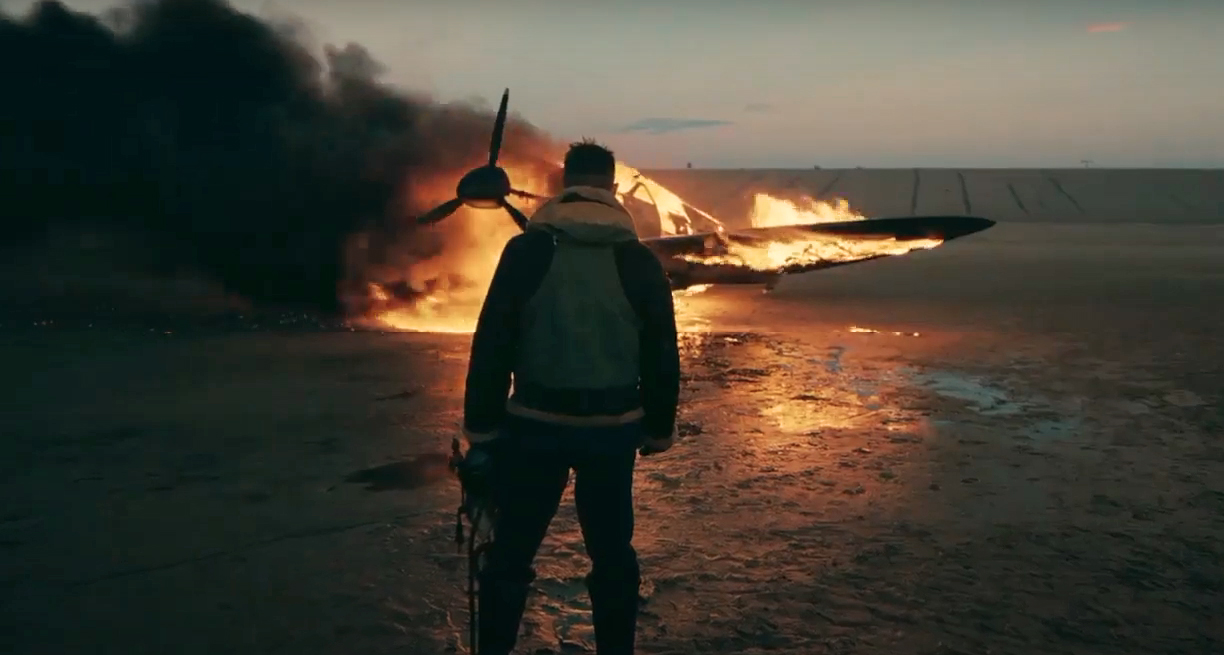 The 19-year-old fighter pilot then set fire to his 'kite' with a flare gun and watched it burn to stop the Germans getting their hands on a Spitfire.

A black and white photo shows the burnt out wreckage of his plane.

The identical scene was replicated in the 2017 Christopher Nolan movie when Hardy's character 'Farrier' was filmed landing a damaged Spitfire on the beach before using a flare gun to torch it.

But unlike Hardy's character who was taken prisoner, Sq Ldr Hart was able to get on a rescue ship to be taken back to Britain to fight another day.

He was one of the 'Few' who took part in the Battle of Britain, claiming ace status with five enemy kills by August 1940.

Sq Ldr Hart survived four crash landings in all but was tragically killed at the age of 23 when his Boston night-fighter plane was hit by anti-aircraft flak and engulfed in flames over Italy in December 1944.

I saw the enemy aircraft fall out of formation and crash to the ground.
I was then attacked from behind and forced down.

Now 76 years on and his medals that include the Distinguished Flying Cross and the 1939-45 Star with Battle of Britain clasp are being auctioned for an estimated £4,000 tomorrow.

Marcus Budgen, of London auctioneers Spink and Son, said: "The awards of Squadron Leader Hart is a classic tale of true grit and sad loss.

"As a fearless 19-year-old he flew a Spitfire to cover the Dunkirk evacuation, downing a Me109 before being forced to land on the beach and torch his kite.

"His story must surely have influenced the identical scene portrayed by Tom Hardy in the Christopher Nolan's recent movie 'Dunkirk'."

Sq Ldr Hart, from Mitcham, south London, developed a fascination for flying after walking by Croydon airport every day.

He applied to join the RAF and was commissioned Pilot Officer in March 1939 and posted to Spitfire unit No. 65 Squadron at Hornchurch, Kent, a year later.

He first saw action in a spate of sorties to Dunkirk as the British Expeditionary Force was being pushed back by the Nazi Blitzkrieg.

On May 22, his Spitfire developed engine trouble and, while under pressure, he performed a belly-landing at North Foreland, Kent.

He was flying back over Dunkirk the following day but three days later he was forced to make a second emergency landing, this time on the French coast. 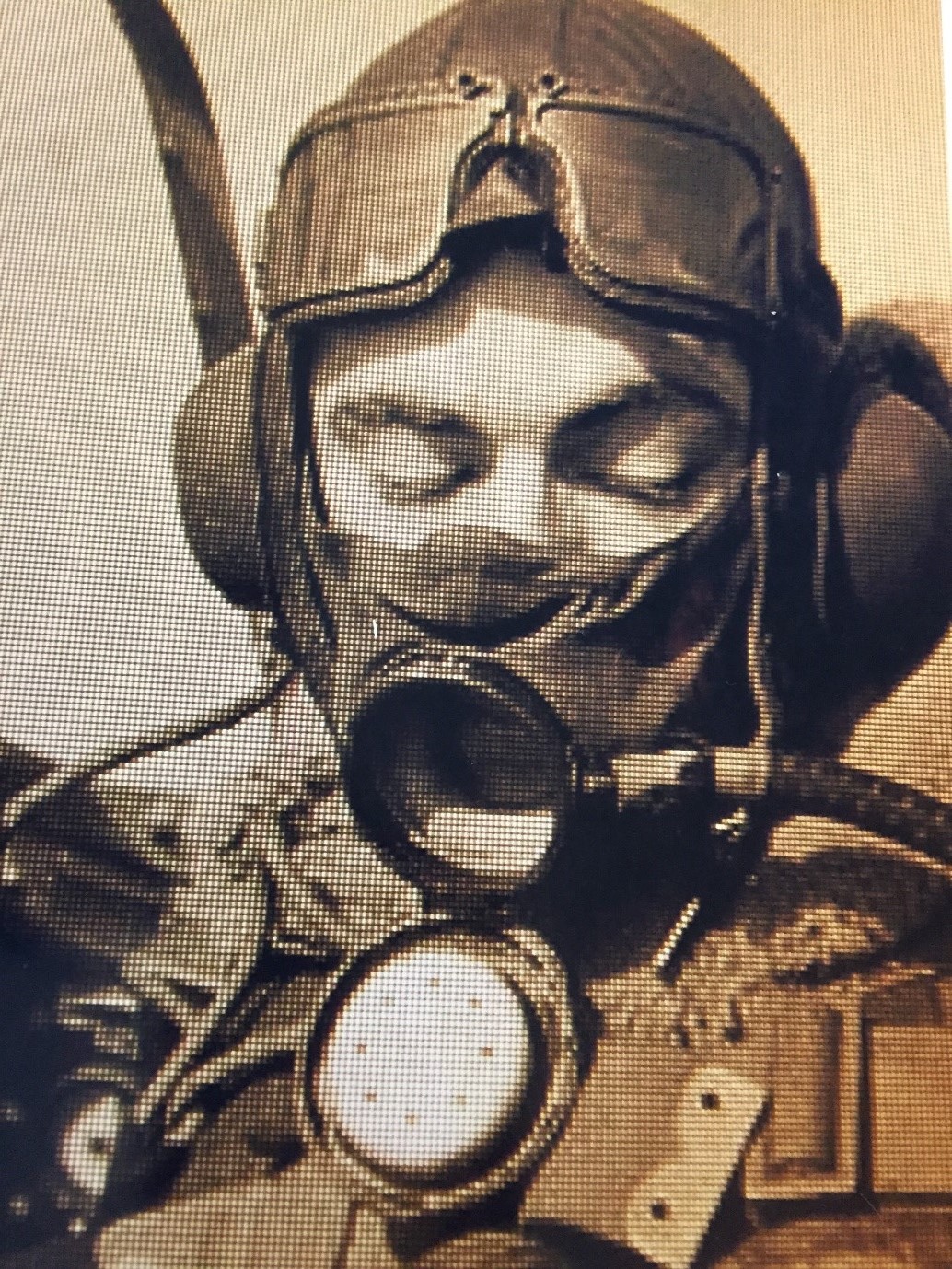 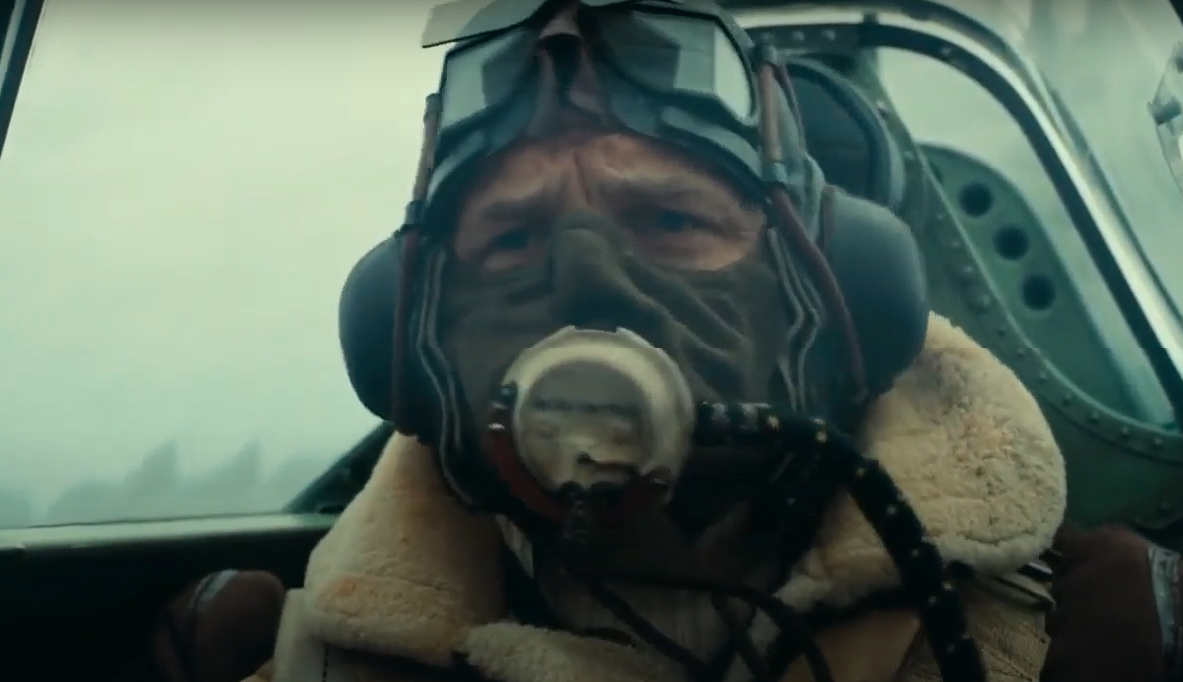 His combat report states: "I sighted several Me. 109s in formation line astern. I attacked the nearest from behind. I fired two bursts…I then saw the enemy aircraft fall out of formation and crash to the ground.

"I was then attacked from behind and forced down."

After returning to Britain his second enemy kill came on June 25 when he shot down another Messerschmidt 109 over Abbeville, France.

On July 5 over Dover he destroyed a Heinkel bomber which crashed in the sea with the loss of three of the crew.

During the Battle of Britain Sq Ldr Hart was required to fly five sorties in a single day.

He claimed a fourth kill – another Me 109 – on August 12 over Margate and then survived another crash landing at Foulness, Essex.

On August 25 he gained ace status with a fifth enemy plane destroyed followed by a sixth in November 1940.

He then joined No. 250 Squadron and served in the Middle East. He claimed three more kills while providing escort cover for RAF bombers ahead of the Allied advance on Tobruk in Libya.

The evacuation of Dunkirk

IN May 1940 the outgunned British army was cut off from their French allies by Adolf Hitler's unstoppable German forces, leaving them trapped in the town of Dunkirk.

Marooned in a tiny corridor of northern France the Brtiish Expeditionary Force (BEF) and their allies looked doomed.

However, confident that his army would crush his enemies, Hitler made the decision to briefly halt the German advance, giving the British just enough breathing space to arrange an evacuation.

This was later described as one of the evil dictator's "most critical mistakes" and "one of the great turning points of the war".

Operation Dynamo, the evacuation of the BEF from the port town of Dunkirk, started on May 27 1940.

On the first day, just 7,669 troops were saved by the beleaguered British fleet.

However, an appeal for a smaller civilian craft to join the rescue mission proved a resounding success – by May 31, plucky Brits had contributed nearly 400 'little ships' to the effort.

At the height of the daring evacuation, over 180,000 allied troops were brought back from France in a three-day period.

By June 4, when Operation Dynamo ended, a total of 338,226 British and French soldiers had been saved from Dunkirk.

Initially, Prime Minister Winston Churchill had predicted that only around 30,000 men could be brought home.

Sq Ldr Hart was awarded the DFC in February 1942 for his 'great courage and skill in operational duties'.

Little is known of his RAF career for the following two years but he was posted to No. 18 Squadron in Italy in February 1944.

There he flew in another 33 sorties up until December when he was killed in action. He was buried at Coriano Ridge War Cemetery near Riccione. 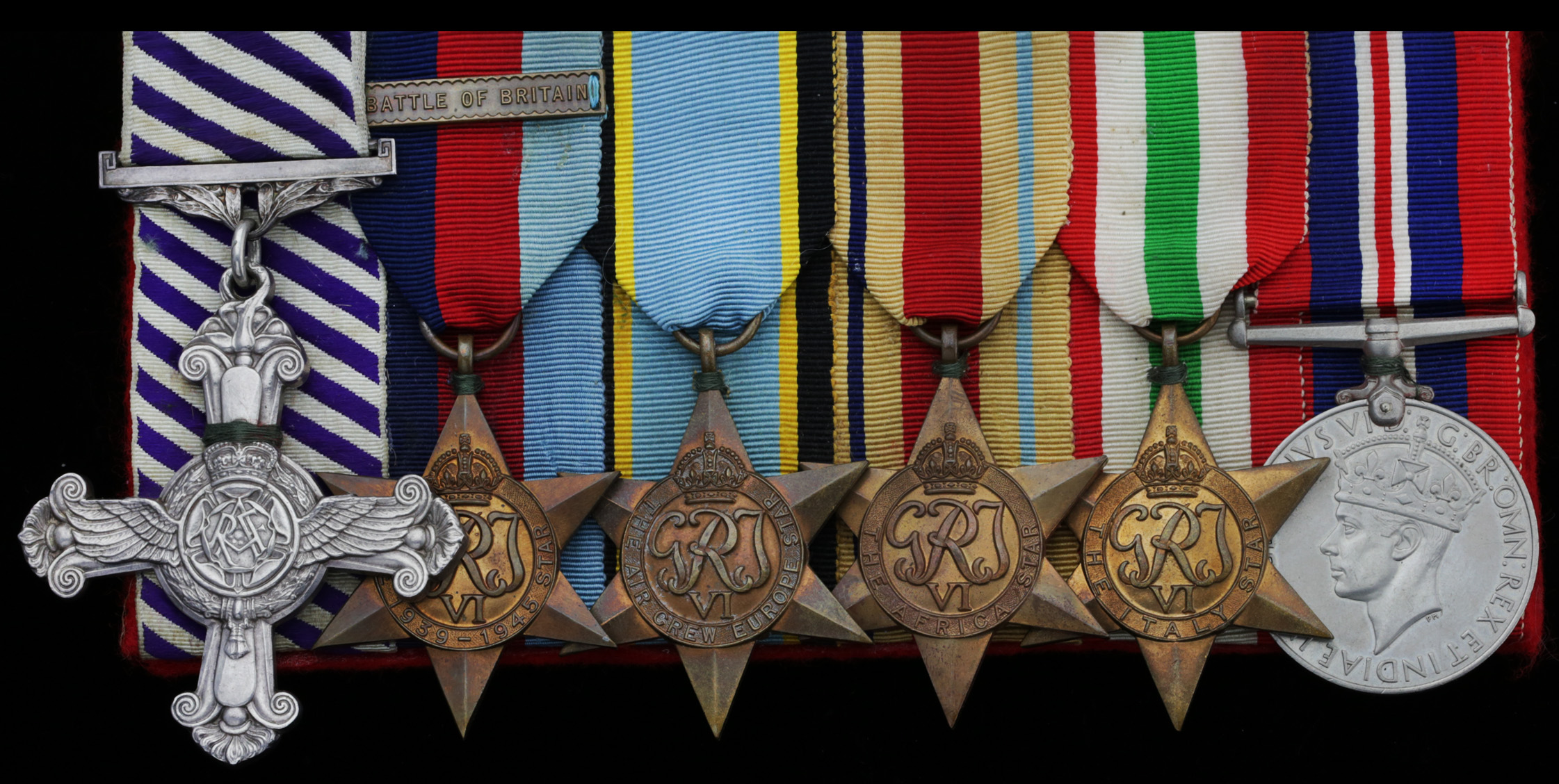 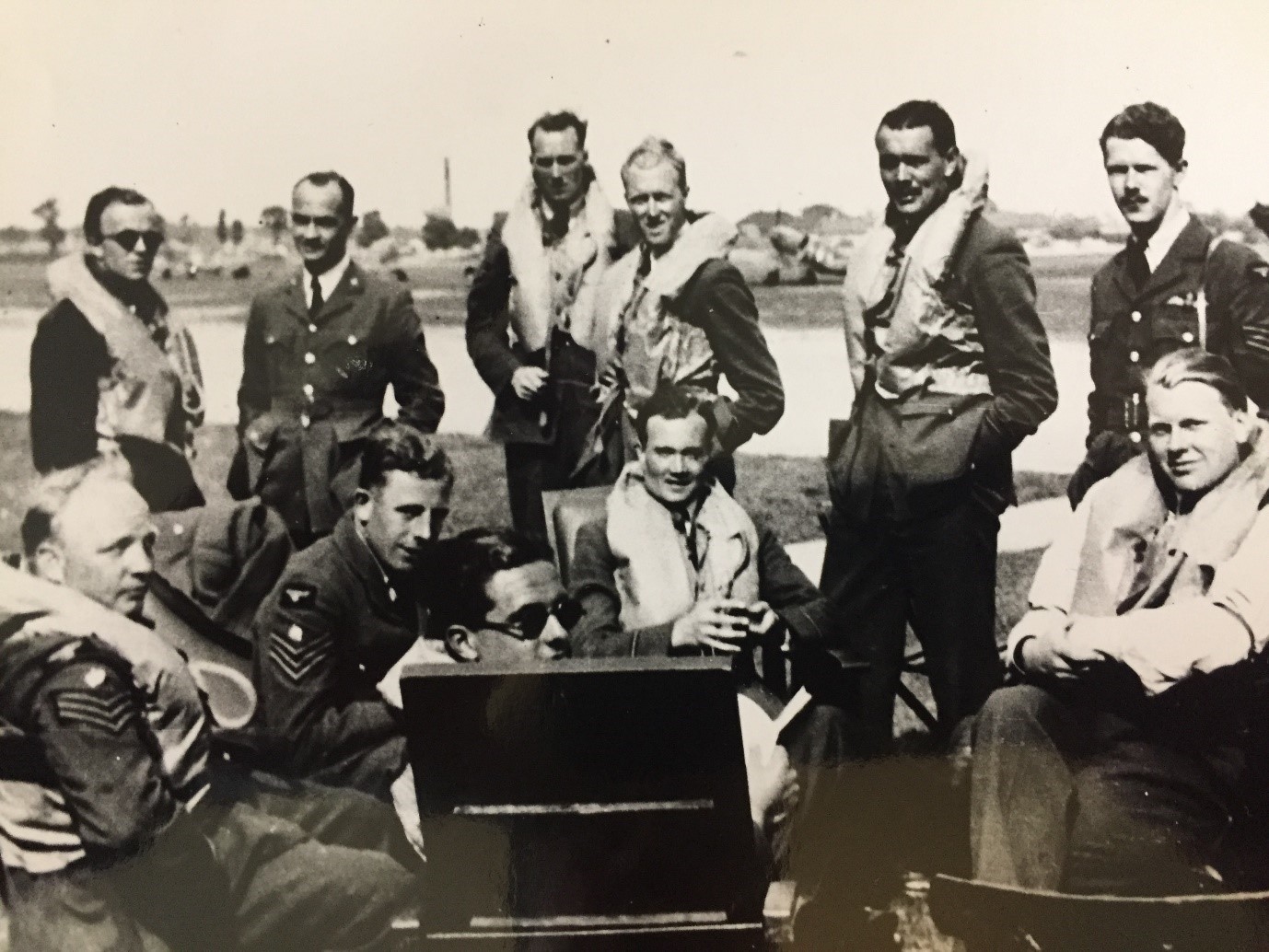