THESE incredible images show how a British photographer got terrifyingly close and personal with great white sharks.

Euan Rannachan, 34, a daring London-born photographer who now lives in California, spent much of 2019 getting intimate with massive beasts off the coast of Guadalupe Island, the westernmost point of Mexico. 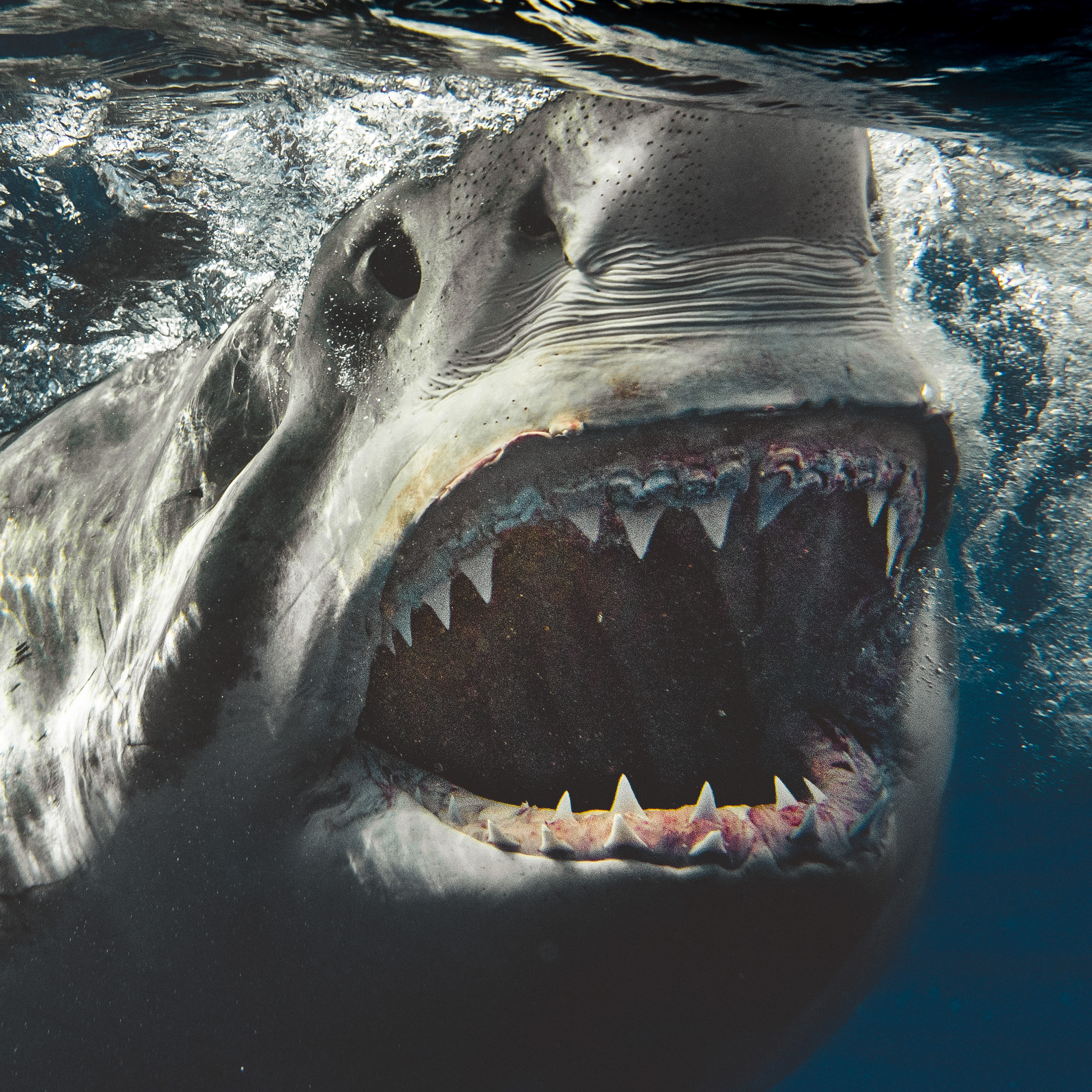 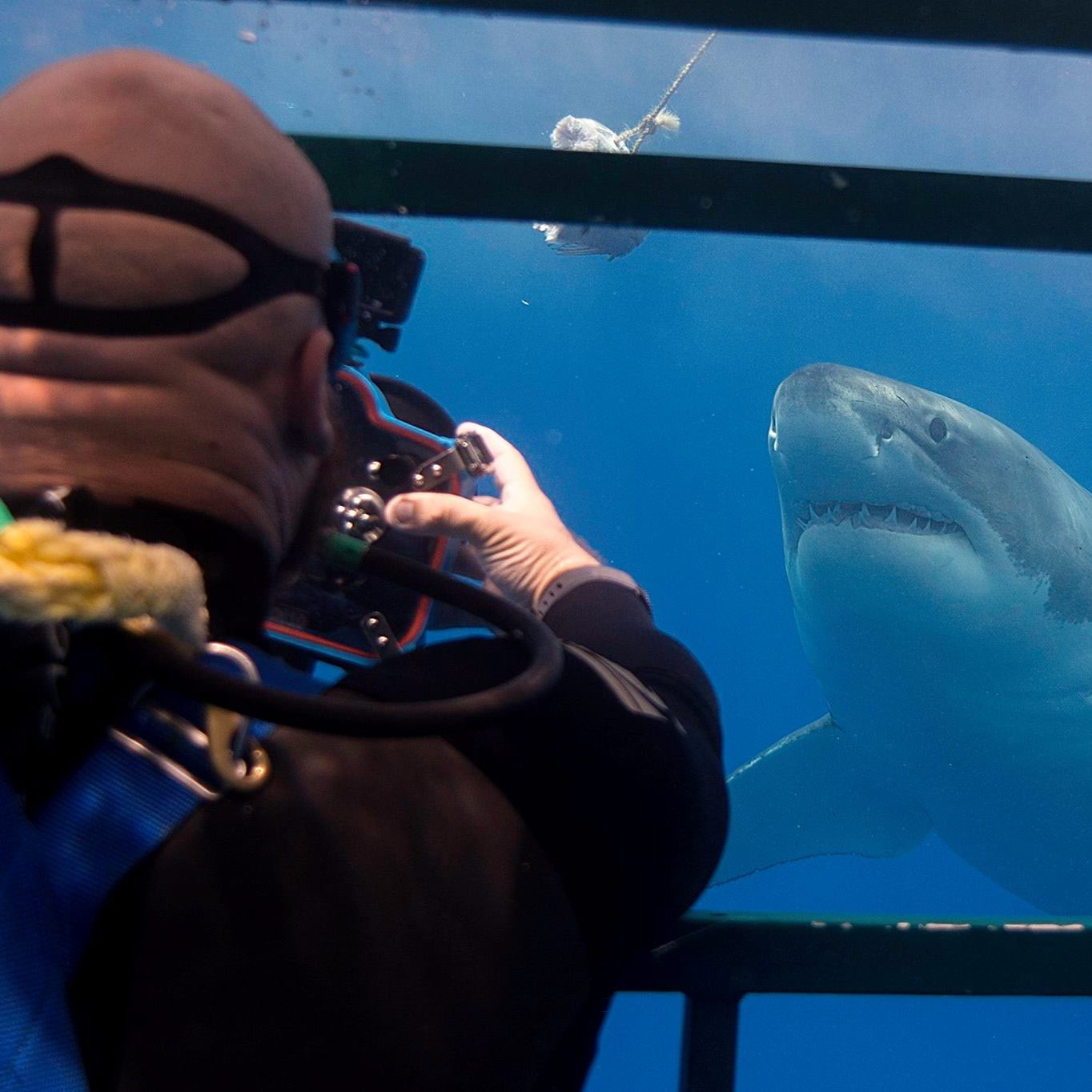 One of the photographs captures the great white’s imposing black eye, while another shows a shark "grin" as it’s just inches away underwater photographer’s lens.

A huge shark can also be seen showing off its fearsome array of razor-sharp teeth.

He said: "There is nothing else in the world like it.

"You can’t hangout this close to any other apex predator in the world and the fact we can with these massive sharks is a real testament to just how little of a threat to us they really are.

"The longer you are around them the more of a connection you feel.

"You want to watch their eyes as they move past you – you just know there’s a lot going on in their heads as they do.

"I absolutely believe these creatures will connect with you if you take the time and are in long enough.

"They’re very curious. While the strikes on the bait are very fast and violent, the majority of the time they are gliding gracefully past and as they study us we study them."

Rannachan grew up with a fascination for sharks, stemming from watching Steven Spielberg’s Jaws in the 1970s.

But after spending hours photographing and cage diving with great white sharks, any fear has been replaced with admiration.

He said: "Sharks are just inches away from me all the time actually.

"’Worry’ is not the word for it, respectful is a better one. I fully understand how powerful these guys and gals are but also I know they are not there for me.

"This does not mean I am reckless, it means I respect their space and do not touch or interfere with them as they pass." 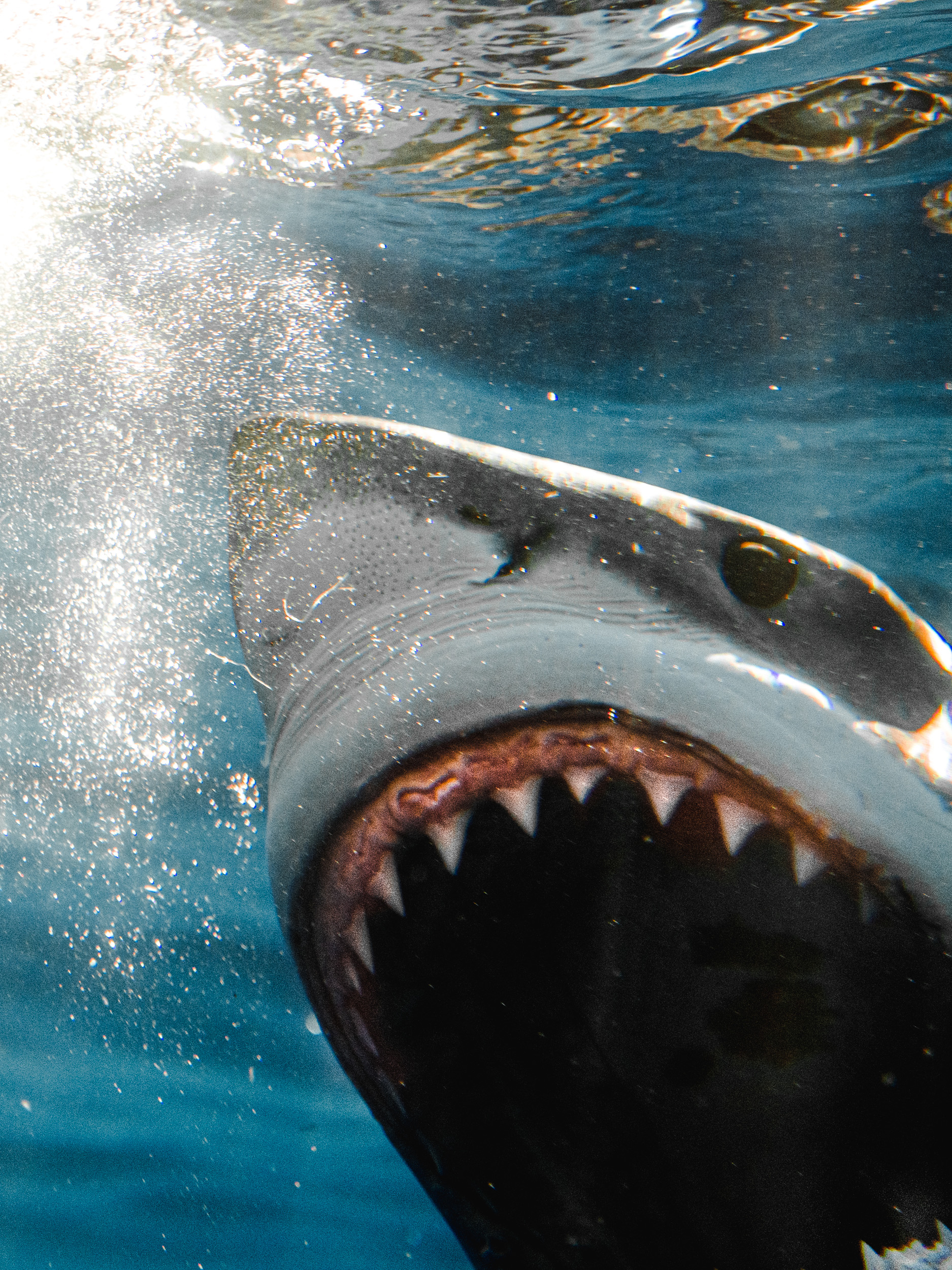 Although shark attacks on humans do occur, they are very uncommon and usually a case of mistaken identity – mistaking a human on a surfboard for a seal for example.

It is more likely to suffer a fatal lighting strike than experience a deadly encounter with a shark.

But climate change, poor fishing regulations and human interference has seen shark populations around the world drop by as much as 90 per cent in the last five decades. 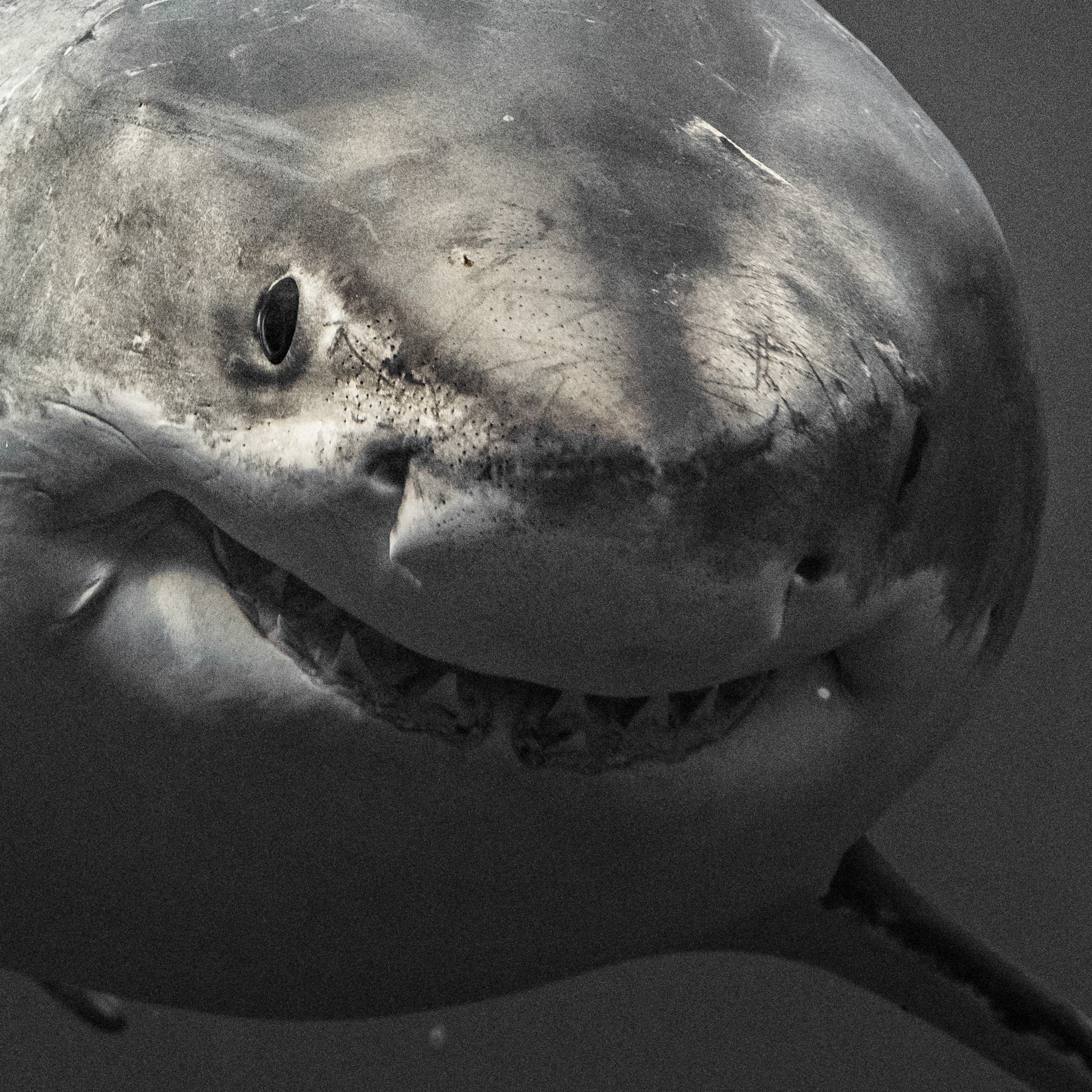 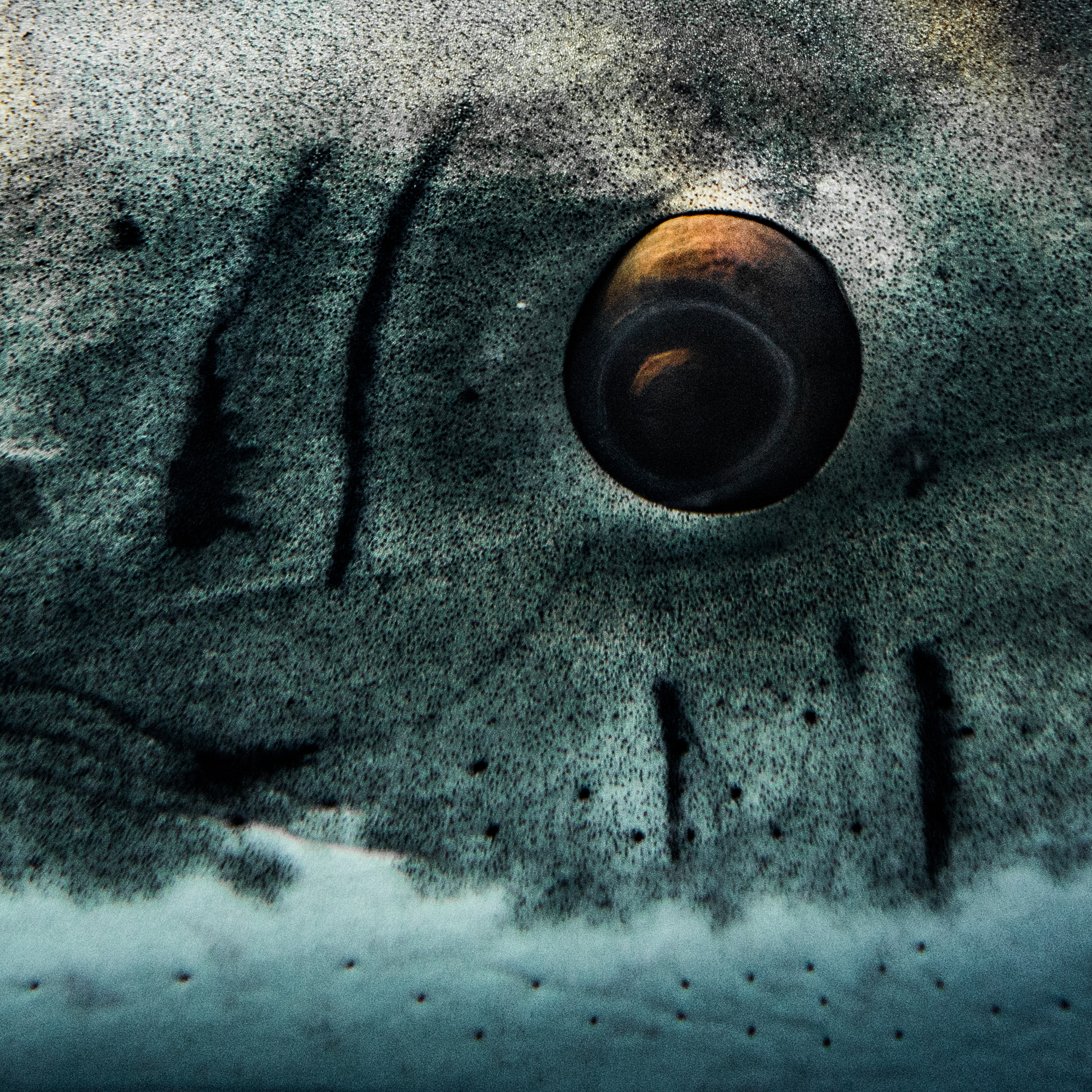 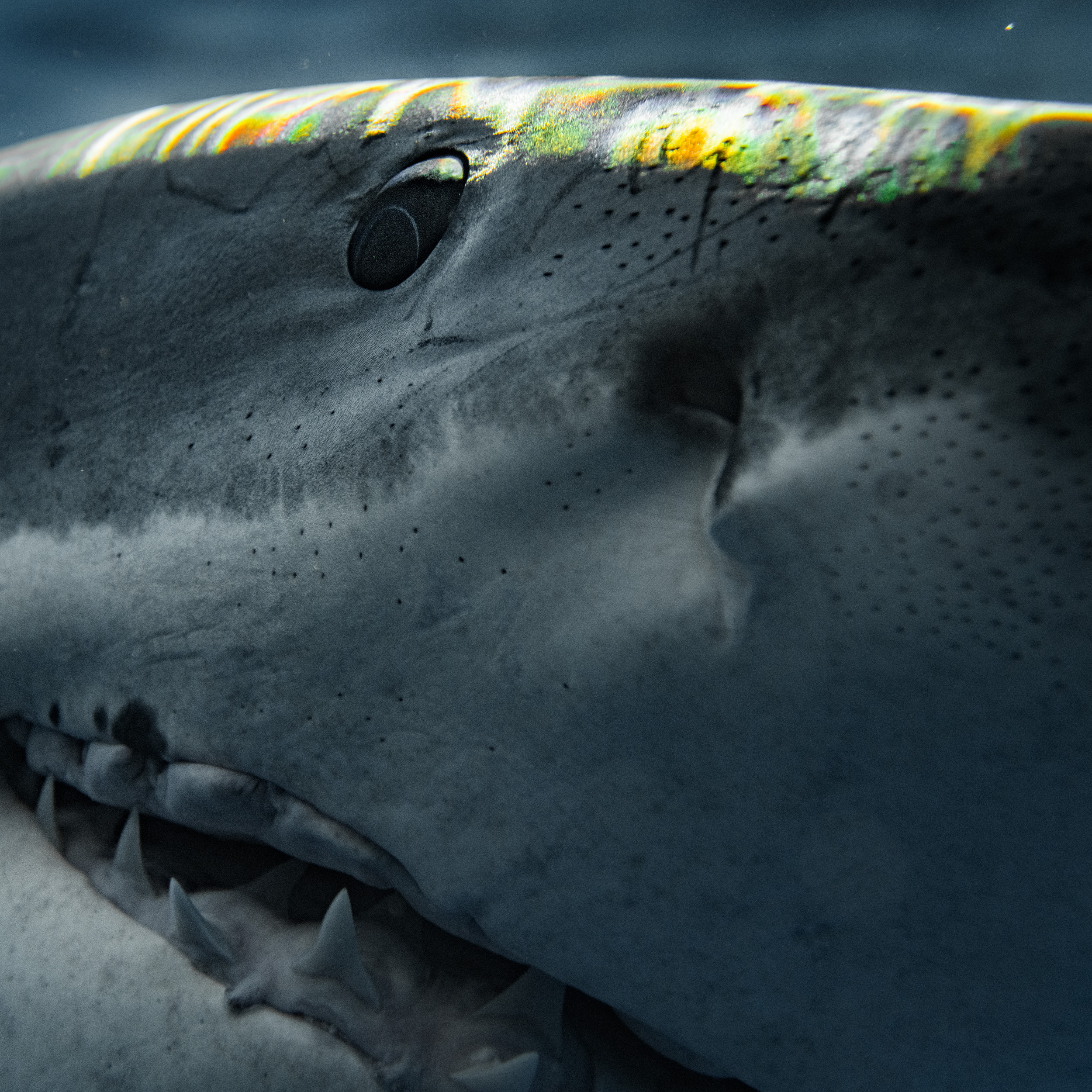 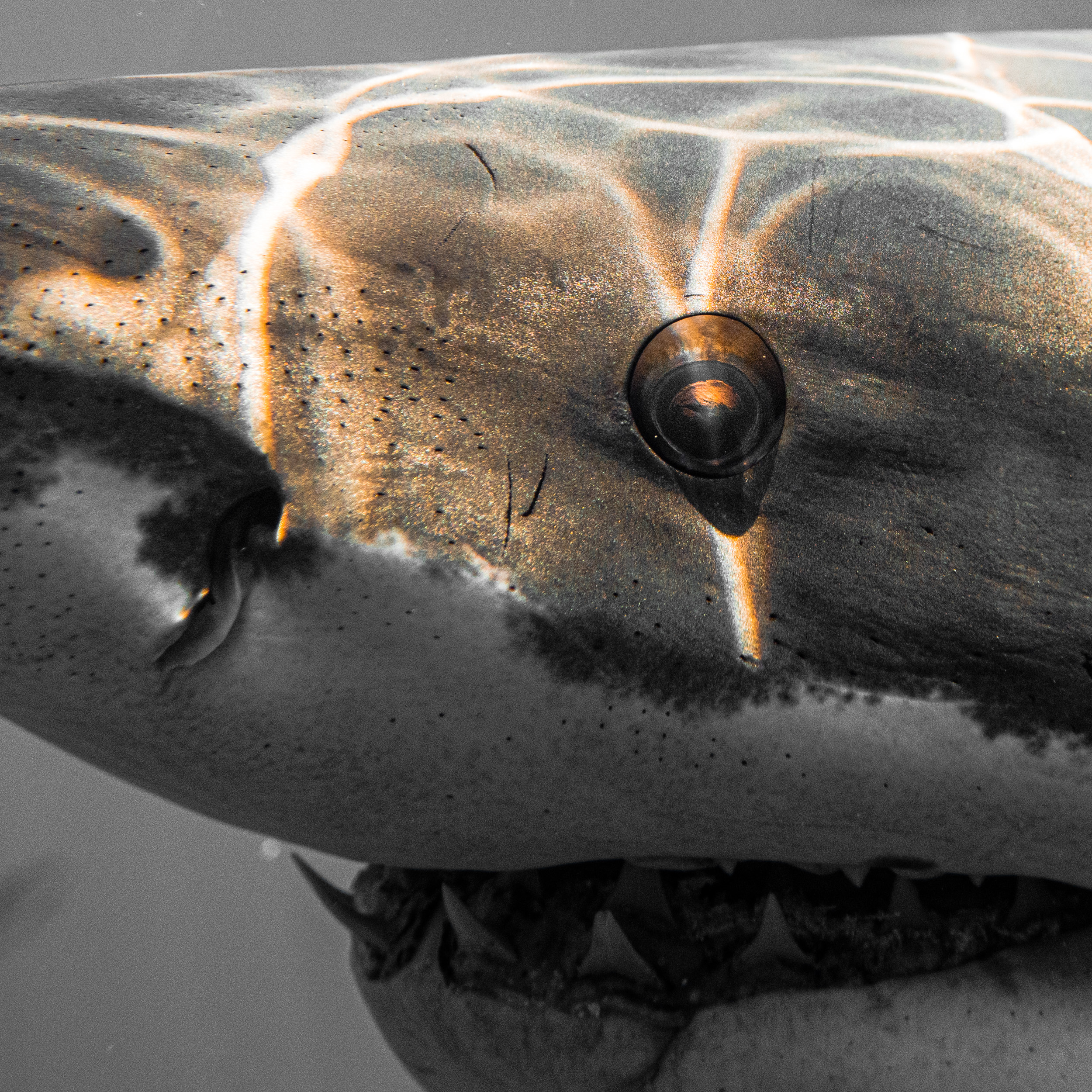 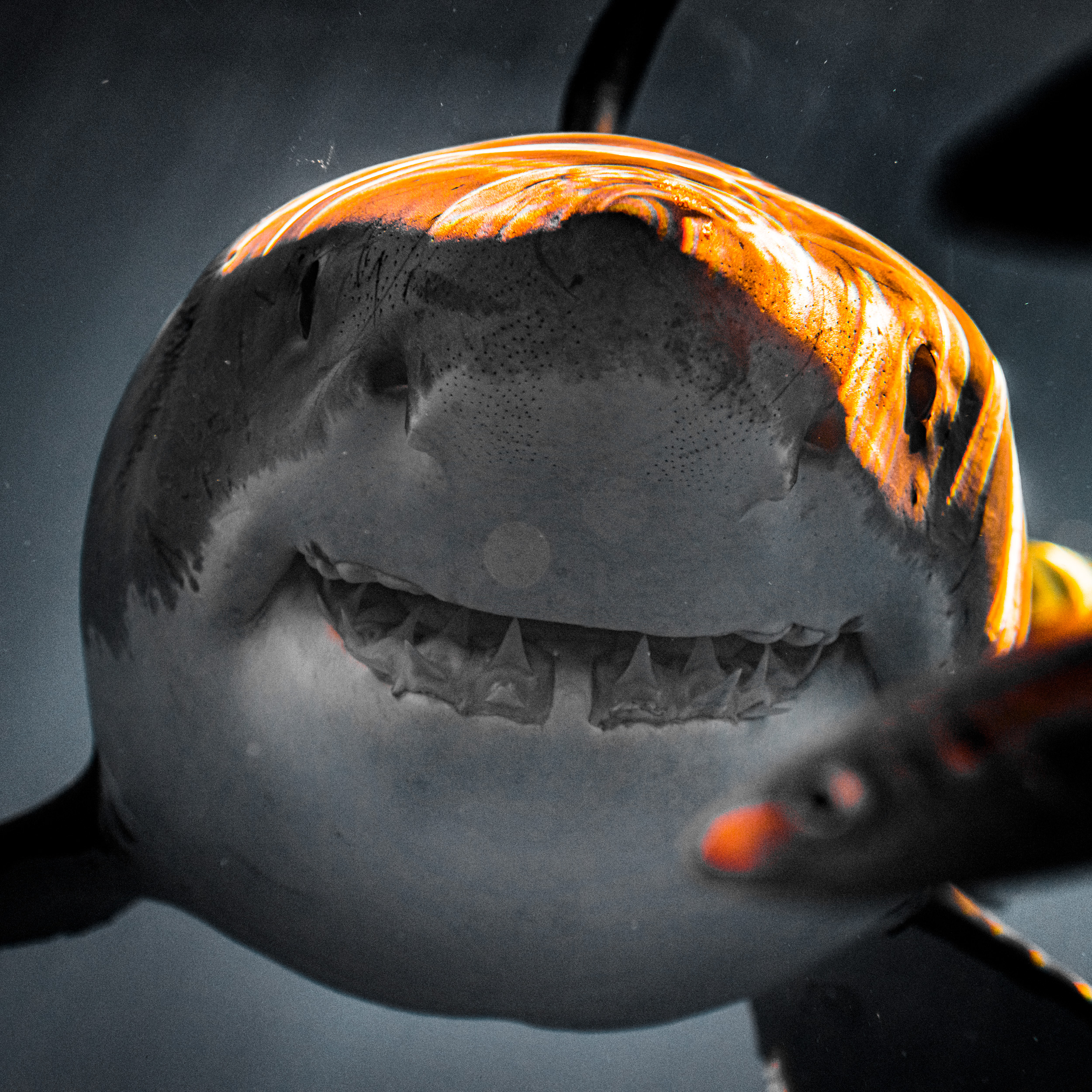