British holidaymaker who claimed he had slipped by a pool so his Magaluf hotel would pay his £33,000 hospital bill is caught out after video emerges of him leaping from a balcony into a tree before crashing to the ground

A British holidaymaker has been caught out after trying to make his Magaluf hotel pick up the cost of his medical bill for stupidly jumping from a balcony.

The tourist was filmed leaping into a tree and smashing onto the ground below after it failed to support his weight.

Majorcan daily newspaper Diario de Mallorca – which published the astonishing video – said he broke his collarbone and several ribs and claimed he had suffered an accident in the swimming pool in a fraudulent bid to get his hotel to pay his £33,000 hospital bill.

The hotel where the incident occurred on Monday has not been named.

Diario de Mallorca said hotel bosses contacted insurers after the youngster claimed he sustained his injuries when he slipped round the pool – but investigators for the insurance firm quickly established why he had really been hurt after discovering the video on social media.

The footage shows the tourist crouching down on a landing over stairs before jumping for the small tree below him, but he crashed through the foliage and was seen writhing on the ground in agony after the stunt backfired. 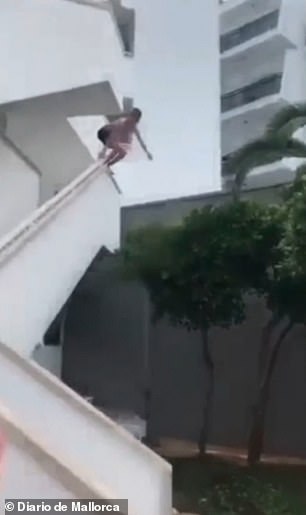 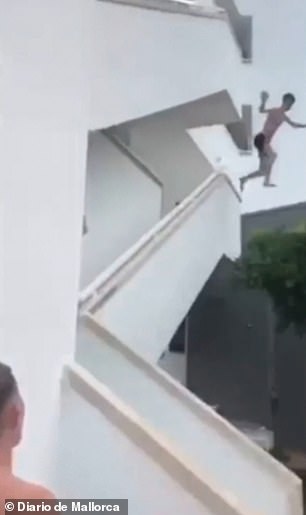 The British holidaymaker has not been identified.

It was not immediately clear today if managers at the hotel have called in police over the fraudulent claim.

It comes a week after another British tourist died after plunging from the second floor of a hotel in Magaluf. 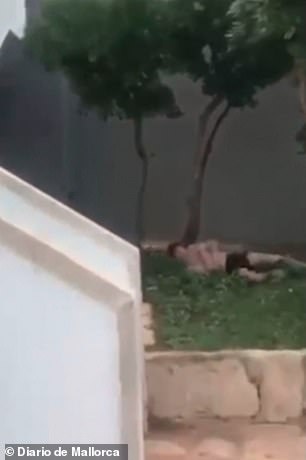 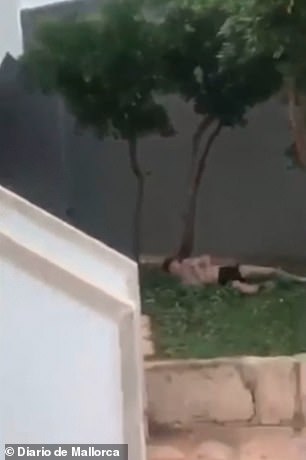 Freddie Pring, 20, was found lying on the ground by the entrance to an underground car park around 3am on June 7.

He was named locally as Frederick Alexander MacVicar, although it later emerged he was better known by the name Freddie Pring.

The Minehead Barbarians RFC player, from Watchet, Somerset, had been staying in a room with friends at the Sol Wave House hotel. 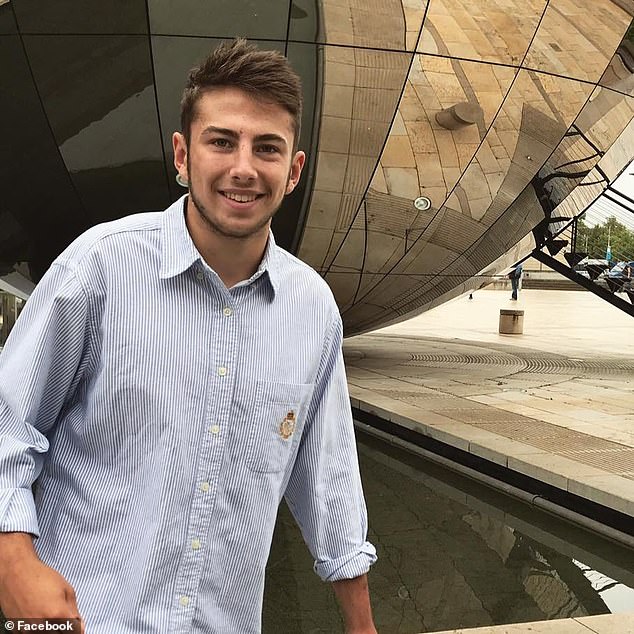 Freddie Pring, 20, was found lying on the ground by the entrance to an underground car park around 3am on June 7 after falling from the second floor of a hotel