British judges were today dramatically pulled from Hong Kong’s court of final appeal as ministers slammed the ‘systematic erosion of liberty and democracy’.

Foreign Secretary Liz Truss said it was ‘no longer tenable’ for them to serve in the former UK territory due to the behaviour of the Beijing-backed regime.

The decision that a ‘tipping point’ had been reached was taken following discussions with Justice Secretary Dominic Raab and Supreme Court President Lord Reed.

A ‘national security law’ imposed by China two years ago banned views being expressed on independence and restricted the media from criticising the regime, with people facing extradition to the mainland.

It sparked huge protests on Hong Kong and condemnation from the international community, with the UK offering refuge to thousands. 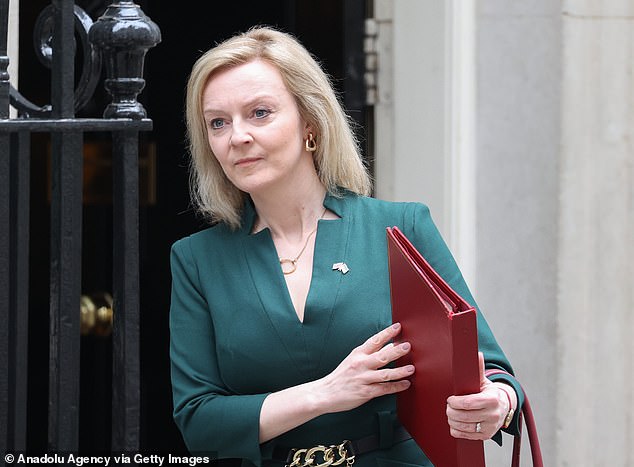 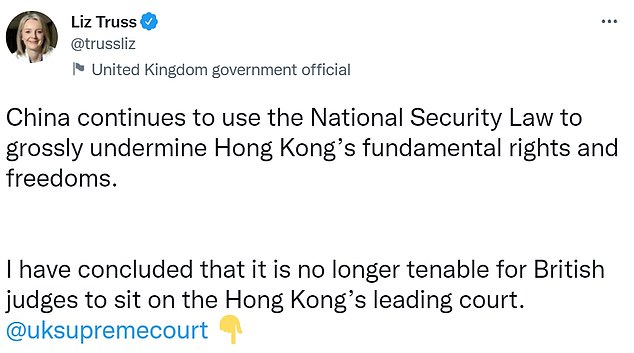 Lord Reed and deputy president Lord Hodge have both now quit as non-permanent judges at the Hong Kong court.

UK judges had continued to sit in the Court of Final Appeal since the territory was handed back to China in 1997.

Ms Truss said today: ‘We have seen a systematic erosion of liberty and democracy in Hong Kong.

‘Since the national security law was imposed, authorities have cracked down on free speech, the free press and free association.

‘The situation has reached a tipping point where it is no longer tenable for British judges to sit on Hong Kong’s leading court, and would risk legitimising oppression.

‘I welcome and wholeheartedly support the decision to withdraw British judges from the court.’

The Supreme Court president said: ‘The courts in Hong Kong continue to be internationally respected for their commitment to the rule of law.

‘Nevertheless, I have concluded, in agreement with the Government, that the judges of the Supreme Court cannot continue to sit in Hong Kong without appearing to endorse an administration which has departed from values of political freedom, and freedom of expression, to which the justices of the Supreme Court are deeply committed.’

Mr Raab said: ‘Since 2020 and the introduction of the national security law, our assessment of the situation in Hong Kong is that it has shifted too far from the freedoms that we hold dear – making free expression and honest critique of the state a criminal offence.

‘This flies in the face of the handover agreement we have had with China since 1997 and, having discussed at length with the Foreign Secretary and the President of the Supreme Court, we regretfully agree that it is no longer appropriate for serving UK judges to continue sitting in Hong Kong courts.

‘I thank our judges for being a bastion of international rule of law in Hong Kong over the past 25 years.’ 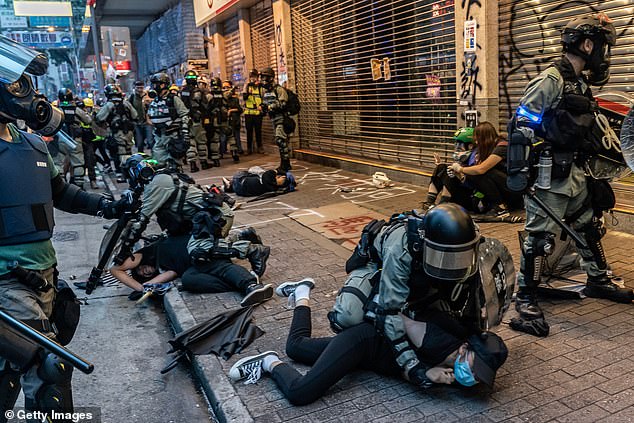