British woman, 72, found murdered in her St Lucia home was burglary victim, cops suspect – as it’s revealed man who ‘occasionally sleeps’ at the property found her body and raised the alarm

The British pensioner killed in her St Lucia home in the middle of the night was a victim of a burglary, police suspect.

Diana Theodore, 72, was found in a pool of blood bound and gagged with a cloth tied around her head in the early hours of Saturday morning, near her dead dog.

A man who often sleeps at her home, which is fenced off and has an electric gate, raised the alarm after finding her body, according to local news outlet Loop.

No screams or sounds were heard by any neighbours despite some living as close as 50 yards away in the Choiseul community.

A source said a few hundred dollars and other items were stolen from the ransacked house, but police are yet to make an arrest. 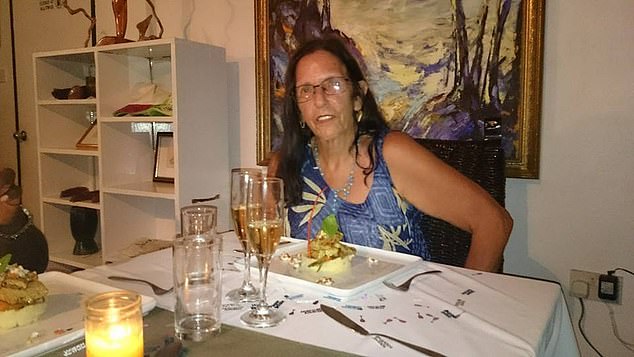 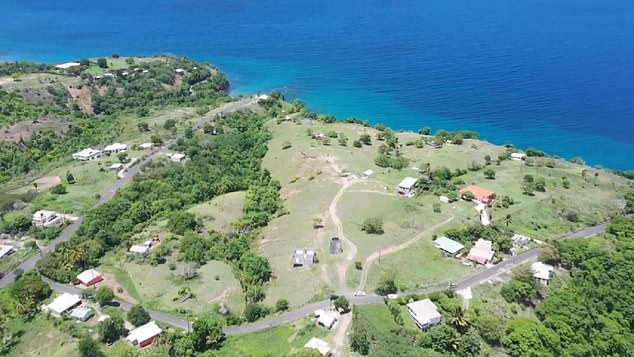 The pensioner was discovered at her house in Morne Sion (pictured), Choiseul, in the early hours of Saturday morning

Superintendent Luke Defraitus of the Major Crime Unit said: ‘The Choiseul police received a report of burglary sometime after midnight.

‘Upon arrival on the scene, the owner of the residence was discovered bound and gagged and was later pronounced dead. An investigation is on the way.’

Ms Theodore has been described by neighbours as a friendly woman who had no issue with anyone in the area.

The community activist mother-of-one had been living in St Lucia for more than 30 years.

A local resident told local news site Loop News: ‘He came to us and said he has not seen her so we all went in search of her but did not find her. 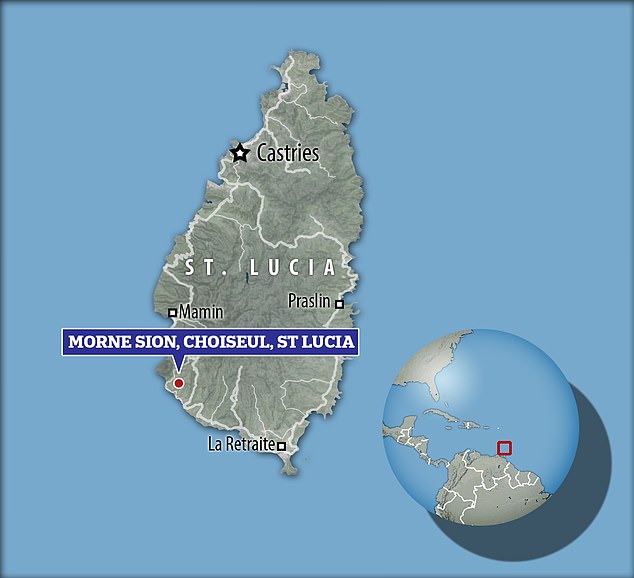 The community activist mother-of-one had been living in St Lucia for more than 30 years and was reported missing by a friend (pictured, map showing her home in Morne Sion)

‘We all went looking to try to find her as she is always at home. It is not like her not to be seen in this small village. She was friendly and has been living in Morne Sion for many years now.’

Another resident said: ‘She was a very nice person, every time you see her, she would be smiling, her teeth always out.

‘She’s such a nice lady for her to have been treated that way,

‘Everybody is just in shock and very sad because she is such a nice lady and did not deserve this at all. Things like that don’t occur in Choiseul.’

Ms Theodore left the UK many years ago to settle in St Lucia where she was a community activist, and her daughter works in the UK as a university lecturer. 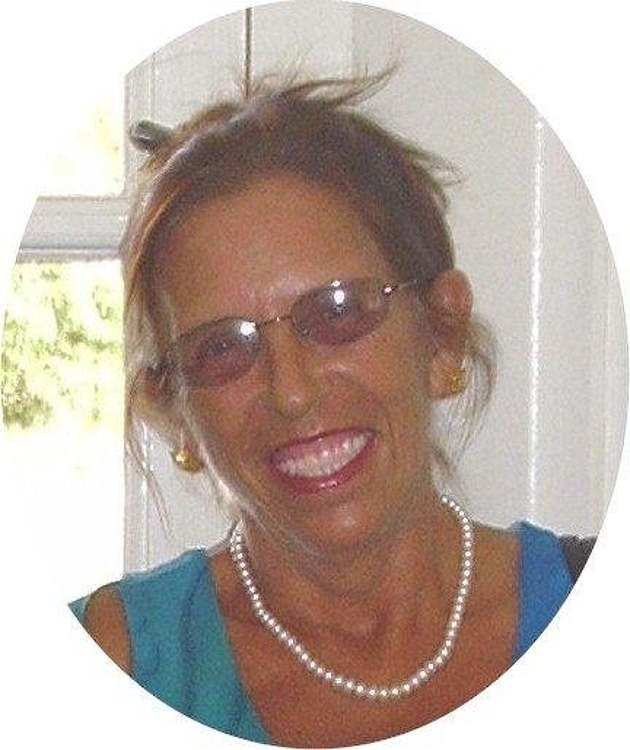 A Police spokesman in St Lucia said that they are investigating the murder.

They said: ‘We got an early call today about a woman and her dog who were found dead in her house and are looking into this as a matter of urgency.’

The Saint Lucia National Trust (SLNT) has extended condolences to the family of the deceased, describing her death as tragic and untimely.

They said: ‘Diana was a passionate and vocal advocate for Saint Lucia’s natural and cultural heritage.

‘She was a long-term member of the Trust who also served on Council and regularly contributed her ideas, concerns, and advice in areas of conservation and community interest.

‘Diana will be sorely missed,’ the SLNT statement said.