Home » Britons are less than impressed as 'green list' is revealed

‘Looking forward to a freezing fortnight in the Falklands?’ Britons are less than impressed with prospect of holidays to the South Sandwich Islands off Antarctica as ‘green list’ is revealed

Britons across the country were left far from impressed after the Transport Secretary unveiled the list of 12 overseas destinations holidaymakers can visit without self-isolating.

Holidaymakers took to social media to poke fun at the 12-strong ‘green list’ of nations confirmed by Grant Shapps in his press conference tonight, with some branding the list ‘laughable’.

The countries on the green list from May 17 are: Portugal, including the Azores and Madeira; Australia; New Zealand; Singapore; Brunei; Iceland; Faroe Islands; Gibraltar; Falkland Islands; South Georgia and the South Sandwich Islands; Saint Helena, Ascension and Tristan da Cunha and Israel.

But two of those countries, Australia and New Zealand, will not currently allow British visitors to enter.

Following the announcement, one social media user wrote on Twitter: ‘How about a holiday in the Falklands? Or St Helena? Or Israel (but not the West Bank or Gaza of course).’ 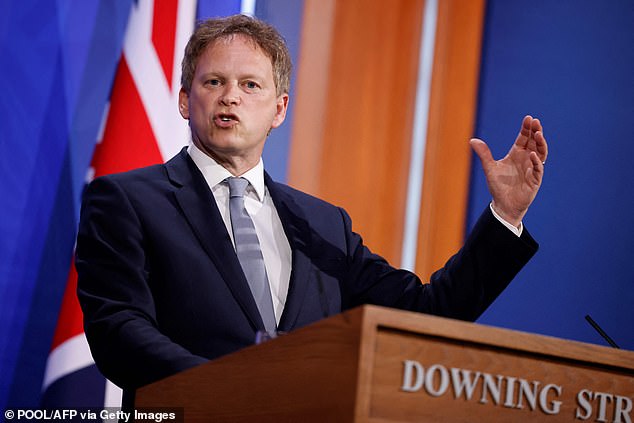 While another commented: ‘Oh good. I’ve always wanted a holiday in the Falklands.’

Another person wrote: ‘We’re going to be having holidays in caravans around England for the next 20 years unless ye (sic) fancy a wild one to the Faroe Islands.’

And another said:  ‘Falklands or Faroe Islands. Decisions, decisions.’

Meanwhile one holidaymaker wrote: ‘Falklands and Ascension Islands. All those favourite holiday destinations…laughable.’

During his press briefing today, Mr Shapps explained that holidaymakers to ‘green list’ countries will not have to quarantine on their return.

However they will still be required to take two tests, one within three days of flying back to the UK and another within 48 hours of arrival. This will apply to vaccinated as well as unvaccinated passengers.

He also said that France, Spain and Greece were not yet ready to make the green list on the new traffic light system that is being introduced. 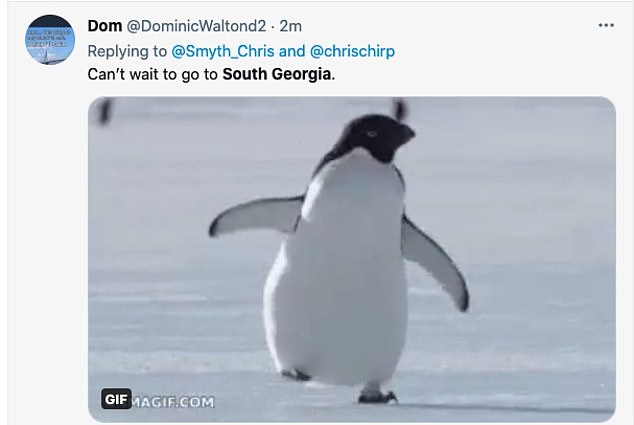 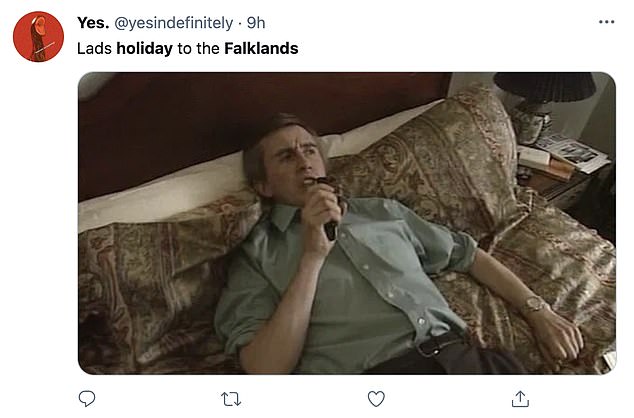 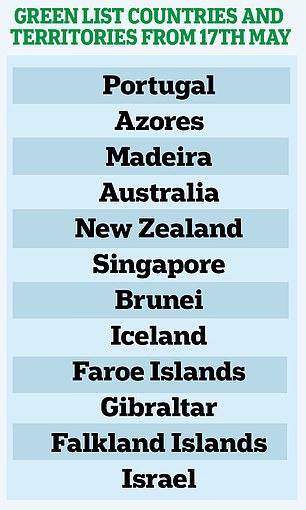 ‘If we start to have any concerns, and if it is necessary because of a new upswing in cases or a new variant, we will not hesitate to act fast and withdraw green status.’

He added: ‘Our strong advice is not to book any holiday which does not include a refund in the event that the Covid-related situation changes and you’re able to cancel.

‘I’m afraid we do expect longer delays at airports.’

Tourists from amber countries will have to take a second post-arrival test on day eight as well as self-isolate at home for ten days.

And arrivals from red countries will have to quarantine in hotels at their own expense for 11 nights.

The DfT also announced that from May 17, people who have had both doses of a coronavirus vaccine will be able to use the NHS app to demonstrate their status.

People who do not have the app will be able to request an NHS letter from that date.

During the press briefing, Border Force director general Paul Lincoln warned that wait times to enter the UK were likely to take longer than usual as the country switched to a traffic light system for international travel.

He said: ‘Unfortunately we are not back to normality yet.

‘Travel will be different and, as the Transport Secretary says, we still need to be cautious.

‘There will continue to be additional health checks for every person crossing our border and inevitably that means it will take longer for most people to enter the UK.

‘These measures have been put in place to protect the hard-fought gains and sacrifices that have been made by individuals and society in the UK, minimising the risk of importing variants while protecting the success of our vaccine rollout.’ 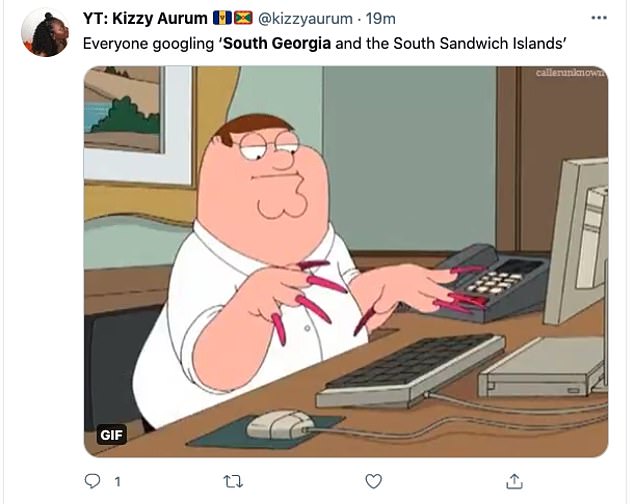 Despite the significant move forward in reopening the travel sector today, the World Travel & Tourism Council (WTTC) said many would be ‘hugely disappointed’ that the US and other nations are not on the Government’s travel ‘green list’.

President and CEO Gloria Guevera said: ‘We welcome this first initial step by the UK Government to begin opening the door to international travel with the announcement of today’s ‘traffic light’ system.

‘However, airlines and the wider travel and tourism sector will be hugely disappointed that the US, which has a similar vaccination success rate, has not been included on the ‘green list’ as it would have enabled the resumption of transatlantic travel, which would have thrown a vital lifeline to the sector in two of the biggest travel and tourism markets in the world.’

The latest announcement comes as the UK recorded 2,490 positive tests across the country in the past 24 hours, according to the Department of Health’s daily update, which was up very slightly on the number last Friday (4 per cent).

Officials also recorded another 15 lab-confirmed deaths within 28 days of a positive Covid swab, the same amount that were recorded a week ago.

Latest figures show that more than 35million Britons have been given at least one dose of Covid vaccine, after another 135,470 first injections were administered on Thursday.

The NHS also administered a further 473,000 second doses, bringing the total number of people fully vaccinated against the disease to 16.7million.

Earlier today, Boris Johnson said while the ‘epidemiology was very encouraging’ the nation still needed to ‘be cautious’.

Talking to reporters in the former Labour stronghold of Hartlepool today he said: ‘I think it’s been very important for our country that we’re able to get through Covid as fast as we can. I think we’ve got to always bear in mind that this thing isn’t over.

‘I think the epidemiology is very encouraging at the moment but we’ve got to continue to be cautious, and we will continue with the cautious but irreversible steps of the road map.

‘I can’t see any reason now to delay any of the steps that we’ve got ahead of us, but that’s going to be our programme.’

Which countries are on the red and amber lists?